This guest post is by Josh Manning, a military veteran, and state civil rights investigator who lives in Helena, Mont. Follow him at @joshuamanning23

Several months ago, I tied a suicide bombing in Iraq to the belief system among some of the new militia movement in the West. What I left out in that account, and that has now roared to the forefront of the moment, is the American soldier who died in that attack. His name was Humayun Khan, an Army Captain at the time, who gave his life to save so many others. That he, and his immediate family, end up inexorably tied into this bizarre Presidential cycle has taught me a lot about what leadership means in this moment.

I served with Captain Khan in Iraq. He was an officer in a mechanized infantry division, the First Infantry Division (aka the “Big Red One”) and was not in the infantry but rather an ordinance officer in another part of the unit meant for support personnel. In 2004, the Third Brigade Combat Team of the division deployed to Baqubah, Iraq and we took pride in our collective name, The Dukes of Diyala. It was, and still is, a restive province about an hour north of Baghdad with a population evenly divided among Sunni, Shia, and Kurdish Iraqis. Captain Khan, like the thousand or so rest of us stationed at FOB Warhorse, survived near daily mortar and rocket attacks along with the occasion car bombing at the gates. 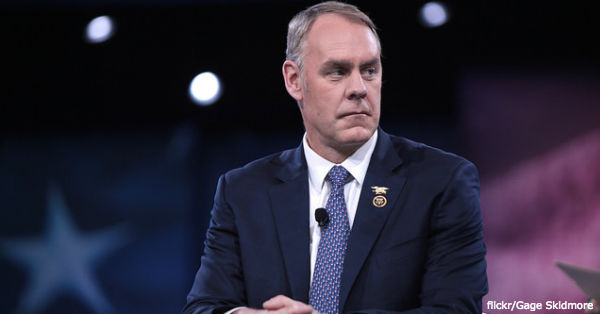 I did not know him well because those of us with access to national secrets kept to ourselves and people seemed frightened of what we may know. But like anyone else in the unit, I would have done what I could to keep him safe. Captain Khan died on my 30th birthday, the same day I took the step to becoming a non-commissioned officer.

Like any of us, he pulled gate guard. One of my good friends was on duty that day, who was a specialist at the time (E-4 for military-minded folks). So normally on gate guard, the specialist is the one who deals with weird things while the officer-in-charge communicates or directs traffic. But not Captain Khan. He approached a rapidly approaching car because it was out of the norm.

He took those steps forward then it exploded. It was early morning, maybe around 8 a.m. I remember the sound of fighter jets dropping bombs on the date trees outside the base against those who launched for mortar and rocket crews and the sound on that June morning was louder. Just a massive, MASSIVE, explosion. There were chunks of engine block that flew over people walking to their duty stations on base. It was a major attack. Captain Khan, again a Muslim soldier, took the brunt of that hit for everyone at the gate. The killer was a Muslim too. Stop for a moment and consider this very important moment—an American Muslim soldier protected his fellow Americans, some Jewish like me, from the chaotic and indiscriminate deaths at the hands of a Muslim suicide bomber from another Arabic land. Captain Khan stepped up when many of us would have stepped back. 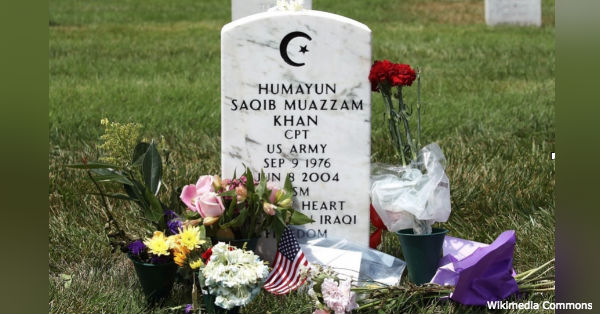 He had joined the Army to do anything than what he was doing at the gate that day. None of us considered those extra duties when we joined, but he, like every other soldier, went forward and did what he or she was supposed to do. On that day, he did even more than he needed to do. There are people alive today who owe their lives to him. No one from the Dukes of Diyala has forgotten that.

So when I heard his father speak all these years later, everything came back up. I thought it would end there. Who in their right mind would go up against all Captain Khan did and who would demean the parents that raised him to act in such a noble way?

Yet here we are. This election cycle has been anything but normal and we are all expected to just adjust to it that way. But that is not the right formula. Some things are beyond the pale and, again, demeaning the name of an American officer who gave his life to save countless others and the family who raised him is not the actions of a patriot. In the past few days, the Republican candidate for President has done just that. His surrogates have done the same and said even worse things in some cases.

Some thing are supposed to transgress politics. Many of my fellow Dukes of Diyala are staunch Republicans and have posted some awful memes about Democrats. Nonetheless, when Captain Khan’s family spoke up at the Democratic convention, we collectively went silent for awhile then talked about how wonderful it was to hear from his father and mother. 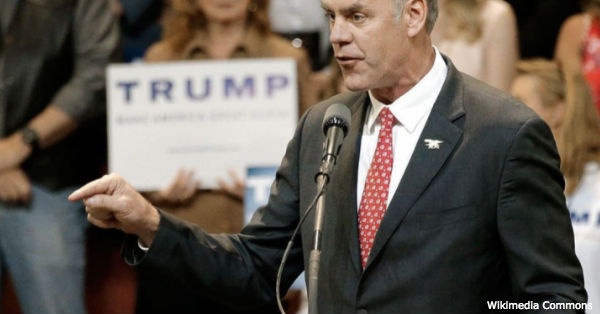 Bringing it back home, we have a Congressman who has run his entire campaign on the idea that he is an honorable officer. As an elite Navy SEAL (has he ever mentioned that before?), Congressman Ryan Zinke has a taller order than most to stand up for the military and its members. As someone who used his rank and privilege to gain public office, he should be out there at the forefront to defend the service of anyone who took the pledge for their nation.

After a few days, he posted a vague statement to his personal Facebook page but that’s it. Apparently in today’s world a U.S Congressman quietly posts to Facebook and calls that a media release. He did not actually call out the presidential candidate he has endorsed other than to say both the candidate and Hillary Clinton should apologize for offending the military and their families. I am not sure what the congressman is accusing Mrs. Clinton of having done. Then the rest of the post is about saving military lives when he has endorsed a candidate who wants to torture again, is easily prodded into taking overly aggressive actions, and has a national security team around him that spouts conspiracy theories. Sounds like a future of peace and prosperity, right?

So we will still wait for Congressman Zinke, for any Montana Republican, to say or write something in opposition to their candidate for the nation’s highest office because maybe that will tame him a bit more. But they will not because they want to ride this same wave through November. As Don Pogreba has so well outlined at Intelligent Discontent, the congressman has been absent from his duty and has fallen into this trap. He has left his fellow soldiers, airmen, sailors, and Marines behind. The Montana GOP is acting in the same role, especially those who went to their convention with smiles on their faces.

It is easy to fall in line and take the safest way out. Congressman Zinke has spoken out for this Presidential candidate of hate, he has appeared by his side, and made appeals to be his closest surrogate. At a moment when even some in the same party have spoken out against this new phase of the campaign to belittle a fallen soldier and his family, some have stepped forward. But Montana’s Congressman, Senator Daines, and every other Republican running for office have either not commented or threatened to cancel their endorsements.

So let me say something for the other party, the Democrats that are supposedly against the military and patriotism (you said as much on the Montana legislative floor in 2015, Representative Art Wittich, who also was front and center at the GOP convention to show his support). You do not own this nation, its flag, or service to this country. I, we, do not own it either. But let it be known that no matter what their underlying beliefs, we do not attack or belittle the service of dead Americans or their families. Any of you who support or defend the actions and beliefs of the Republican candidate for President of the United States lack a moral center. It is as simple as that. Remember this on that second Tuesday in November 2016.