The Youngest American KIA In Vietnam Is Way Younger Than I Thought!

When you hear the words “the youngest American Killed In Action in the Vietnam War,” you might think 17 or 18 years of age. There were many who were of that age who fought in Vietnam. But you would be wrong.

Today, I want to tell you a story about a very unique Marine indeed; an uncommon Marine. It is hard to believe, but PFC Dan Bullock was 15 years old when he was killed in action during an extremely intense battle in An Hoa, Quang Nam Province on June 7, 1969. 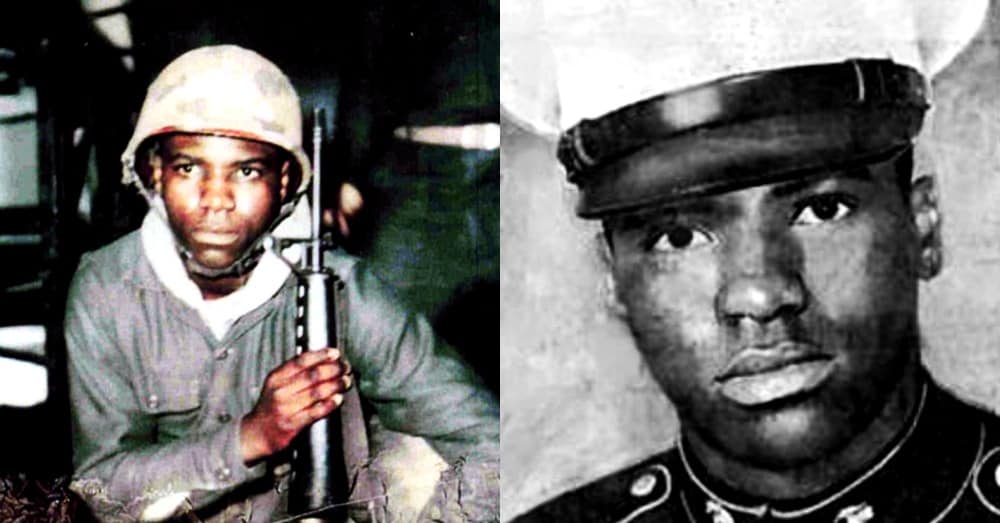 Via the Vietnam Veterans Memorial Fund

The character of this young man was already evident in his early teens. When he was 12 years old he was living with his mother in Goldsboro, North Carolina. She died suddenly and he and his younger sister, Gloria, had to move up to Brooklyn to live with their dad and his new wife. Neither the streets of Brooklyn, nor the local schools offered him what he was looking for in life.

Bullock, like many boys of his age, was enamored with the military, especially the Marines. He was 14 years old when he appeared at a Marine Corps recruiting station in Brooklyn with his “doctored” birth certificate. He had somehow changed the dates on the certificate indicating that he had been born on Dec. 21, 1949. His actual birth date, though, was, Dec. 21, 1953. How he was able to get away with it is a matter for another article maybe, but the fact is that he did.

Bullock was a big kid already, and strong. He looked older than he really was. He was accepted and sworn in to the Marine Corps and went to boot camp on September 18, 1968. He was still only 14 years old.

Boot camp was difficult for him. He almost washed out due to the fact that his 14-year-old body, though strong, had not yet developed the stamina that a few more years would have given him. He would fall behind on the long runs and would often have to be helped by fellow recruits. Some in his recruit platoon thought he was a bit slow but the fact is that, though he was smart, he was still just a naive 14-year-old boy. Yet, he was a meticulous Marine. He worked harder than most and always wanted to do well in everything. He was able to get through boot camp successfully and six months later he received orders to Vietnam. He was assigned to Fox Co., 2nd Bn., 5th Marine Regiment.

His unit was stationed at An Hoa in Quang Nam Province in June of 1969. On the night of June 7, North Vietnamese army units attacked their position with heavy mortar and small arms fire.

During the intense battle, Bullock immediately recognized that the ammunition supplies were being rapidly depleted. He began carrying the needed ammo to his brother Marines. His commanding officer, Capt. Robert Kingrey, wrote of his actions to his family after he had been killed, saying in part, “he constantly exposed himself to enemy fire in order to keep the Company supplied with the ammunition needed to hold off the attack…He was mortally wounded by a burst of enemy small arms fire and died instantly at approximately 1:50 a.m.”

Many of his brothers fell that night as well. Of the 45 who were engaged by the enemy that night, only 20 walked away. When Kingrey wrote that painful letter to the Bullock family, neither he nor any of Bullock’s fellow Marines knew that he was only 15 years old.

The following video was taken over a month and a half after Bullock’s death.

Dan Bullock’s life was short, but it was packed with nobility. Though far too young, he would prove himself to be a man, a man made of sturdier stuff than most. As a Marine in Vietnam, he would willingly sacrifice his life for the good of his brothers in the fierce environment of battle. He was buried quietly in his hometown of Goldsboro, NC, in a simple and unadorned grave. When Sally Jessy Raphael, an 80s talk show host, found this out, she purchased a proper headstone which now adorns his grave.

PFC Bullock’s real age would not be revealed until a local news reporter went to his father’s house to interview him for a story about his son. It was only then that his real age was discovered.

The Veterans Site remembers you,

PFC Dan Bullock. We honor your memory with a mixture of sadness and pride. Despite your age, you were a man among men.