This Crazy WWII Beer Run Is A Story For The Ages

In December of 1944, Vincent Speranza was a private with H Company 501st Airborne Division stationed outside the town of Bastogne, Belgium. The Germans had surrounded the town and the 501st was deployed in defensive positions determined to hold off the intense German counteroffensive and to prevent them from taking the town.

The Germans ultimate goal was to take the harbor at Antwerp and they had thrown everything they had into the effort.

On the second day of the battle, Speranza’s friend was hit in both legs by shrapnel and was taken into the town where the wounded were being cared for in the ruins of a church. The next day, Speranza was sent into Bastogne to get batteries for the company radios and he stopped by the church to check on his buddy.

This is where the story takes on a kind of comic relief in the midst of this huge battle. His friend wasn’t badly wounded, but he was not ready to be sent back out to the lines. Speranza asked his buddy if there was anything he could do for him and his friend asked him to get him some beer. 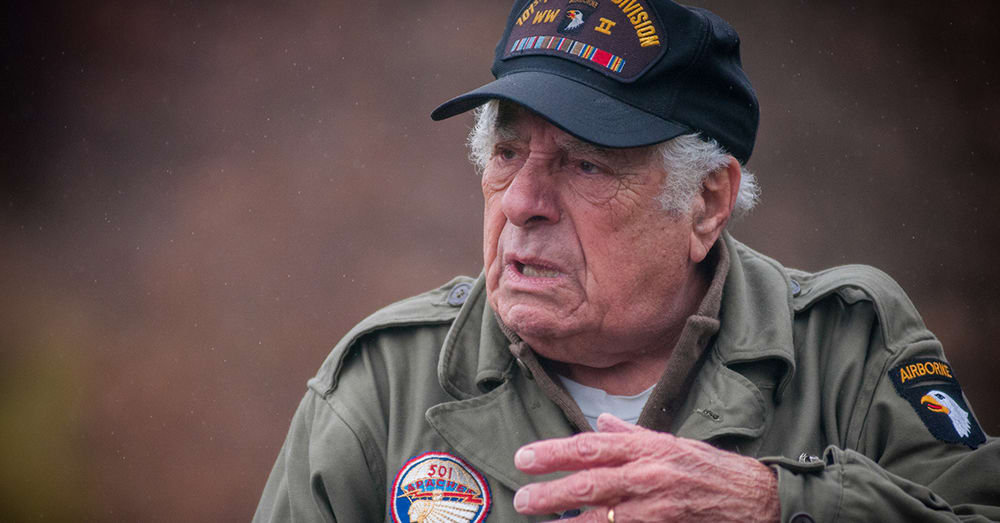 To make a long story short, Speranza went through the shell damaged streets looking into destroyed bars and taverns looking for something to drink for his friend.

He found one place where the beer tap still had beer in it. He put some beer into his helmet and went back to his friend with it sloshing loosely in that dirty helmet. He poured a beer for his friend and shared some of it with other wounded men as well until it ran out.

Then Speranza went back for more, but he was met by an angry Regimental Surgeon on his way back into the makeshift hospital. The officer read him the “riot act” and sent Speranza scuttling back to his fox hole out on the lines. 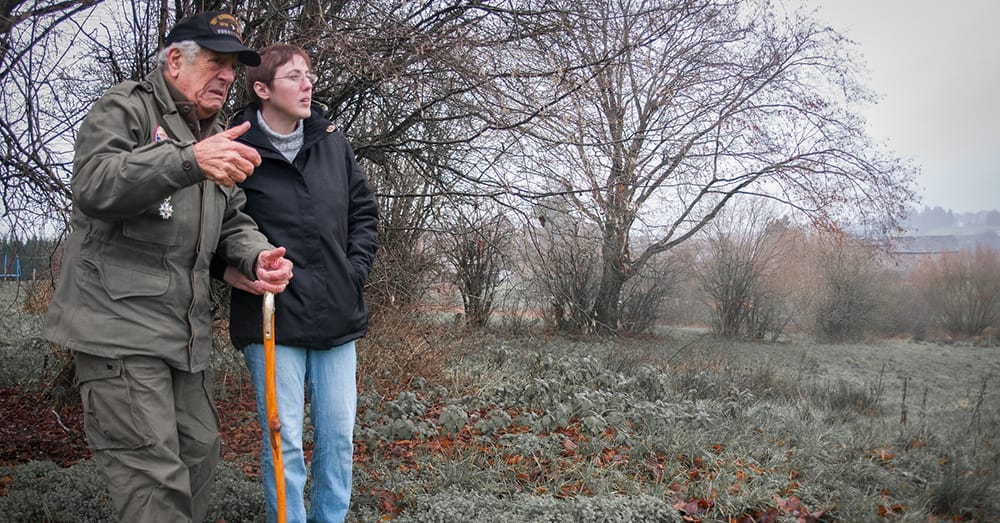 Fast forward 65 years — Speranza went back to Bastogne with his daughter for an anniversary celebration of the battle. Much to his surprise, his beer run during that battle had become the stuff of legend in Bastogne.

A local microbrewery has brewed a beer called Beer Run and they serve it in helmet shaped mugs. Little did he know that his serendipitous beer recon patrol during one of the worst battles of WWII would become a matter wartime history and of local brewery lore.

We love you, Vince. You are proof that even in the midst of war there is room for a little fun. You’ll love this video as the story is told by the hero himself. And what wonderful character he is to this day. Now you know the rest of the story.

Listen to Vincent Speranza tell the whole story in this video!

Marines Actually Called Customer Service During A Firefight: Click “Next” below!