On April 6, 1917, the United States entered the first great worldwide conflict known as World War I. Exactly 100 years ago on April 6, our country plunged headlong into “the war to end all wars,” for what seemed a really good reason.

When WWI broke out in Europe in 1914, the United States Army only had about 130,000 men in it. By 1917 it had grown to a force of about 4 million men and women. Two thirds of this growth came though the draft and one third were volunteers. As a result, WWI became the genesis for today’s modern army.

The U.S. involvement in WWI would last only about a year and a half as the war would end on Nov. 11, 1918, but our country’s contribution made all the difference. From the beginning of the war in 1914, to its end in 1918, there were over 38 million civilian and military casualties. Of those, some 18 million were killed as a result of actions, and over 20 million were wounded. Some 116,516 U. S. military were killed in action in that short year and a half that we were actively at war. 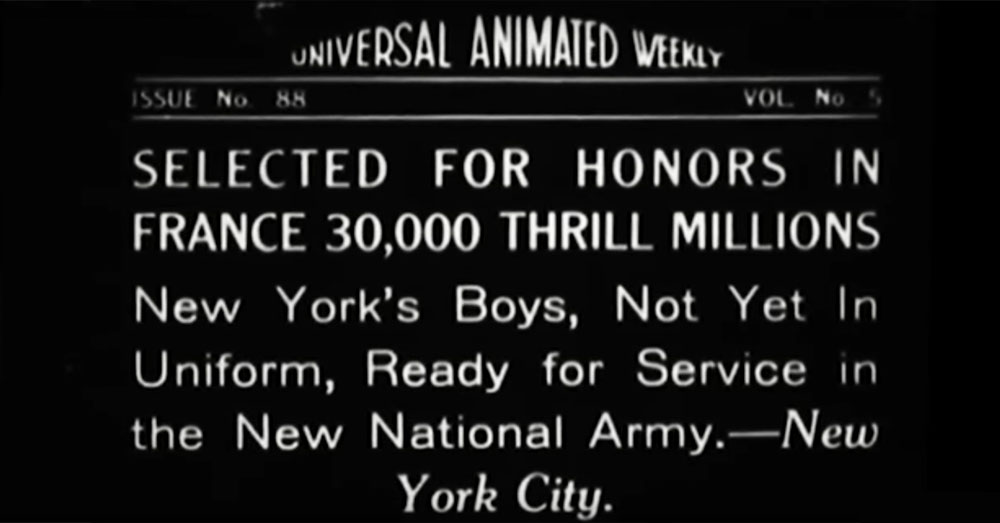 WWI happened at a time when the Industrial Revolution was at its height and new inventions technology, as well as in weaponry, were coming along at a furious pace. In the case of WWI, new weapons like the machine gun, the tank, the airplane and areal bombing capabilities, and chemical weapons were all coming on line and being tested in battlefield conditions. While these weapons were bringing newer capabilities of devastation to the battlefield, much of the way battles were fought were still of an older age.

Massive numbers of troops were brought up against other massive forces in what came to be known as trench warfare. Stalemates and weapons of mass destruction went hand-in-hand with huge numbers of deaths.

One of the cruelest, and in the end most immoral practices of this war, proved to be the use of chemical weapons. Things like mustard gas became a true horror on the front. The use of chemical weapons was considered so heinous that it would be condemned forever by the “Protocol for the Prohibition of the Use in War of Asphyxiating, Poisonous or Other Gases, and of Bacteriological Methods of Warfare” signed by all participants at Geneva in 1925. Sadly, such weapons are being used again today in Syria.

It took three long years before the U.S. entered that war. But when it did, it proved to be the difference in the war’s final outcome. It was during that war that the 5th Marines, who fought with such dedication and ferocity, would become known as “Devil Dogs,” a moniker given to them by the German troops that faced them on the battlefields like Beileau Wood.

Veterans Day next year will mark the 100th anniversary of the end of WWI.

The Veterans Site honors all who fought in the uniforms of the United States in WWI, whether on land, in the air, or at sea. They are all gone now, but we will not forget their courage and the sacrifices they made on behalf of the ideals of freedom.