When a military veteran was robbed of her transportation, she was obviously upset, but in learning her loyal service dog was stolen along with her Toyota 4Runner, Lana Whitner was at a loss for words, and life support.

Whitner’s 2-year-old Rhodesian Ridgeback mix Wrigley was in the vehicle when it was stolen from a Flying J truck stop near Indianapolis, Fox 59 reports. And without him, Whitner was in trouble. 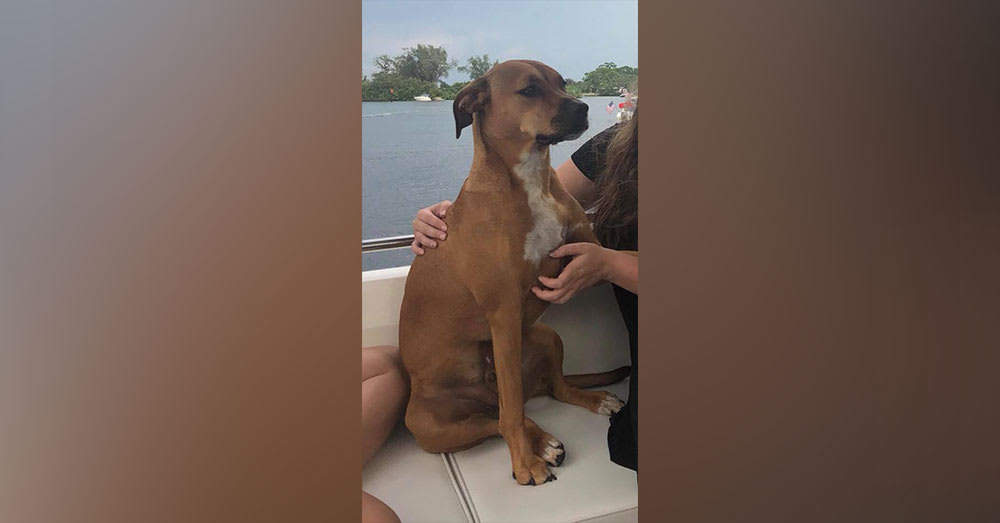 A few days later, police found the abandoned 4Runner, but there was no sign of Wrigley. Whitner was distraught having lost her means of support. She had raised Wrigley up since he was just a puppy, and had no idea where he may have been taken, or who had taken him.

“He was in the 4Runner when we stopped to get gas and somebody decided to jack the (Toyota) 4Runner,” Whitner told WTHR. The veteran’s husband, Tim, was putting gas in their rented U-Haul truck, and Whitner stopped inside the truck stop to use the restroom when the theft occurred.

Tim Whitner even heard the 4Runner’s engine start, but was helpless to stop it from driving off.

“It was going 45 miles per hour through the parking lot and into oncoming traffic,” he said. “I just couldn’t catch him. He was just too fast, so I tried to run.” 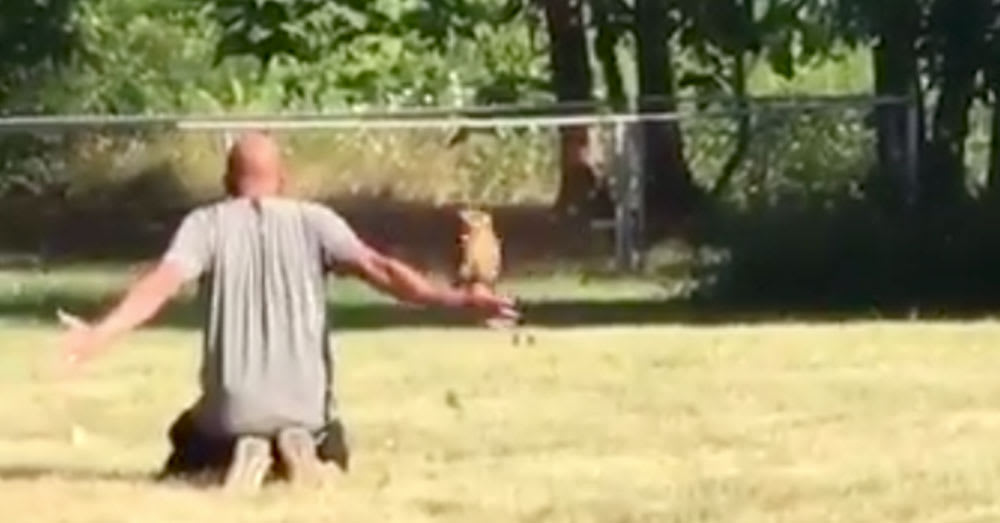 The couple were planning on moving to Florida to build a new life when their plans were suddenly derailed. It’s likely the perpetrators had no idea just how important the dog was.

“He’s everything,” Whitner said of Wrigley. “He does everything for me.”

Wrigley was able to alert Whitner when she was about to have an episode, and comfort her during those times.

“He’ll let me know, ‘Look, there’s something getting ready to happen’ and I know that, so I depend on him,” she said. 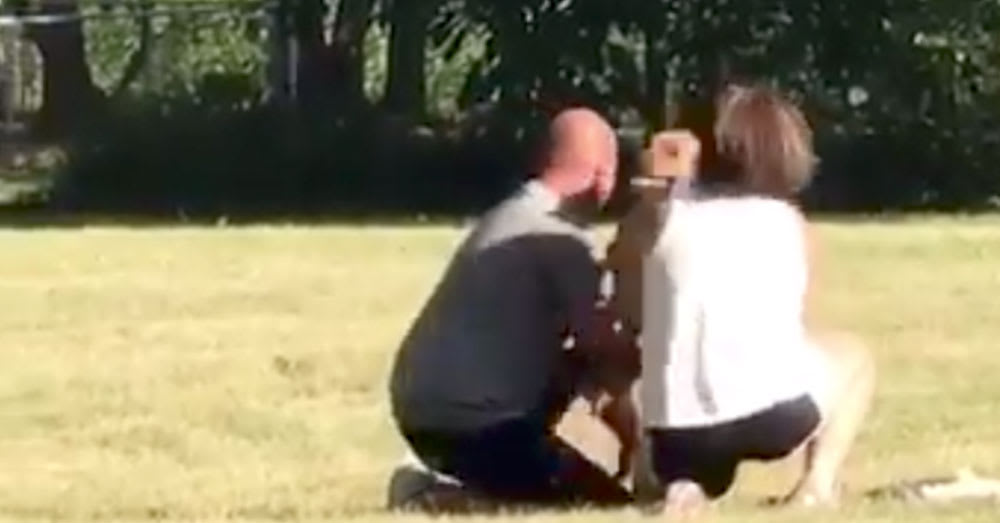 Source: Twitter/Fox59
The Whitner’s and Wrigley are overjoyed to be reunited.

Eventually, police were able to track down the 4Runner using a signal from Whitner’s mobile phone. They found the vehicle parked at a Walgreens, where the thieves had gone in to shop. And when they came out, they saw the police and started running.

Police eventually caught two of the individuals, but were not able to catch up with the man who stole the vehicle, and who likely knew where Wrigley was.

The dog was microchipped, and the Whitners had offered a $500 for his safe return. Thankfully, they live in a supportive community, too. A resident of Indianapolis’ southeast side spotted Wrigley running loose and alerted the police. The dog was a little shaken up, but no worse for the wear.

Soon after, he was reunited with his family, and the veteran who relies on him for help.

The look on Wrigley’s face, and the wag in his tail, are both proof positive that Wrigley is glad to be back with his family. Watch this exciting reunion in the video below!

Watch the amazing moment a veteran's missing service dog was reunited with its family this evening! (Video courtesy of @IMPDnews) https://t.co/4vSHg7WZam pic.twitter.com/3cDdwKeenC