Though this idea is controversial, it is a reality for our military today. Women have been serving in the military in many ways since the very beginning of our country. The most important difference today is that they are now participating in more and more actual front line combat specialties.

Women have been attending our military academies for several decades now. They have been serving in the officer ranks in a multitude of capacities and have been doing so with great distinction and success.

I have written about a few of them here before, most notably about Adm. Michelle Howard’s stellar career as a Naval Officer and her promotion to Vice Chief of Naval Operations (2 years ago), and Lt. Col. Nichole Malachowski’s story about her actions as a fighter pilot ordered to defend the nation’s capital during the terrible day of 9/11. 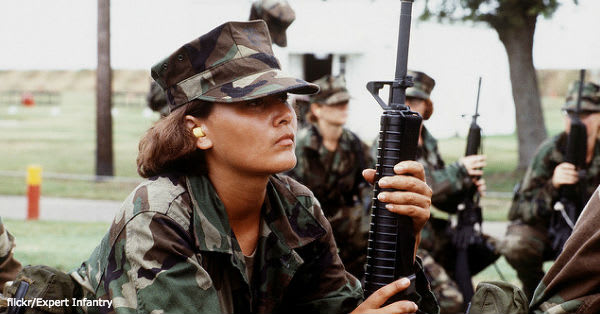 In January of 2013, Leon Panetta, then the Defense Secretary, announced that all military occupational specialties would be open to women unless the services argued for an exception. Since that time some 110,000 combat roles usually open only to men, have been opened to women. There are still some 200,000 combat roles that remain closed to women, according to an article on the Military Daily News site. The services are still studying the matter of which will remain closed to women and will be giving their reports on their findings to Secretary Ashton Carter by the end of the year.

In the meantime, women have been involved in many combat roles, either directly or indirectly, over the last 15 years. From 9/11 up to April of 2015, 161 women had been killed in action, and 1,015 have been wounded while taking part in the Global War on Terrorism. The Army alone reports that 89 women soldiers have been killed in action in Iraq and 36 in Afghanistan. 9,000 women have received the Army’s Combat Action Badge having been either actively engaging with the enemy or being engaged by the enemy, according to the Congressional Research Service. 437 military women have earned awards for valor, including 2 Silver Stars, 3 Distinguished Flying Crosses, 31 Air Medals, and 16 Bronze Stars. 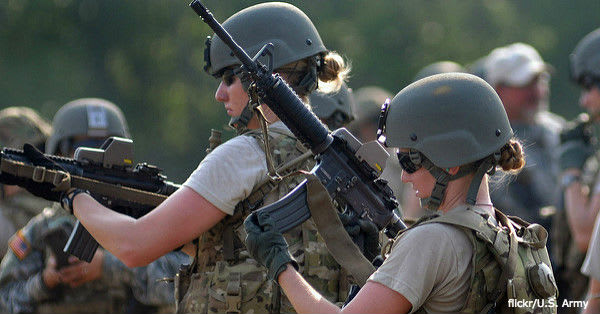 On September 18, she was in a convoy moving down Highway 10 in the Anbar Province of Iraq. Near Fallujah, they were ambushed. She was in a Humvee, one of four vehicles under her command that day.

The ambush began with the IED’s exploding on the road, then well-armed insurgents fired at the damaged convoy from reeds and ditches parallel to the road. Capt. McCoy immediately moved up and down the line checking her soldiers. Saluting American Valor reported that at one point during the attack McCoy saw an insurgent rise up and fire off an RPG round at the convoy. She took aim with her rifle and killed him and one other insurgent.

The fighting was incredibly intense. Three of her four vehicles were damaged or destroyed and there was only a four-seat Humvee to get all of her 11 soldiers into. McCoy had emptied most of her ammo clips and the machine gun on the Humvee was red hot and no longer workable.

When it was all over, some of her soldiers had minor injuries, but she was able to bring them all back alive. According to the citation for her Bronze Star with “V” device, “McCoy willingly and repeatedly took action to gather her up her soldiers under enemy fire and to direct fire at the enemy. Her actions inspired her men to accomplish the mission and saved the lives of her fellow soldiers.” McCoy is now a Lt. Col. serving at the Pentagon. 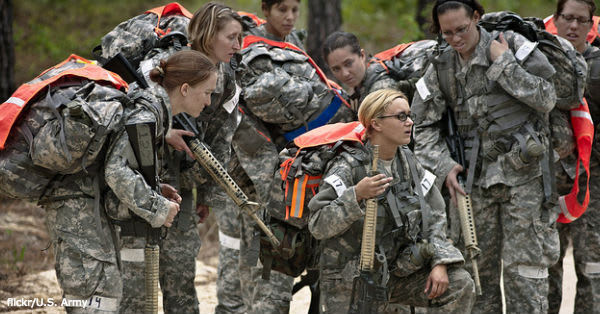 At the time that Pfc Monica Brown earned her Silver Star, she was an 18 year old medic with Charlie Troop, 4th Squadron, 73rd Cavalry Regiment in Paktika Province of Afghanistan. On April 25, 2007 she was taken with Charlie Co. on a vehicle patrol mission.

She wasn’t supposed to be going out on patrol missions but, according to the Military Daily News, Lt. Martin Robbins, the platoon leader that day, said, “We had to [take her] because there was no other medic.”

Pfc. Brown, rushed out of her Humvee after a vehicle in her convoy was hit with an IED. With small arms fire raining down, Brown bravely put herself in harm’s way to save the lives of two critically injured fellow soldiers. Brown was awarded a Silver Star for her actions that day.

While there is still controversy around the issue of women fighting in combat roles, women have clearly shown that they are as capable of bravery and action under fire as their male counterparts. War and war fighting is hell in any case. No one knows the truth of this better than veterans. And no one desires a peaceful world more than those who have gone through the terrible crucible of it before.

Whether the decision is made to finally allow women to participate in all active combat roles, remains to be seen. There are, of course, cultural biases and taboos, issues of sexual harassment, etc. that must also be openly taken into consideration and resolved in ways that are consistent with solid and arguably moral and ethical principles of justice.

It is not an easy decision. Nor should it be. In a perfect world there would be no more talk of war, and war would be no more, but we do not live in a perfect world. It behooves us to be prepared to defend ourselves from those who wish to do us harm. Women have as much of an interest and a claim to participate in the defense of the homeland.

The Veterans Site wishes to express its thanks to all of the women who have served in the Armed Forces of the United States of America. Your skills, dedication to duty, and your valor are worthy of our praise and our great respect. Thank you for your service. And when the time comes,