One of the newest United States Navy Arleigh-Burke class guided missile destroyers is to be named in honor of Hospital Corpsman Master Chief William Charette who received the Medal of Honor for actions during the Korean War.

Charette, a native of Ludington, Michigan joined the Navy in 1951 and after boot camp and Hospital Corps School he was transferred to the United States Marine Corps as a Fleet Marine Force Corpsman. The Korean War had begun and he was sent there as an Hospital Corpsman 3rd Class to serve with Co. F., 2nd Bn., 7th Marines, 1st Marine Division in 1953. 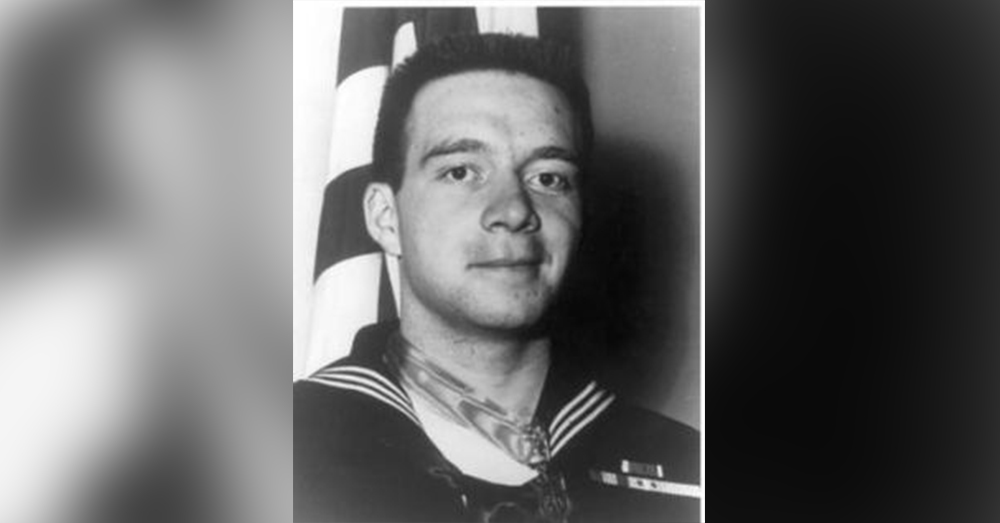 Source: Wikimedia Commons
Charette was awarded the Medal of Honor for his actions in Korea.

On March 27, 1953 his unit along with other units of 7th Marines were well in advance of other friendly forces when they were hit by a large enemy force that was well dug in and concealed. The fighting was extremely intense. Corpsman Charette began taking care of the wounded immediately. His Medal of Honor citation reads in part:

“Corpsman Charette repeatedly and unhesitatingly moved about through a murderous barrage of hostile small arms and mortar fire to render assistance to wounded comrades. When an enemy grenade landed within a few feet of a Marine he was attending, he immediately threw himself upon the stricken man and absorbed the entire concussion of the deadly missile with his body.

Although sustaining painful facial wounds, and undergoing shock from the intensity of the blast which ripped the helmet and the medical aid kit from his person, Hospital Corpsman 3rd Class Charette resourcefully improvised emergency bandages by tearing off part of his clothing, and gallantly continued to administer medical aid to the wounded in his unit and to those in adjacent platoon areas as well.” 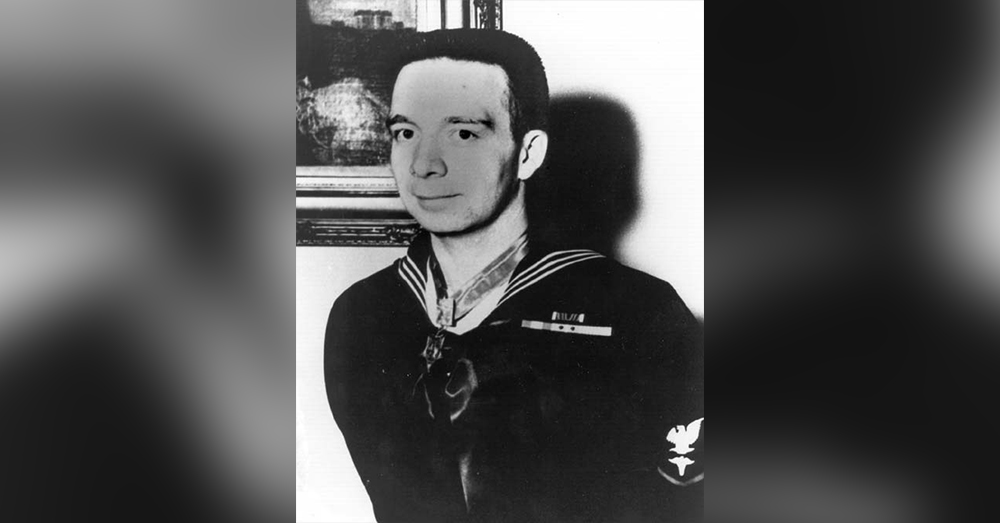 Source: Wikimedia Commons
He protected an injured Marine when an explosive device landed nearby.

When another Marine was hit in the chest and his flack vest was damaged, Charette removed his own and placed it on the wounded Marine. He also went to the aid of another Marine in a shallow trench who was hit in the leg and was in severe pain. Charette had to stand up uncovered from the continuing, intense small arms fire as he helped get that man to safer ground.

Charette would be one of only five enlisted men to receive the Medal of Honor during the Korean War. The Medal of Honor was presented to him by President Eisenhower in the White House in 1954. Corpsman Charette was a great example of those who have served as Fleet Marine Force combat Corpsmen with their Marine brothers in the field. The Hospital Corps is the most highly decorated unit in the United States Navy. Charette would go on to serve a 20 year career in the Navy. 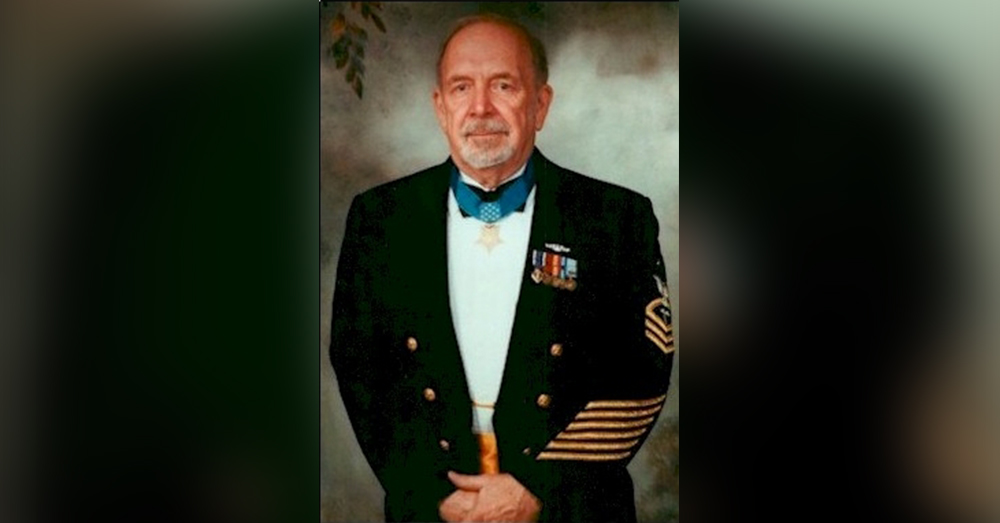 Source: Wikimedia Commons
William Charette was from Ludington, Michigan. He passed away in 2012.

The USS William Charette, an Arleigh-Burke class guided missile destroyer and its future crews will continue the legacy of this courageous and dedicated Corpsman. The Secretary of the Navy, Richard Spencer said of this naming: “Charette put himself at extreme risk during intense combat to render aid to Marines in need. His efforts saved lives and I am honored that his legacy will live on in the future USS William Charette.” 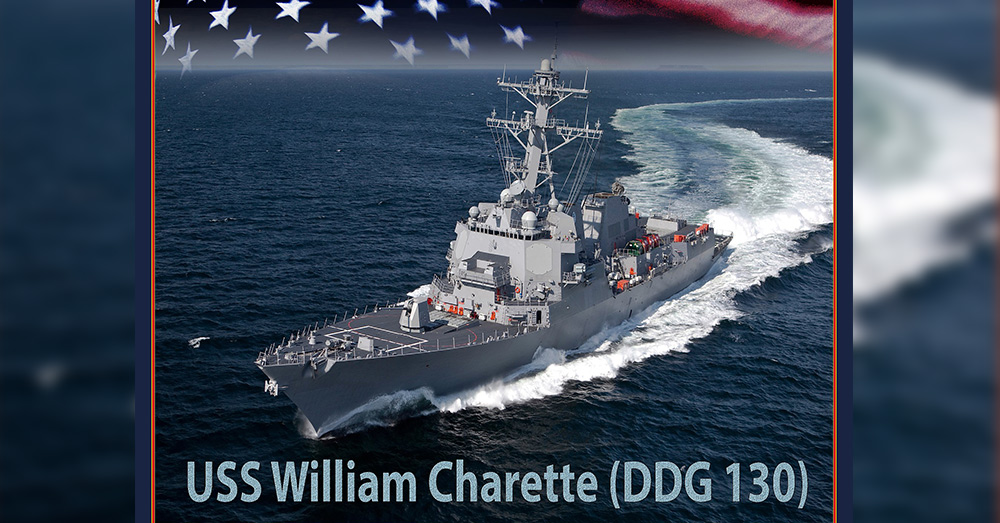