Veterans will be a small step closer to having access to medical marijuana with the support of the U.S. Senate.

Now, doctors employed by the Department of Veterans Affairs can recommend medical marijuana to patients without the worry of federal agents shutting down their practice. The Veterans Equal Access Amendment to the the 2016 Military Construction and Veterans Affairs (MilCon-VA) Appropriations Bill, sponsored by Senators Steve Daines and Jeff Merkley, prohibits federal funds from being used to prosecute or punish physicians who want to discuss using cannabis with their patients. High Times Magazine reported that the bill also prevents VA clinics from disqualifying veterans from receiving prescription drugs and other services simply for testing positive for marijuana. 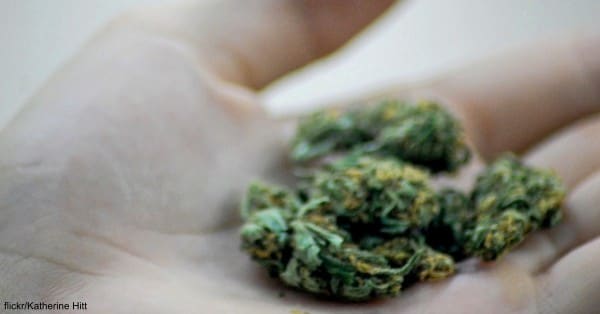 In a story by Weed Weekly, Robert Capecchi, director of federal policies for the Marijuana Policy Project praise the bill’s directive in making medical marijuana more accessible for vets.

“It will save veterans time and money, and it will allow them to have more open and honest discussions with their primary care providers,” he said.

According to DrugPolicy.org, this also clears up some hypocrisy in the system. In federal healthcare programs like Medicaid, Medicare, and CHIP, doctors can freely discuss medical marijuana, but only the VA prohibits discussing and recommending the drug, denying veterans the same right that many others have.

“Veterans deserve the same health-care options as our civilian counterparts. Passage of this bill will begin the process of allowing veterans to discuss the risks and benefits of medical cannabis with their doctors,” said Scott Murphy of Veterans for Safe Access and Compassionate Care, as reported by Westword. 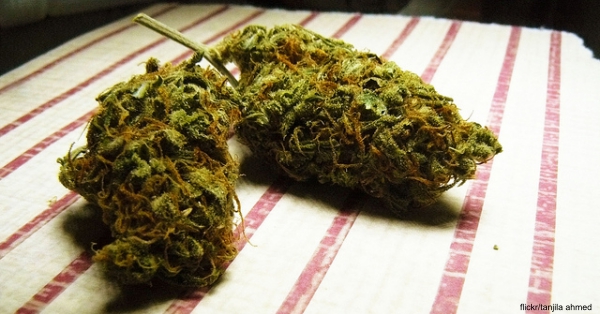 With the support of the Senate Appropriations Committee, the bill will now go before the full Senate for consideration.

A 2014 study of people with PTSD in the New Mexico Medical Cannabis Program showed a greater than 75 percent reduction in severity of symptoms when patients were using marijuana to treat their illness.

Twenty four of 50 states have legalized the use of medical marijuana, but laws in the remaining states still prevent its use by veterans, with serious consequences for breaking them. When Navy veteran Raymond Schwab sought help through medical marijuana, his children were taken away. If you are interested in urging Congress to allow new options, including medical marijuana, to treat PTSD, sign this petition and send a message to Secretary of Veteran Affairs Robert McDonald.