The 320th Barrage Battalion was among the first troops to hit the shores at Omaha Beach on D-Day. What most people do not know, even today, is that battalion was a segregated, all-black unit.

One of the men in that battalion was Waverly B. Woodson.

A barrage ballon battalion had a simple but very important mission. Barrage balloons are quite simply a bag filled with lighter-than-air gas that is raised or lowered by way of a steel cable attached to a winch. Its purpose was to deny low-level airspace to enemy aircraft over a battle field. The allies knew that the shore batteries and defensive German forces would be pouring lots of lead at the soldiers coming ashore. They needed to limit the even more serious threat of German air power. 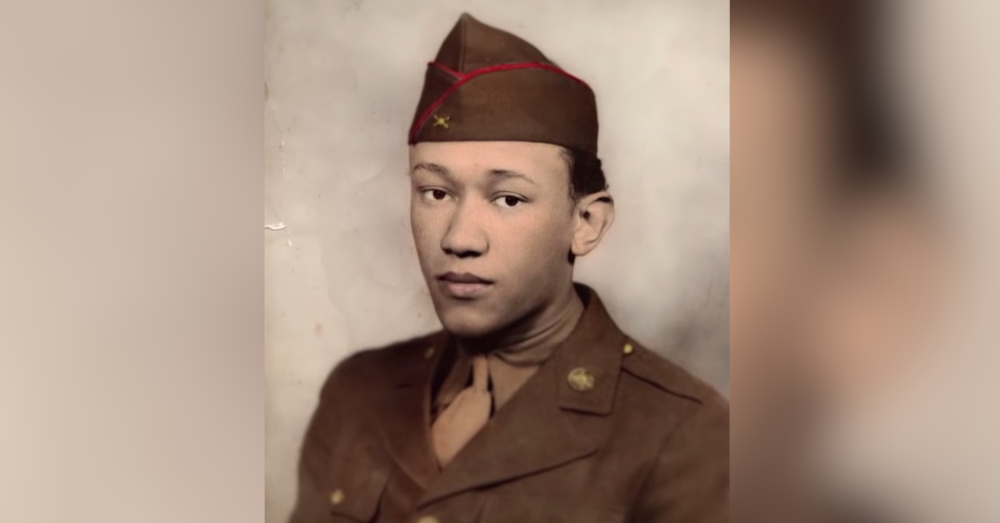 Waverly Woodson was a medic with the 320th Barrage Bn. The amphibious vehicle he was coming ashore in took a direct hit and many of the men were killed instantly or wounded. Woodson had also been hit by shrapnel in the groin area, but in the confusion, and hearing the cries for help from his men, he went to work finding and treating and carrying men to safer positions on the beach.

As you can imagine, that wide stretch of sand on Omaha beach was becoming a place of carnage. The noise of artillery and mortar explosions, of bullets whizzing by and shrapnel striking metal and bodies and the cries of the wounded must have been horrendous. But Woodson kept going. 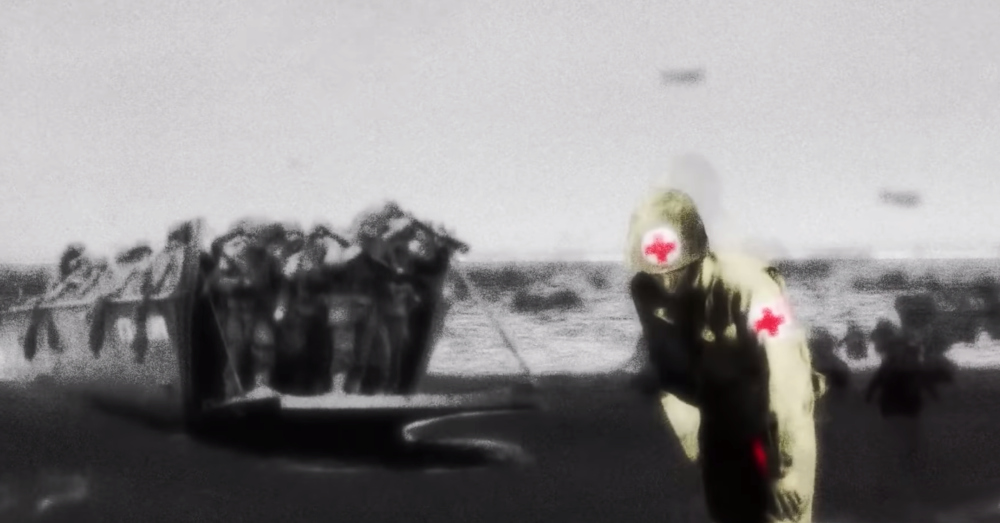 Source: YouTube/HISTORY
As a medic, Woodson assisted hundreds of his comrades on the shores of Normandy on D-Day.

It is said that he did so for over 30 hours, despite being wounded himself. When he realized that he too had been wounded, he still went out into the kill zones to get more of the wounded. He is accredited with having taken care of over 200 men himself, removing bullets, administering IVs, setting broken bones, and sometimes even having to do amputations right there on the beach, in order to save lives.

His widow and his son tell a little of his story here. At the end of the video his son, Stephen, gives us an insight into his father’s nature when he says, “He just felt it was his duty to go in and fight for freedom in the world.” 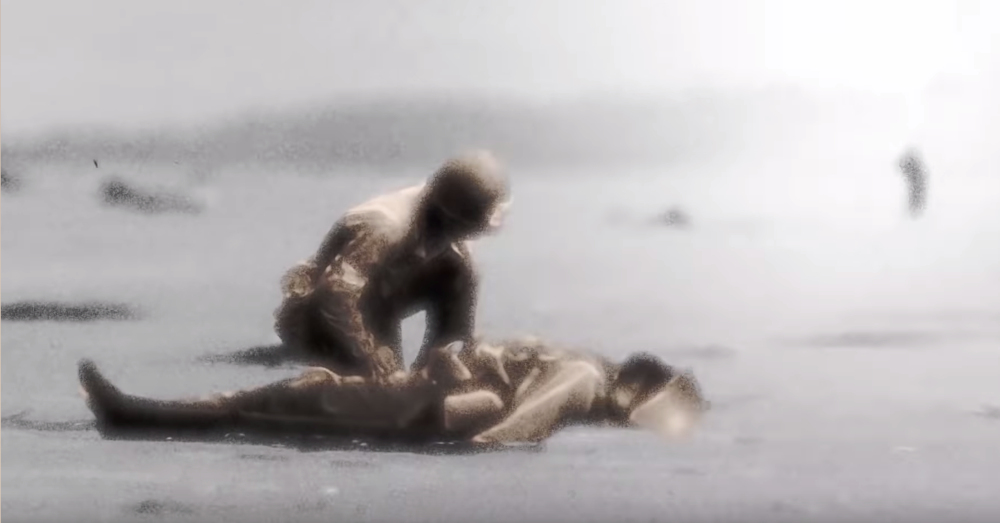 Source: YouTube/HISTORY
Woodson removed bullets, administered IVs, and more, all while injured himself.

This attitude toward freedom is magnified when we remember that, as a black American, and because of the then legal institutions of segregation and the realities of racism, he did not enjoy the same freedoms of most American at home at that time. Freedom for him and for his fellow black Americans at that time carried an even deeper significance than most of us can imagine.

Woodson’s heroism was recognized in black newspapers back in the states and in other publications like the Stars and Stripes, even his commanding officer cited his actions as “extraordinarily brave.” He was recommended for the Medal of Honor in 1944, but it was never awarded to him, due to lingering issues of racism at the time. In fact, of the hundreds of Medals of Honor awarded during WWII, not a single one was awarded to a black American soldier, sailor or Marine. 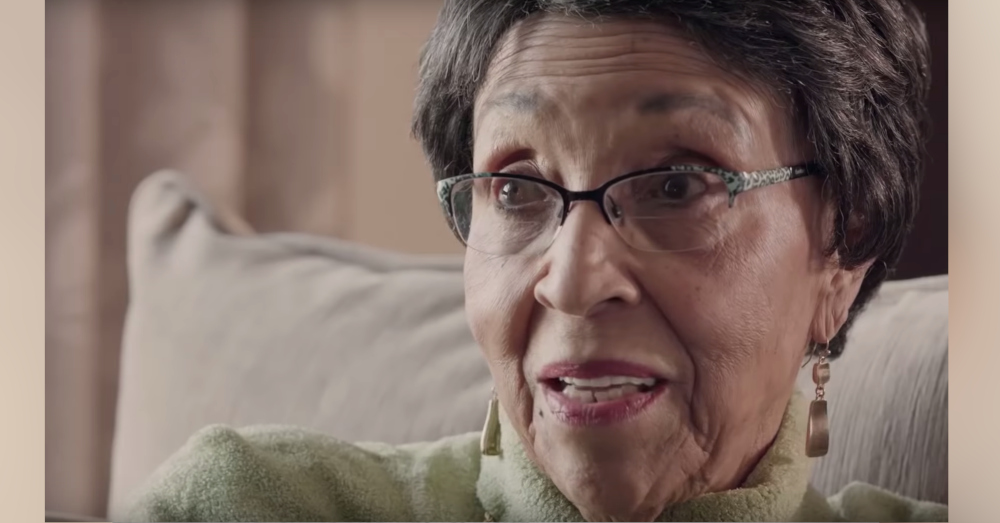 Source: YouTube/HISTORY
Woodson’s sister is fighting for the honor that was denied him because of racism.

Woodson’s widow has been working diligently to have the Medal of Honor awarded to him posthumously. In that effort, documents were found that indicated that his commanding officer had put him up for the Distinguished Service Cross, the second highest award for bravery in combat. A note was found indicating that, at the time, General John C. H. Lee believed he had earned the even more distinguished award: the Medal of Honor.

This notation somehow got squashed and Woodson never received the award. Woodson was awarded a Bronze Star at the time. 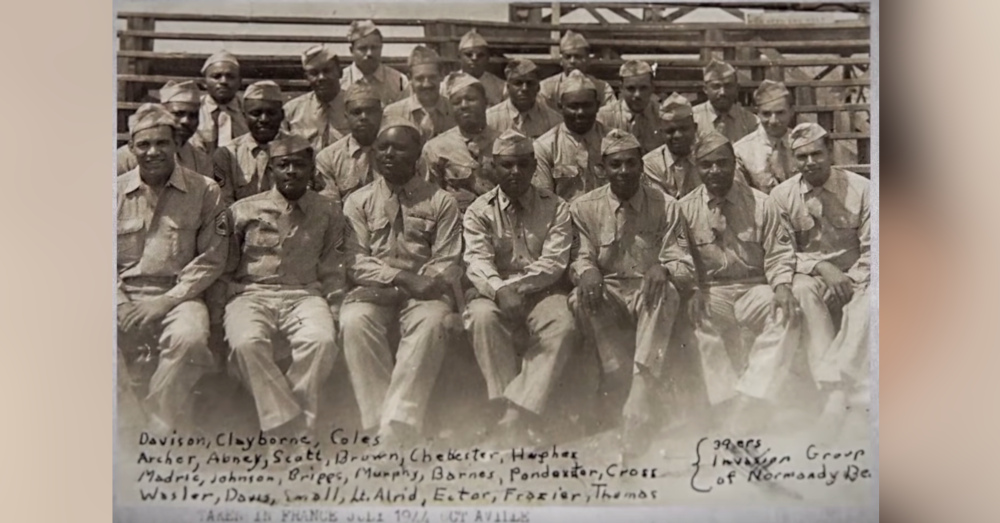 Source: YouTube/HISTORY
None of the men Woodson saved are alive today, but his story lives on.

Woodson’s military records, along with the records of millions of other veterans, were lost in a fire in 1973. This leaves Woodson without first-hand witness accounts, which cannot be recovered now, because all of the first-hand witnesses are now deceased. Sen. Chris Van Hollen of Maryland and the Congressional Black Caucus have put their support behind Mrs Woodson’s efforts to have the Medal of Honor Awarded to her husband posthumously. Sen. Van Hollen has asked the Army to waive its normal rules in this case.

The Veterans Site honors the uncommon bravery and dedication to duty that Waverly B. Woodson exhibited on Omaha Beach on D-Day, June 6-8, 1944. We honor his memory and hope that the efforts to properly recognize and award him the Medal of Honor posthumously will come to fruition in the near future. 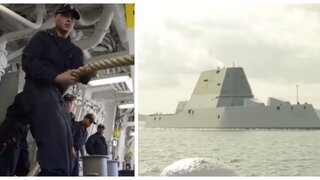 What It’s Like To Serve On The USS Zumwalt, A Navy Stealth Destroyer