Remains of 70 Veterans Went Unclaimed and Unacknowledged, Until Now

On Thursday, April 19, 2018 a very special military ceremony was held at the Washington State Veterans Cemetery in Medical Lake, near Spokane, Wash. Seventy military members whose cremated remains were never claimed by their families for years and even decades, finally received what they deserved from a grateful nation, that is, the honor of a full military burial ceremony, with all the pomp and circumstance that they were due.

This story is tinged, of course, with the weight of tragedy.

The thought that any of us would be left so alone at that time of our deaths that there would be no one to come to claim our remains and provide the simple honor and respect of a proper burial, rightly troubles us.Still, the reality is that such things do happen, for any number of reasons. 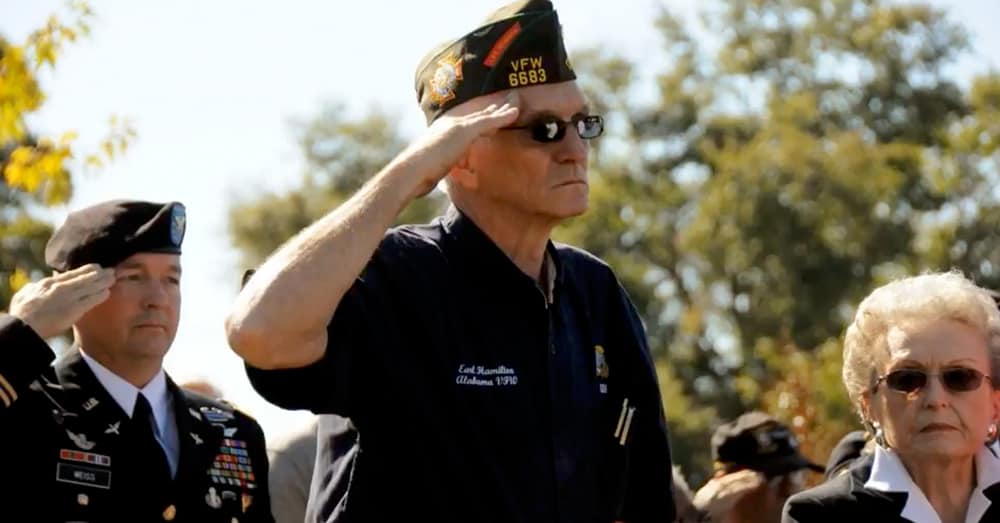 But in Spokane, Washington there is a man by the name of Rick Valentine who, when he found out that there were many military veterans who fell into this situation, could not let it go without trying to do something about it. He began a movement in the Spokane area to identify and to reclaim those veterans remains so that they could be given a proper military burial.

In an interview with the Spokane Spokesman-Review, he said, “We have been working on this batch (of veterans) for almost two years. I think this is a marvelous thing. These men and women all deserve the right burial for their service to this country.” 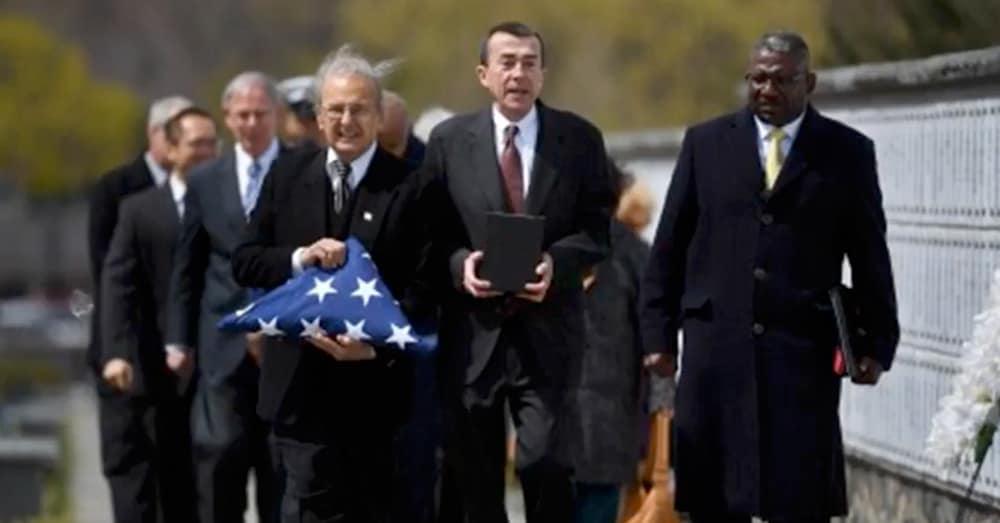 The august and beautiful ceremonies of a proper military burial for these seventy veterans took place at the Medical Lake Washington State Veterans Cemetery under the brilliant sunshine and blue skies of an early spring day. Those in attendance watched as seventy wooden urns were placed one by one into a stone shrine and listened as each name and the branch of service they served in was read aloud. They stood silently and watched a Marine Corps color guard perform the flag folding ceremony, and felt the crack of each volley of the 21 gun salute and heard the long, plaintive notes of Taps wash over the Veterans Cemetery.

Each of those in attendance knowing that those seventy veterans had finally been given the proper burial rights they were promised when they took their oath of service, however long ago. 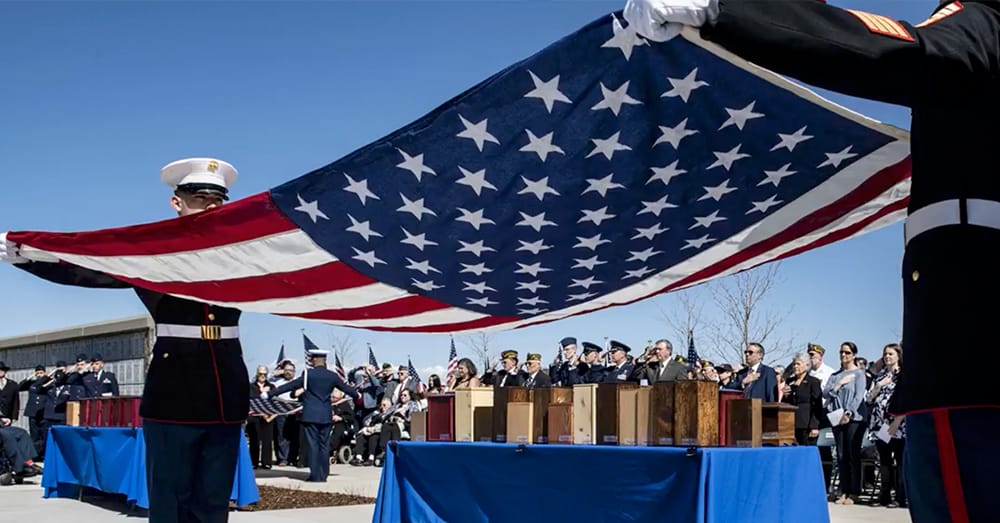 Washington State Veterans Affairs director, Lourdes Alvarado-Ramos, spoke to those who had gathered at the event.

She said to those present: “They expected to get a military burial and recognitions by their government for their commitment to their country. Instead they resided on a shelf, a mortuary, a coroner’s office, somebody’s attic, closet or a facility of cremation. It is sad that we have to do this, but it is sweet to bring our veterans home.”

The Veterans Site agrees with the Ms. Alvarado-Ramos; it is sweet to bring these veterans home, to give them the respect and the honor that they deserve for having served their country. We thank Mr. Rick Valentine and all those who helped him to bring this event about. You have honored the tradition of leaving no man or woman behind.