Why Did This Businessman Feed 400 Troops With His Own Money?

Businessman Shlomo Rechnitz was en route to Israel with his family when he decided to do something awesome: he paid for the meals of 400 U.S. troops.

The Los Angeles entrepreneur showed this incredible act of kindness during his layover in Shannon, Ireland. He saw a group of U.S. troops reach into paper sacks for their meals.

Strange, since other travelers were dining at nice restaurants. These brave men and women risked their lives daily to protect him and his family, and that meant he should honor them.

So as his way of saying “thank you” to the troops, he treated them all to a meal up to $50 from any one of the airport’s restaurants. That’s about $20,000 worth of food!

Unfortunately, not all who have served our country are able to have a warm meal.

As of January 2015, a national estimate stated that about 47,725 vets were homeless—that means about 11 percent of the homeless population once served our country.

Homelessness and hunger are naturally partners in crime, so that means a great deal of our vets likely don’t have enough food to eat.

This is the case for a multitude of reasons.

One of the biggest issues is that many vets struggle with PTSD and addictions to alcohol or drugs—battles that put people at risk of homelessness.

In addition, they may struggle to find work and lack social support systems.

Lack of affordable housing and sustainable income are other contributors. 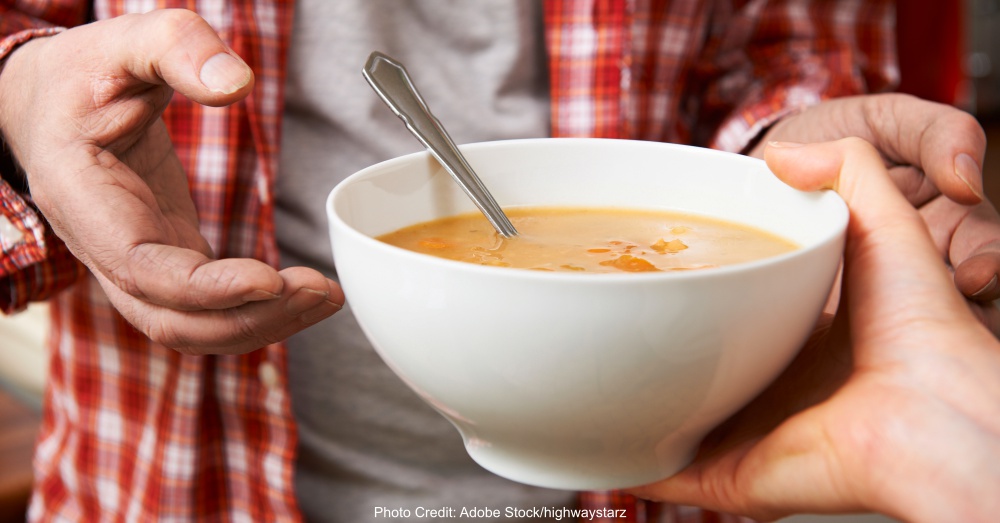 But there is good news: we can help veterans in tangible ways.

Around the United States, veterans in need of help don’t have many places to turn. You can help ease their burden. Just $25 helps provide nourishing meals for veterans.

Torture Was The Rule At The Hanoi Hilton, But These Former POWs Made It Out: Click “Next” below!