Diane Carlson Evans was 21 when she volunteered to serve with the U.S. Army Corps as a nurse in Vietnam. Along with thousands of other women, she bravely risked her life to help save those injured on the battlefields and jungles. She was immensely proud of what she and the other women who served had done for their country and the soldiers they saved. But when she returned home, she found that the thousands of women who served were going completely unrecognized — both by the public and the government.

In 1984 when the Vietnam War Memorial Wall was dedicated in Washington, D.C., Evans felt left out. More importantly for her, she saw that all of the women who served were being overlooked. So she decided to lead the effort for a women’s memorial that would honor those who served alongside the men and bring awareness to the work women had done serving in the military.

It was a long battle to get the Vietnam Women’s Memorial approved, built and dedicated on the National Mall in Washington, D.C., but for Evans and other women who served, it was well worth the years of struggle just to be recognized. On November 11, 1993, the memorial was officially dedicated and stands to this day as a reminder of the 265,000 women who volunteered and served in the Vietnam War.

Evans started the campaign for a women’s memorial in 1984, and years of advocating for the women who served saw her meet with veterans organizations, government leaders and officials, congressional hearings and memorial commissions, and eventually had to get a bill passed through Congress. It wasn’t easy, but it was worth it. 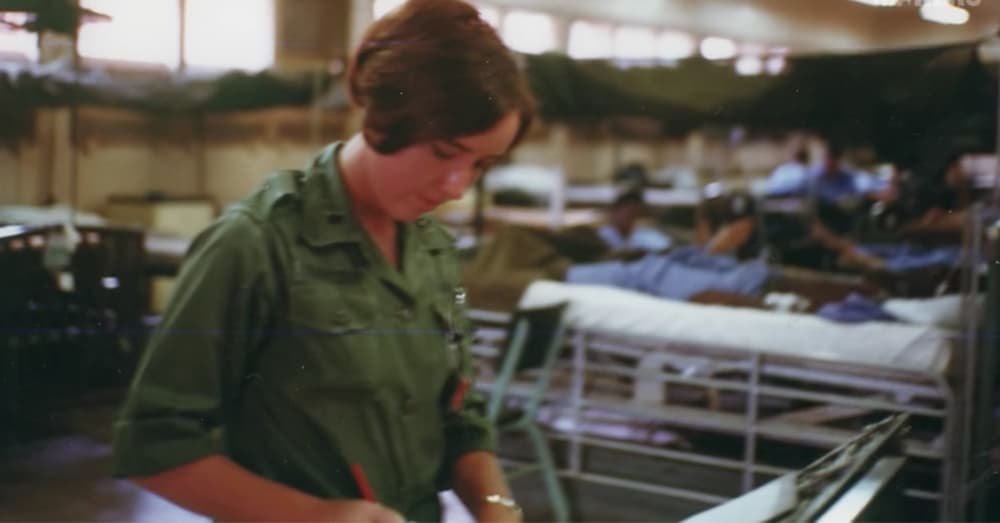 “The head of the commission said he didn’t want to open floodgates for other proposals for memorials,” Evans said in an interview about the process. “The Canine Corps had a proposal for a memorial, and he said if we give the women a monument, the Canine Corps will want theirs. And that’s when Morley Safer of 60 Minutes called me to ask if I would talk about the memorial and why it was denied.”

It was that interview on 60 Minutes that turned the tides for the women’s memorial movement, bringing national attention to the issue where Evans had before only been faced with indifference, animosity or the “Bronze Ceiling.” As support grew for the women’s memorial — much of which came from male veterans — the years of work and grassroots efforts paid off and in 1993 Glenna Goodacre’s bronze statue of three women and a wounded male soldier was dedicated as the national Vietnam Women’s Memorial.

“I looked out on the sea of people who were there, and I felt this enormous sense of pride, pride that the people in this country, the Americans, did get behind us, and that’s why that memorial was there,” Evans said of seeing the Vietnam Women’s Memorial finally dedicated on the National Mall. 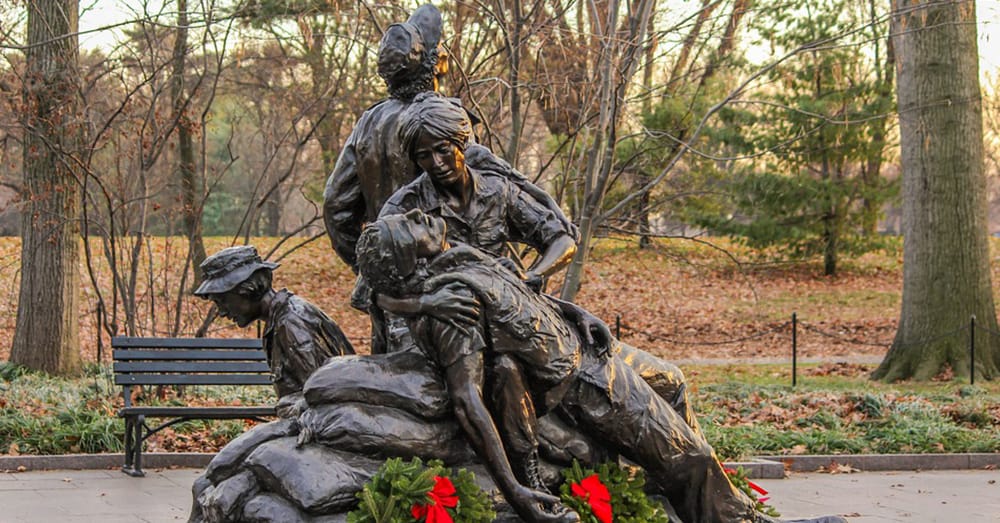 The struggle for Evans, like so many other Vietnam veterans, started long before her fight to get a memorial for the women who served. It started the moment they returned home from the war, due to the anti-war sentiments in the country which turned into anti-troop sentiments. The brave men and women who volunteered or were drafted into the war were met with disdain back here in the States.

Today the Vietnam Women’s Memorial Foundation still works to educate the public about women’s roles in the Vietnam War and to advocate on behalf of those women.

“The women who served during Vietnam have given the women who serve today a great legacy to uphold and continue,” said Army Command Sgt. Maj. Cynthia A. Pritchett, the Army’s most senior-ranking female non-commissioned officer, during a ceremony at the Vietnam Women’s Memorial. “I personally owe so much to the women who have gone before me, for their outstanding service and sacrifice. For they have opened so many opportunities for me and my fellow service women.”

Watch this interview with Diane Carlson Evans about the Vietnam Women’s Memorial!