The story of women Vietnam veterans is not often told. It is not that it isn’t a great story, for it is every bit as great a story as any other, but it is not widely known. Maybe it is because we do not ordinarily associate women with the vagaries of combat, but all of that changed with the war in Vietnam.

There were really no “safe” rear areas in Vietnam. Everywhere there was a potential front line at one time or another.

Some 265,000 women served during the Vietnam War. The Women’s Vietnam Veterans Foundation estimates that there were some 11,000 women who served in uniform in Vietnam and that nearly 90 percent of them were nurses. Some worked as physicians, others were air traffic controllers, intelligence officers, clerks and other positions in the Women’s Army Corps, the U.S. Navy, Air Force and Marines.

Eight nurses died while serving in Vietnam. One, Sharon Lane, from Canton, Ohio, was killed in action as the direct result of enemy fire. She was killed during a rocket barrage that hit the 312th Evacuation Hospital in Chu Lai, in 1969. 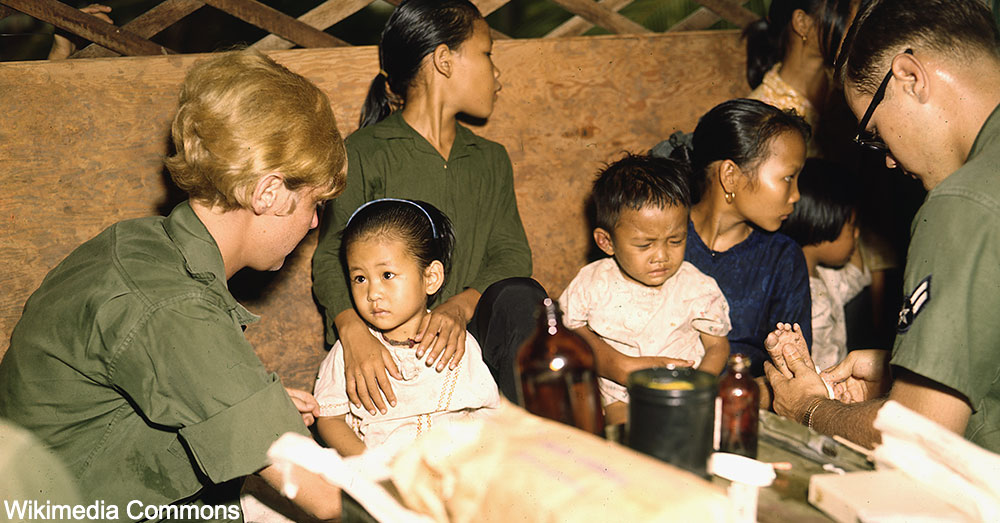 Other women served our troops in Vietnam as civilians. They were foreign correspondents, or worked with the American Red Cross, the USO, Catholic Relief Services, or in government agencies like USAID and at the US Embassy.

Most of us who saw women serving in Vietnam met them as nurses. They were central to the survival of those who were wounded, both at the emergency care level, as well as the surgical and post surgery levels. They soothed the anxieties of the wounded, gave them the comfort of a caring hand, or an encouraging word, at a time when they most needed it. Their professionalism was always of the highest quality, and their courage was equal to the great and difficult tasks that came to them every day.

For combat troops, our experience was made up of seemingly endless months in the company of other men, all of whom had become hardened by battle experience. We often went days, even weeks in the same dirty fatigues or cammies, and we were often engaged in the wild, barbaric realities of war fighting.

Being wounded was cause of both great pain and anxiety. Suddenly seeing the face and hearing the voice of an American woman in the middle of all that madness, snapped us back into a more civilized place, brought us briefly back to our humanity. For the wounded, the presence of those nurses, and their care, somehow broke through the pain and gave an assurance that was much needed. We cannot thank those nurses enough for being there, in that otherworldly place with us, to care for us in our most anxious moments.

Those women who served in-country were subject to the same realities of war as the men were. Many who served, caring for the wounded came home with the same issues as their male counterparts. According to a 2015 study published in the Journal of the American Medical Association (JAMA) Psychiatry, 20 percent of them, mostly nurses, continue to endure the effects of PTSD and exposure to chemical agents like Agent Orange. 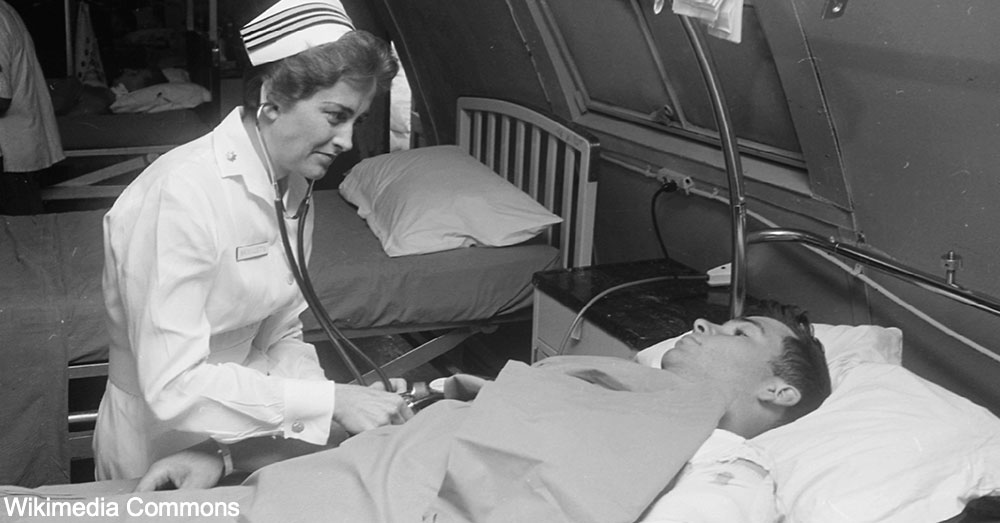 The Vietnam Veterans Memorial Fund’s (VVMF) “In Memory Program,” recognizes veterans whose lives were cut short as a result of their service in Vietnam, but are not eligible for inclusion on The Wall (the Vietnam Memorial in Washington, D.C.) because of Department of Defense guidelines. Many of those so remembered have died since their return home from Vietnam, due to the lingering effects of PTSD, or Agent Orange. Among those so remembered are Lynda Van Devanter Buckley and Bonnie Jean McWilliams.

Lynda Van Devanter Buckley died on Nov. 15, 2002. She served as a surgical nurse with the 71st Evacuation Hospital in Pleiku near the Cambodian border. When she came home she became and advocate for women veterans. She headed the Vietnam Veterans of America Women’s Project that was responsible for building the Vietnam Women’s Memorial near The Wall. She died from complications of Systemic Collagen Vascular Disease, which was attributed to her wartime exposure to Agent Orange.

Bonnie Jean McWilliams taught school for five years before joining the Women’s Army Corps. She served for 21 years and earned numerous prestigious awards, including: the Bronze Star, the Meritorious Service Medal, the Army Commendation Medal with Oak Leaf Cluster, the National Defense Service Medal with Oak Leaf Cluster, the Vietnam Service Medal, Republic of Vietnam Campaign Medal with device, a Presidential Unit Citation, and a Meritorious Unit Citation. She was in Vietnam from June 1967 to June 1968. She retired as a Lt. Colonel and died on November 3, 2008 of kidney disease, again related to Agent Orange.

The Veterans Site wishes to thank all of our women Vietnam War veterans for their service and commitment to their fellow veterans. We give you our honor and our respect for the courage you displayed while serving in-country, for your dedication to duty, and your commitment to the nation. Your fellow Vietnam veterans will never forget you. You are our sisters forever. Welcome Home!