This article from the Education Center at the Wall gives a brief biographical sketch of each of the eight women whose names appear on the the Vietnam Memorial, “The Wall,” in Washington, D.C.

All eight women were nurses.   For those who were wounded in Vietnam, these nurses were “angels in white.” They were instrumental in the care and recovery of countless men who became ill, or who had been wounded in battle.

They comforted and cared for us. 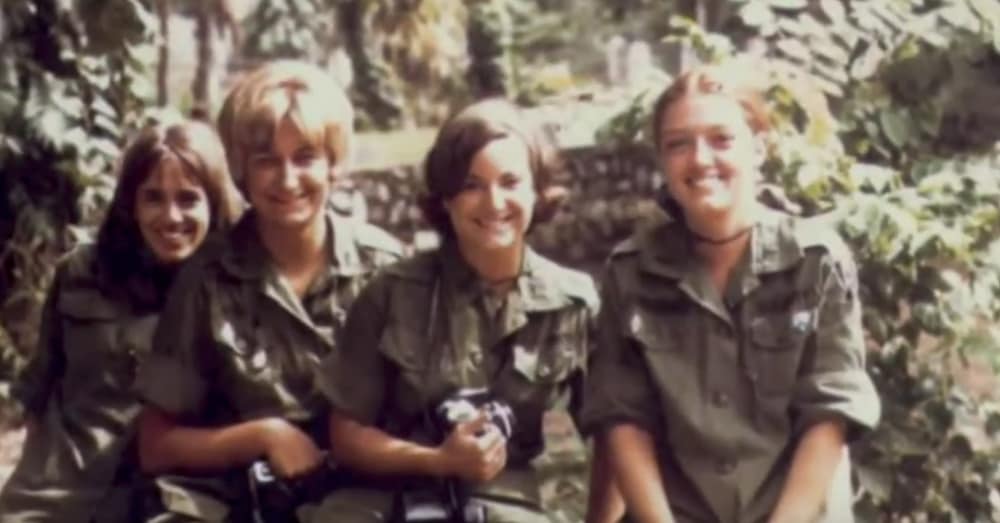 For those who were wounded, their professional skills and the tender care they gave, was one of the most important steps in the long road to recovery.  But even more significantly, for men who had spent days, weeks, even months wandering in the dark corners of the hell of war, when we saw these nurses and experienced their care, it began the even more subtle process of our return to a semblance of sanity and civilization.

We certainly understood the realities of death and injury in the field. We knew the sting of loss when one of our own, one of our friends, were killed in action. As painful as that was, and as much as we hated it, we begrudgingly understood it. It was part of the reality we were in. 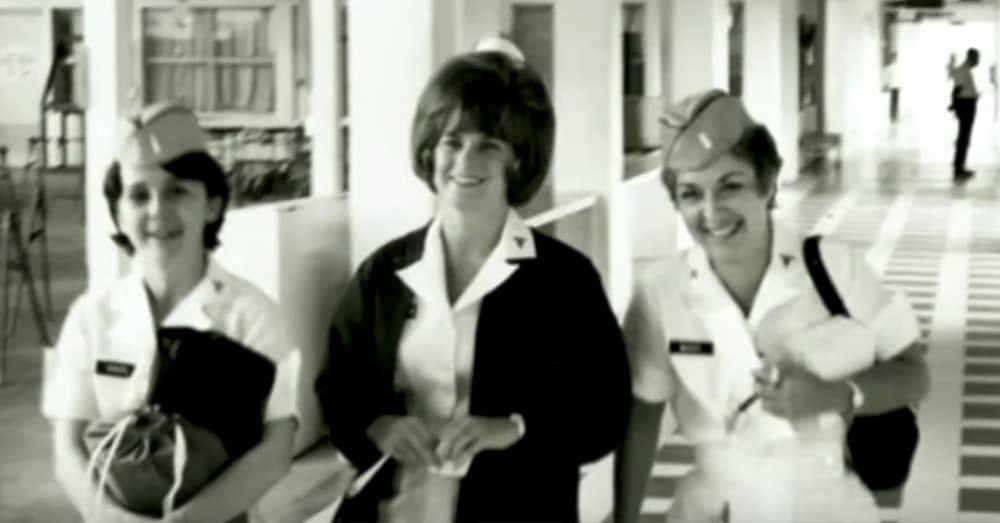 Source: YouTube/Petittwo
Nurses were there with the Marines in Vietnam.

These nurses were there with us. There were no safe zones in Vietnam. No matter where you were, you were on the front lines at one time or another. Their bravery and their commitment to the sick and the wounded in Vietnam is legendary. They were and are our sisters.

The names of each one of these eight nurses can be found on The Wall. If you get the chance to visit The Wall, either in Washington, D.C., or any of the traveling walls, spend a few moments before those names and thank them for their service and their dedication of love and care to those they served.

The Veterans Site thanks all of the Nurses who have served and who continue to serve their brothers and sisters in the all of our military branches. We honor you and your heroic commitment to those you serve. In particular, we give a respectful, slow hand salute to the eight nurses whose names appear on the Vietnam Memorial along with their 59,000 brothers.

We will never forget.