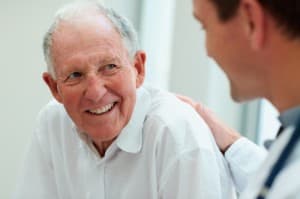 By Armen Hareyan for eMaxHealth.com

Two stories have been dominating the news prior to Veteran’s Day this year: the tragic Fort Hood attacks, and the continued battle over healthcare reform. These important issues are more interrelated than it appears at first glance. Thirteen people, many of them soldiers, died at Ft. Hood; many others were injured. While Americans are mourning the victims, we must also take care of the members of our military that are still living. Unfortunately, quite a few soldiers who were honorably discharged are now suffering due to their ability to buy a health insurance plan.

Doesn’t the Veteran’s Administration provide health insurance and medical to veterans? That is largely the case. However, many veterans uninjured in combat are–surprisingly–considered ineligible for VA insurance. The post-military income levels deemed too high to receive benefits are surprisingly low; a veteran with no dependents can only take advantage of the government’s health insurance plan if he or she earns under $29,400 per year, while one with four dependents can earn around $41,300 before losing eligibility for VA benefits. Such incomes aren’t quite poverty level, but are the domain of working-class Americans (including civillians) unable to afford private insurance if their employer doesn’t offer it. Troops returning from Iraq and Afganistan are also struggling with unemployment, and are a disproproportionate percentage of the nation’s homeless. Many are working low-paying jobs that push them just above Medicaid and VA elibility. This makes it even harder for them to become insured.

You can research this further.