Veterans Teach Students A Lesson After They Vandalized A Flag

Students at a Georgia high school thought it would be a good idea to take their senior class pride and spray paint that on an American flag, which they then hung at their school’s entrance. They soon learned, however, just how wrong that was.

The group of five boys — all seniors — at Heard County High School found a large American flag and used black spray paint to leave their mark on it. When students and staff showed up for school in the morning, they were shocked to see the desecrated flag.

The school’s principal, Brent Tisdale, said he was initially angry with the students who vandalized the American flag. That anger subsided, however, after he spoke with the students responsible and realized that it was a “teachable moment.” Tisdale said the students didn’t understand what they had done wrong so simply punishing them wouldn’t fix the problem. 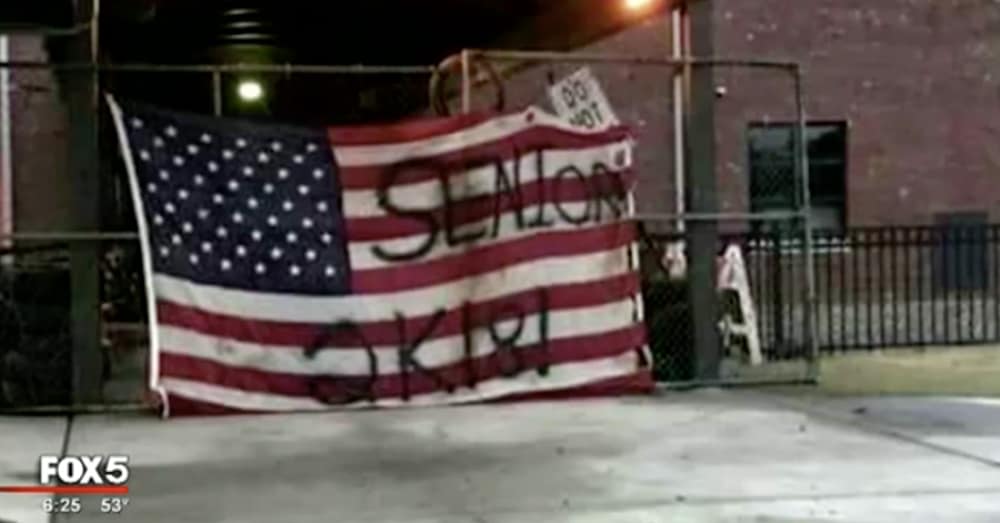 “Our students did not intend to be disrespectful or insult the flag or our country, but that is indeed what happened,” Tisdale said in a statement.

As a photo of the vandalized flag was spread around social media the anger around the incident grew. The high school principal issued a statement on Facebook to address the issue and clarify how it was being handled. In fact, Tisdale found a unique way of having the students involved face the consequences of their actions.

“My initial thought was five days out of school and no prom and all that, but that I don’t think was teaching them what we wanted to do, which was to value and understand other people’s feelings,” Tisdale told Fox 5. 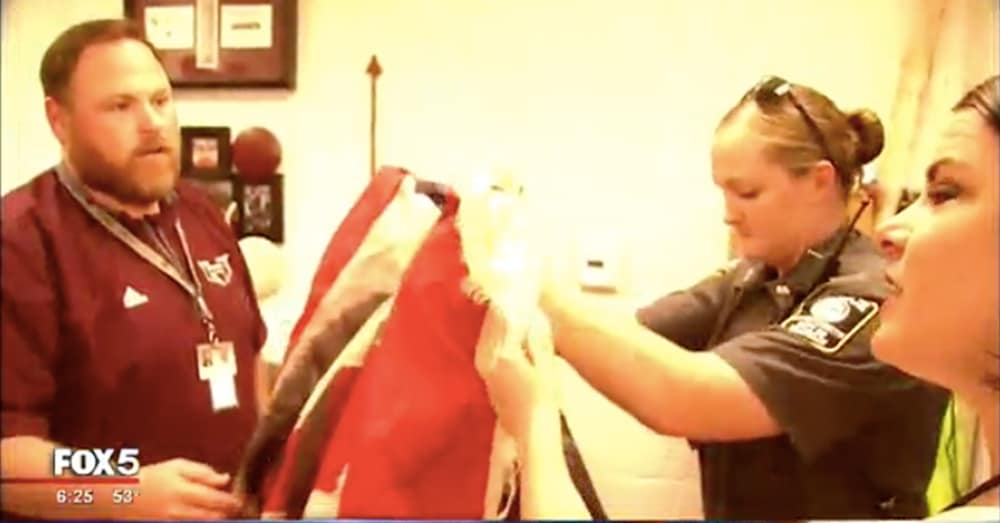 Principal Tisdale called the local police department and asked the police chief if there were any military veterans in the department who could come to the school. A group of veterans were available, so they came to the school and talked with the students personally.

Nikki Culpepper, one of the veterans who talked to the students, told Fox 5, “We talked about how we chose to voluntarily defend the flag and their right to do what they did to it, as well as family and friends and loved ones who come home underneath that flag.”

“Two of the young people had tears in their eyes, shook our hands and apologized. Very remorseful,” she added.

After learning about the importance of the American flag — and respect for it — directly from military veterans, Tisdale said the students “understand what they did is wrong.”

Watch this full news report on the incident!

One Group Is Using Flags To Raise Awareness Of Veteran Suicides: Click “Next” below!