World War II veteran Harvey Djerf is 95 years old, but he still makes a nearly mile-long walk around his neighborhood twice a day to stay active. At his age, however, he has noticed that he has slowed down a bit from his younger years in the service and as a teacher. But a little thing like age isn’t going to stand in the way of this veteran and his daily walks.

Harvey admits that as he has gotten older — now in his mid 90s — he has to stop and catch his breath more often while walking through the neighborhood he has lived in for more than six decades. Luckily for him, his neighbors noticed this as well and started doing the most amazing thing for the WWII veteran without even being asked.

Harvey’s neighbors leave chairs out in their front yards for Harvey to sit in when he needs to rest and catch his breath on his two daily walks. These chairs — Harvey’s chairs — are an offering of respect, kindness, and support to someone who very much deserves all three. 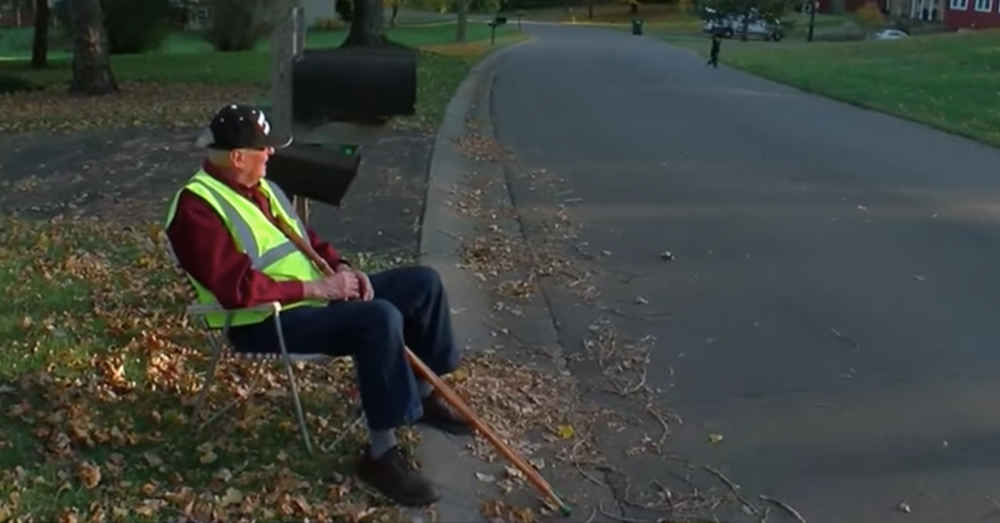 “I’ve always liked to walk,” said Harvey. “I feel better if I walk.”

He added, “”My wife said years ago I just — I’m antsy. I can’t sit still so maybe that’s another reason I’m walking.”

Now when Harvey goes out on his daily walks, he doesn’t have to worry about needing to stop for a short rest or a breather. He has plenty of chairs stationed along his route where he can sit. And when he does, he often gets the chance to talk with his neighbors and foster even closer relationships with those near him. 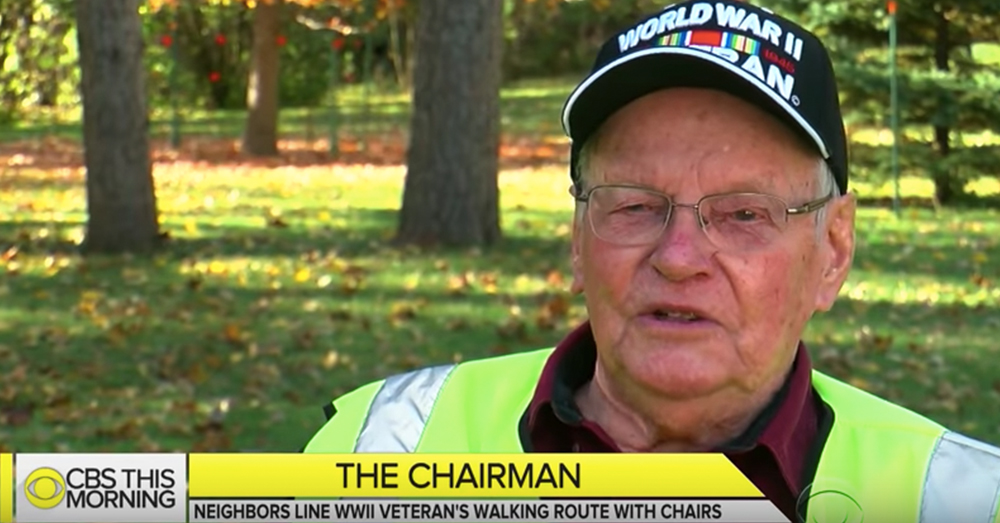 The service our men and women of the Armed Forces perform on behalf of the country and its citizens is beyond compare and can never be truly repaid. But it is amazing to see how, in this quiet Minnesota town, one neighborhood took it upon itself to help and honor a veteran who served his country proudly and helped pass on freedom to generations after him.

Harvey is also happy that his daily walks have started to inspire some of his neighbors to start walking and getting more active themselves. That’s quite an accomplishment in itself for someone in their 90s!