Congress is attempting to remove a preference for hiring veterans for federal jobs, and not everyone is happy about it.

The federal government isn’t exactly thriving these days, and after years of belt-tightening and adapting to the exodus of more than 114,000 employees, one of the latest offered solutions has been to scale down the preference for hiring veterans.

According to recent data from the Partnership for Public Service, more than one-third of all federal employees who have left the government since 2008 have been veterans. But the number of veterans working for the government increased from 446,826 to 572,239 in the 4 years leading to 2012 after a 2009 presidential executive order increased the scope of veteran hiring. During that same time, those who served less than 10 years in the military made up the largest portion of those leaving government work.

The United States Department of Labor states, “Veterans who are disabled, who served on active duty in the Armed Forces during certain specified time periods, or in military campaigns are entitled to preference over others in hiring for virtually all federal government jobs.” This new measure, introduced in the Senate by John McCain (R-Ariz.), chairman of the Senate Armed Services Committee, after he was pressured by high-ranking Pentagon officials, will restrict the number of jobs that preferential hiring applies to.

“We must balance the goals of rewarding those who are eligible for a federal hiring advantage with the needs of the federal government and notably the Department of Defense to attract and hire the best talent for a variety of important national security jobs,” McCain said. 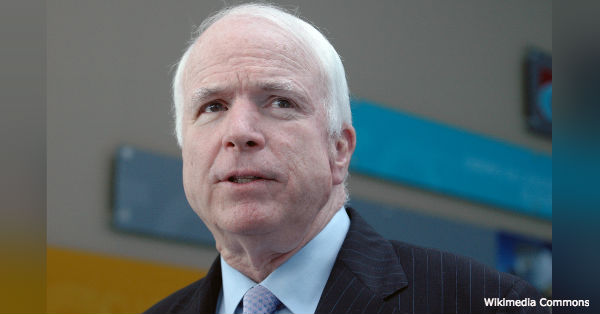 A figure hasn’t been released yet, as the issue is still in legislation, but the backlash has already begun. Members of the American Legion and the Veterans of Foreign Wars have spoken out in protest.

“One would think the agency that produces veterans and service-disabled veterans would have the additional moral obligation to uphold the institution of Veterans Preference,” said American Legion National Commander Dale Barnett. “Instead, the [DoD] turned their backs on their former employees.”

Jeffrey Neal, who oversaw hiring for the Department of Homeland Security until 2011, in a post on his blog, said that the high turnover rate of former service members in their first two years of work in government or the private sector is not being accounted for in this measure.

“Virtually any study of new hires in government or the private sector shows that turnover in the first 2 years with an organization is much higher than in following years,” Neal wrote. “A Partnership for Public Service study showed that turnover for employees under 30 was also high, as is turnover for employees in entry-level jobs. This approach to veteran preference could have an adverse impact on veterans who get a job and learn that it is not a good match for them, or those who need to relocate (e.g., to accompany a spouse). The effect could be particularly pronounced for younger veterans who are still searching for the right career. Young veterans have higher unemployment rates than the population as a whole. It is not in our society’s interests for those young men and women to serve and then have no job when they complete their service.”

Stable employment is a necessity for any veteran, but unfortunately for many of our country’s former service members finding it is a challenge. Occupational therapy helps keep injuries such as the loss of a limb from preventing meaningful employment. Vocational training teaches new job skills and helps veterans apply skills they learned in the military to civilian life. Follow this link to find out how you can make a difference by supporting programs that help veterans return to leading a normal life.