When A Veteran Leaves Behind No Friends Or Family, These Organizations Send Them Off With Dignity

When Billy Aldridge passed away in Indianapolis, he left behind no family, no close friends, and no one to bury him. His story was seemingly lost to the wind, but word soon got out.

At his funeral, hundreds of supporters showed up to send him off with the respect a military veteran deserves.

The story was no different for veteran Stephen Jerald Spicer, designated an “unclaimed veteran” by the U.S. Department of Veterans Affairs when he passed away at the age of 72. Though Spicer had no network of acquaintances in his life, after his death, he lacked for none. His casket was decked out in the traditional Army colors of black and gold, and escorted by a motorcycle procession from the funeral home where his well-attended wake was held, to the Florida National Cemetery, 50 miles away. 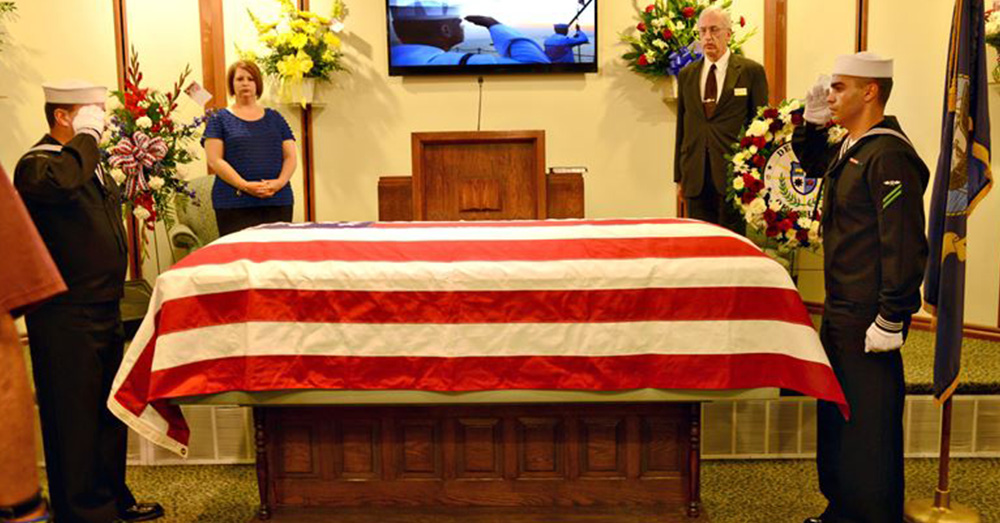 Source: Tinker Air Force Base
What happens when veterans die without friends or family to help bury them?

Likewise, in Memphis, a funeral was held for three soldiers, Wesley Russel, 76, Arnold M. Klechka, 71, and Marine Charles B. Fox, 60, none of whom had family in Tennessee. Their wake was attended by nearly 700 strangers. 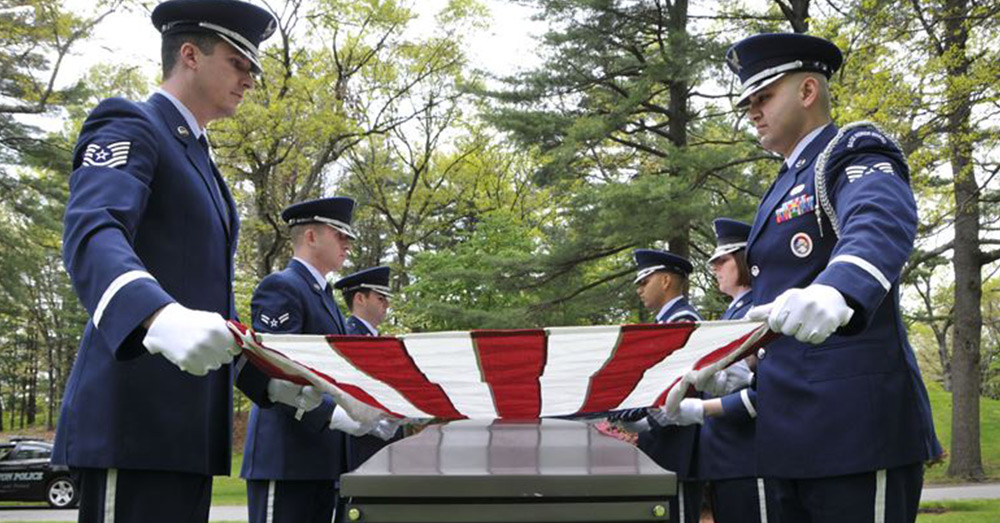 Source: Hanscom Air Force Base
When veterans leave behind no friends or family, there are still supporting groups who will send them off with dignity.

According to Task & Purpose, Amelia Callicott, 69, heard about the funeral secondhand. Her husband and father both having served in the military, Callicott felt obligated to attend.

“Any serviceman, they’re just like family to me, and I just can’t see laying them to rest without going and seeing their final moments, to say goodbye,” she said. 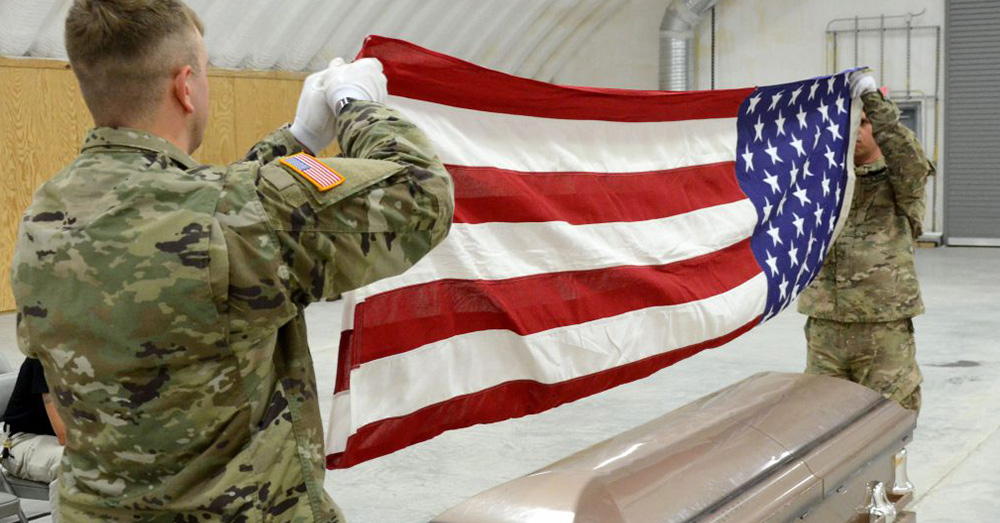 There are few veterans left who remember serving in World War II. Those who served in Vietnam and Korea are aging, as well. For many of these vets, a memorial service attended by throngs of friends and family just isn’t possible. However, as we have seen in the headlines describing more and more of these former service members passing on, a hopeful new trend has emerged.

They are not alone.

Where immediate family members and close friends are not available, veterans’ funerals are often attended by strangers, some driving from states away. 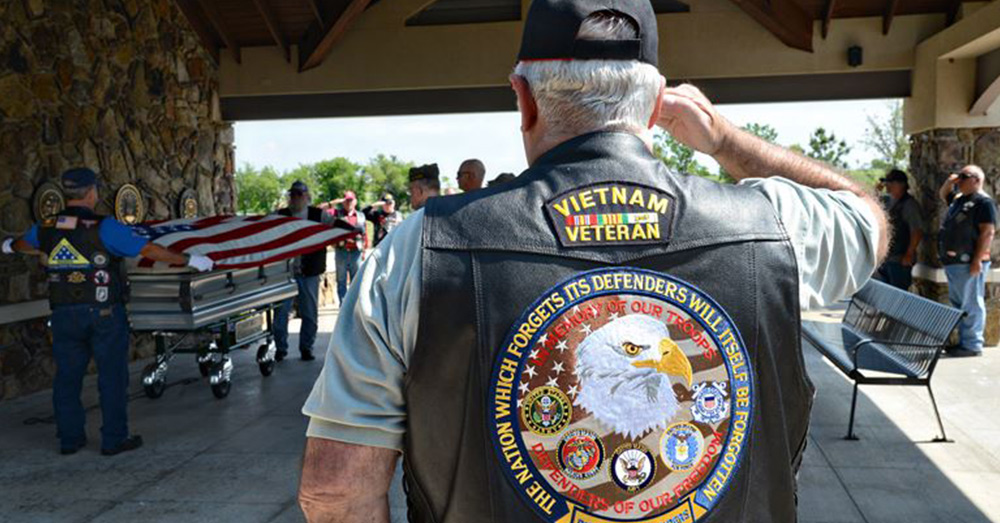 According to the Military Times, Spicer was one of 3,000 unclaimed veterans who have been buried with full military honors with the assistance of the Dignity Memorial Homeless Veterans Burial Program. Since 2000, the program has sent off each of those former service members with honor. It comprises a network of funeral homes which will provide the deceased with a casket, coordinate funeral services, and cover transportation costs from the funeral home to the cemetery. Meanwhile, the VA pays for internment costs at national cemeteries, along with a headstone or marker and burial in a national cemetery.

When word spreads of an unclaimed veteran’s funeral, it is typically not long before those associated with the program get involved. They are veterans, too, after all. Alongside them, the Patriot Guard Riders, a national motorcyclist group whose members attend military funerals, show up in their characteristic black leather vests and American flags. And, in place of the parents who could not attend, members of the American Gold Star Mothers stand to accept the flag presented at the service. 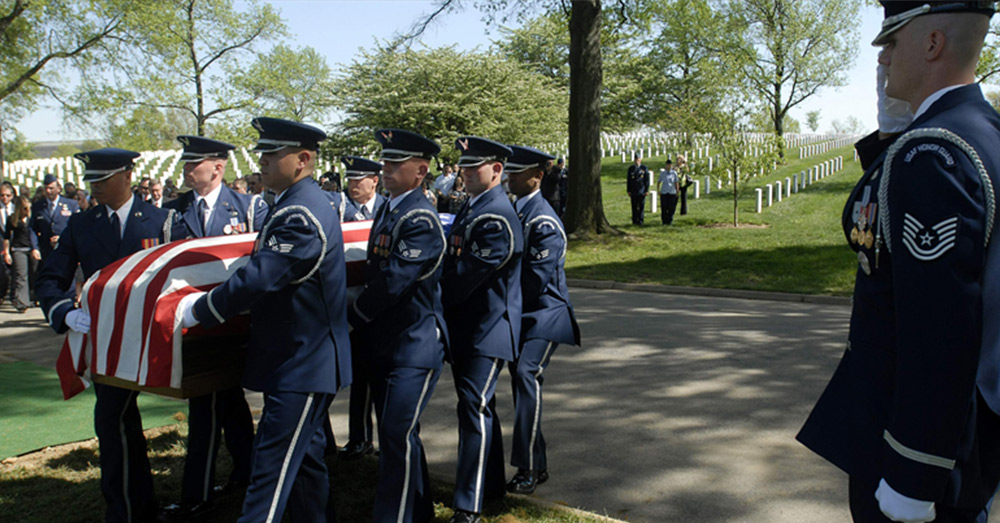 Despite the lack of close family or friends, the services are always emotional. At one veteran’s funeral in Wichita, Kan., a Marine presented a flag to Gold Star mother Angela Foster, whom he had notified years earlier upon the death of her son, Lance Cpl. James May.