WWII Veteran Couldn’t Walk To His Wife’s Grave, So Cemetery Worker Carried Him

For Boone, the Honor Flight was not only a chance to see the war memorial but also to visit his wife’s grave at Arlington. However, in all the excitement and commotion of the group visiting the Tomb of the Unknowns, Boone’s wheelchair got left behind.

George’s wife, Alma, passed away in 2007. When he tried to get to her gravesite, he realized he wouldn’t be able to walk that distance.

“I just sort of gave up on the whole thing and thought I would have to visit her from that distance,” he told FOX5. 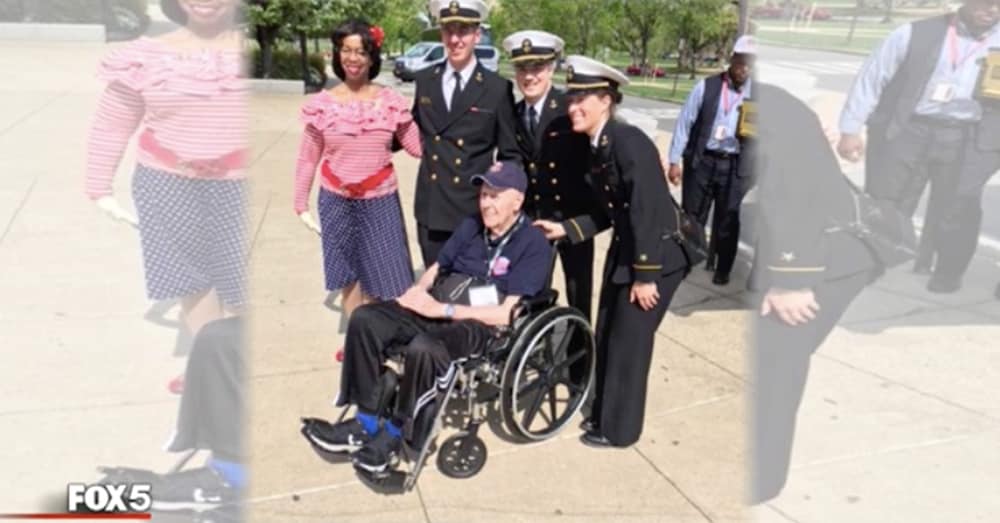 That’s when a worker at Arlington National Cemetery stepped in to help — in a big way. The worker, who is selflessly remaining anonymous, physically carried Boone across the cemetery grounds so that he could visit his wife’s grave.

“I thought carry me at my age, size and weight?” Boone told FOX5. “He was such a caring young fellow, I felt like a toy in his arms.”

A photo of the incident shows Boone being carried on the back of the worker at Arlington. Boone later described the incident to FOX5 over Skype. 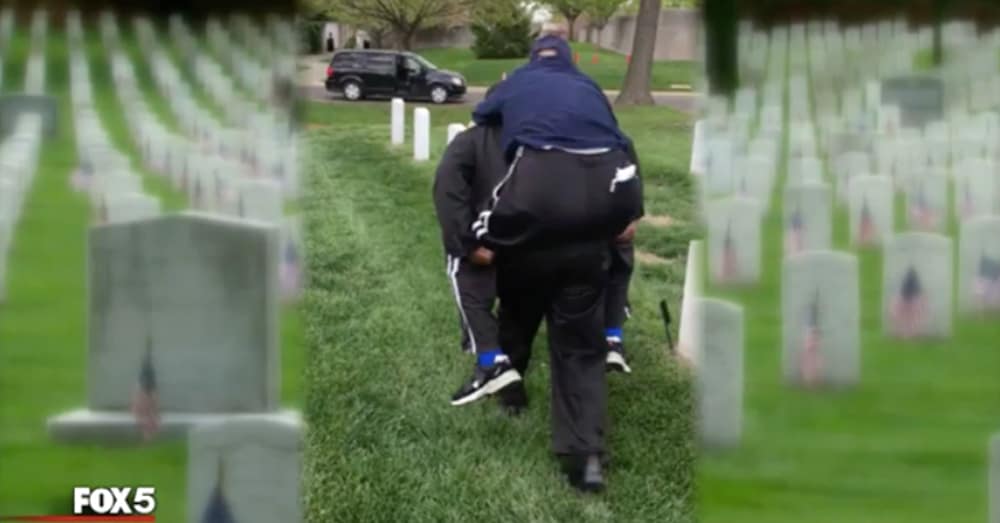 According to Fox News, George Boone served as a B-25 pilot during World War II. In 1943 his plane was shot down and he became a prisoner of war.

Now at age 96, Boone is being recognized along with so many other veterans through the Honor Flight Network, a non-profit organization with transports veterans to Washington, D.C. where they can visit the memorials and monuments in honor of their service. According to their website, more than 180,000 veterans have taken an Honor Flight since 2005.

As for the anonymous worker who helped the WWII veteran visit his wife’s grave, George Boone told FOX5, “I would like him to know how greatly I appreciate what he did. His kindness was overwhelming.”

Learn more about Honor Flights on the next page!