James Wiitamaki, an Army veteran who served in Germany, is spending his last days at the VA Hospital in St. Cloud, Minnesota. He is, unfortunately, dying of cancer. However, “Jimmy” Wiitamaki took out an ad in the local newspaper with a simple but heartfelt request – he asked if anyone would be willing to send him a letter to read.

His family was unaware of the request until they saw the ad themselves in the newspaper. Wiitamaki’s great-niece, Brenna Glodowski, immediately posted a picture of the ad on Facebook to spread the word with the hashtag #CardsforJimmy. That hashtag started trending and the response has been overwhelming, with over 1,600 shares on Facebook in only a few days.

The letters, it seems, are pouring in in scores as fellow veterans, individuals, and even children felt understandably moved by the simple request. “Thank you for your support! I am seriously in awe at all the kindness you have shown my uncle and our family,” Brenna Glodowski said in her Facebook post. “I think Jimmy is going to be busy reading for quite some time.” 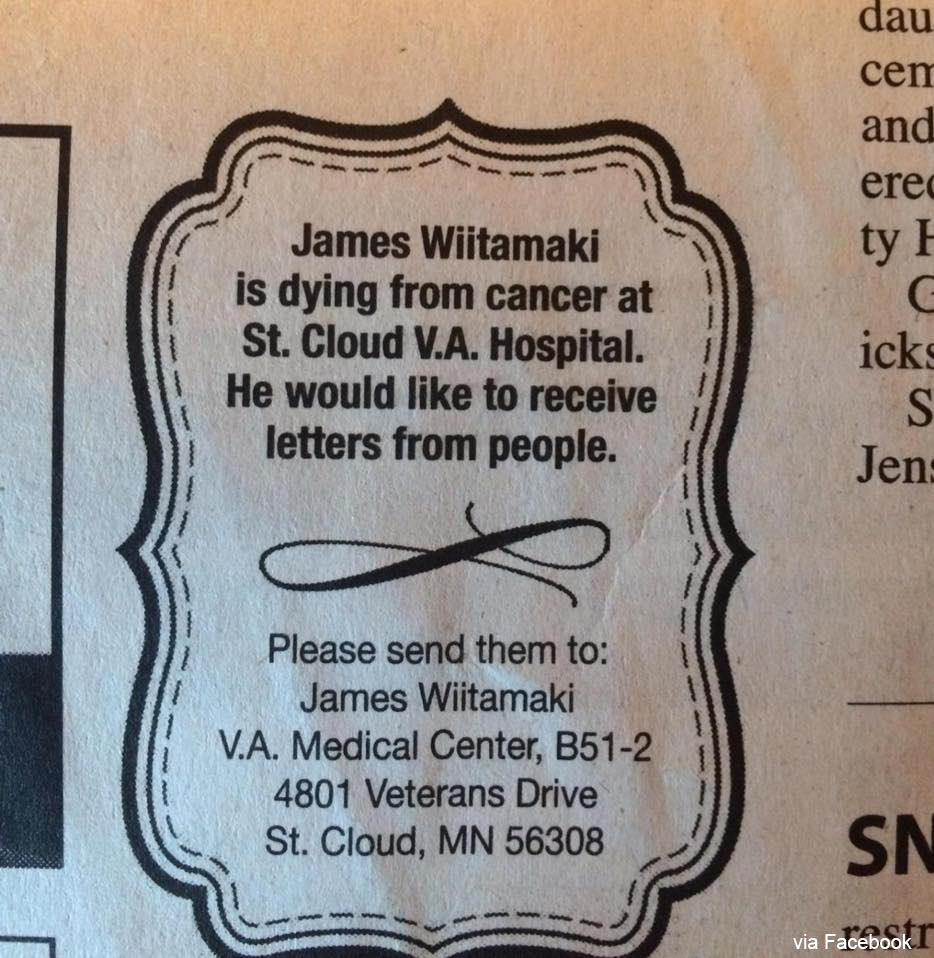 James Wiitamaki has even had visitors at the VA Hospital from fellow veterans who wanted to not only send him a letter, but give him some company as well. Glodowski posted a picture in the comments of her original post of her great-uncle and a new friend who came to see him.

His great-niece also suggested on Facebook that anyone who would be willing could also send a letter or card to other veterans, either at the St. Cloud VA Hospital or their local VA or nursing home/elderly living facility. “If you are thinking about sending a letter, consider sending one without a direct recipient to the Saint Cloud VA (or your local VA or nursing homes),” she said, “hoping we can spread the wealth and bring joy to all those who may need a little extra sunshine.”

A simple, honest, final request from a veteran nearing the end of his battle with cancer has already touched the hearts of so many people. To take just a few minutes of time to send a note to a man leaving this world is such a simple thing, but in this busy world it could be so easily overlooked. 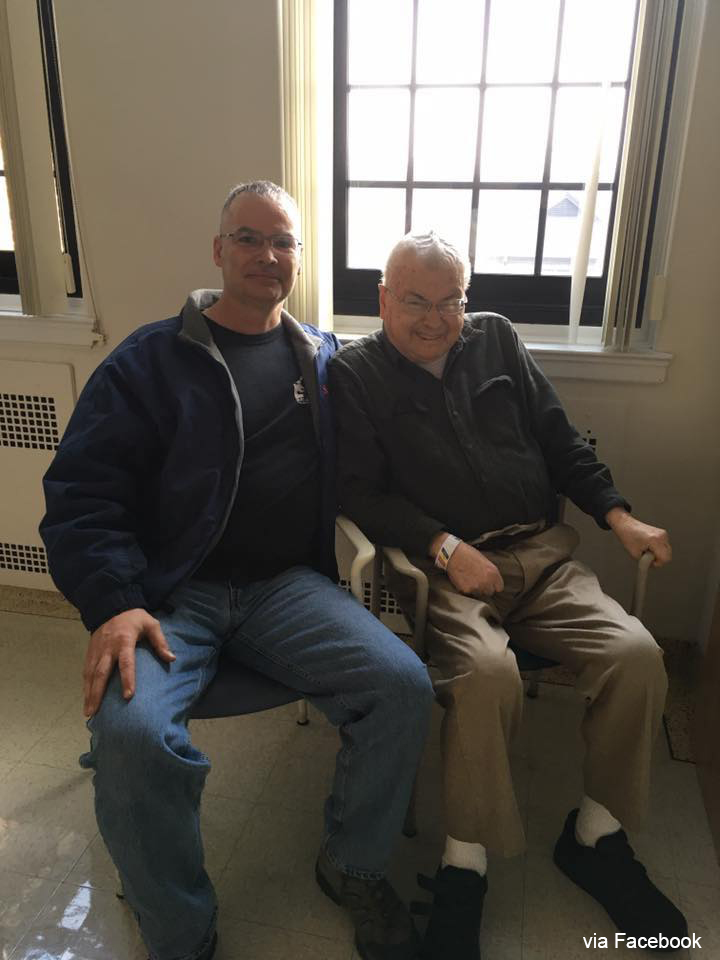 The original newspaper ad had the wrong zip code in the mailing address, which was corrected on Facebook. Anyone who would like to send a letter or card can address it to:

We at The Veterans Site hope you will join us by sending a letter to James Wiitamaki as well as sending another to your local veterans home. It could make someone’s day, or it could make all the difference in the world.