Homeless veterans in Kansas City now have a roof over their heads and a little town to call their own, all thanks to an organization called the Veterans Community Project. Not only that, but these cherished veterans are also able to take classes on topics like how to manage finances, cook, stay healthy, and overcome substance abuse.

It’s all free of charge: the services as well as everything in the homes, including new furniture, appliances, housewares, bedding, food, and utilities. The tiny homes are connected to city utilities, meet all local city code requirements, and range in size from 240 to 320 square feet. Pets are allowed and encouraged.

But it gets even better! Now homeless vets in other cities in the United States could also get their own free homes, too. 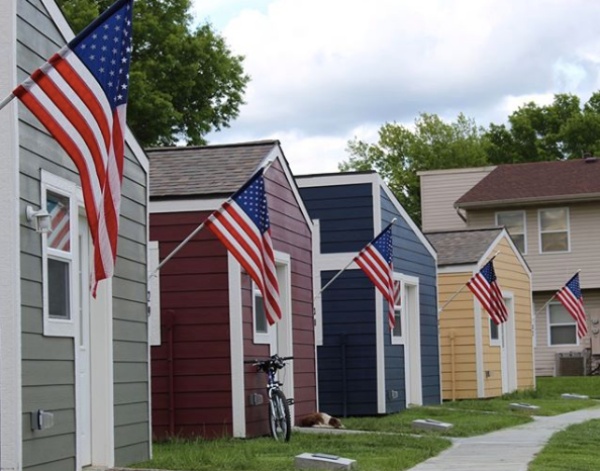 The VCP has set a goal to serve eight communities by 2022. Longmont, Colorado, is the next village being established, and they plan to have it fully functional by spring of 2020.

It took two years for the idea to come to life, but it has taken off with a bang since then. The Veterans Community Project originally built 13 fully functional, tiny homes in Kansas City: four family units and nine single units. But they’ve continued to expand. 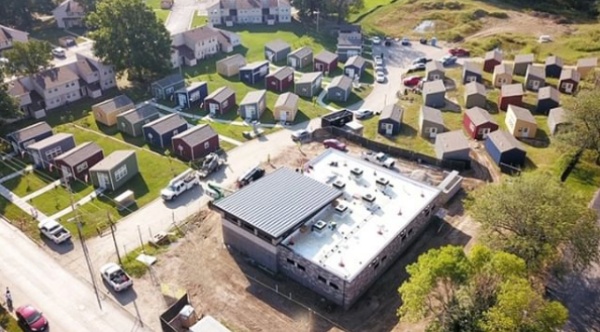 The goal of VCP isn’t for veterans to stay there forever, though. Their goal is to figure out why each villager is homeless, address their needs and difficulties, and help get them on the path to being independent again. 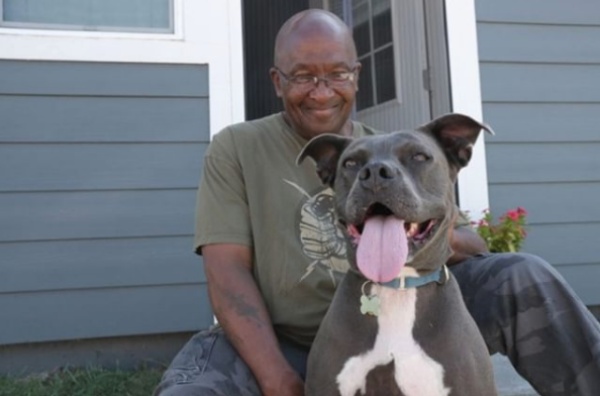 The Veteran and VCP’s Veteran Support Services team meets with each resident to uncover the underlying cause of homelessness. Then, specially-trained case managers work with them over time to acheieve goals specific to their needs in key areas: health and wellness, education, employment, financial literacy, and the cultivation of a personal support network.

Once a resident meets the goals they’ve set, the VCP helps them find and secure permanent housing elsewhere — and the resident gets to take everything inside the tiny home with them. 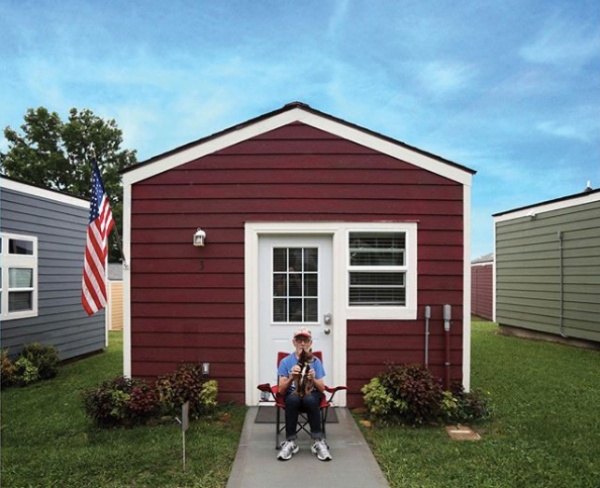 It is truly incredible.

VCP doesn’t just offer their services to those who live in their tiny homes, either. They also provide walk-in support services to veterans who come to the Veteran Outreach Center. Again, all services are free of charge. 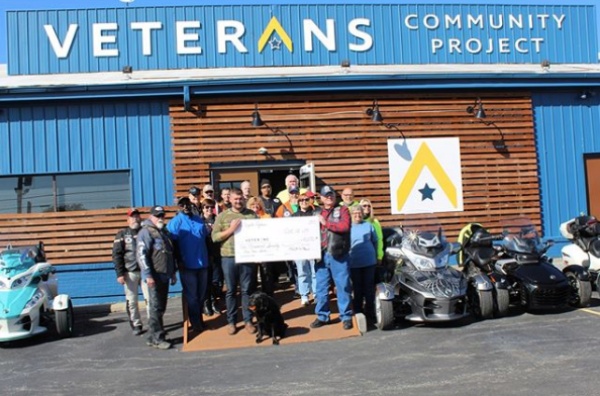 Without these services and homes, many veterans could still be homeless or even end up in jail. Many of our servicemen and women struggle with homelessness, PTSD, addiction, or other difficulties.

According to estimates from the U.S. Department of Housing and Urban Development, there are just under 40,000 homeless veterans. However, that number has been declining in recent years. The VA estimates that in 2019, there was a 2.1% decrease in the number of homeless Veterans nationwide. Initiatives like the Veterans Community Project are contributing to this decline. 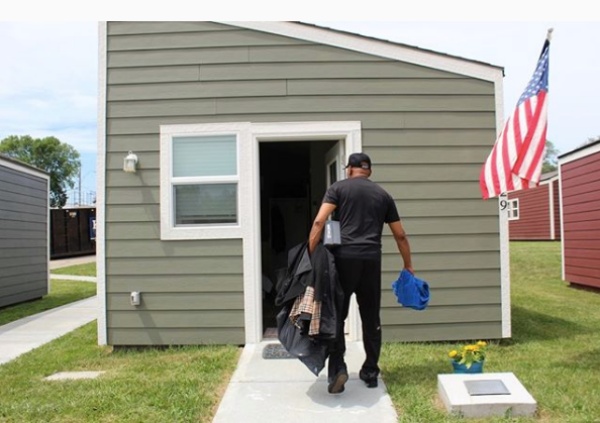 You can help the organization by volunteering, donating goods and gift cards, hosting an event to raise awareness and funds, planning a service project, or donating money directly to the organization. 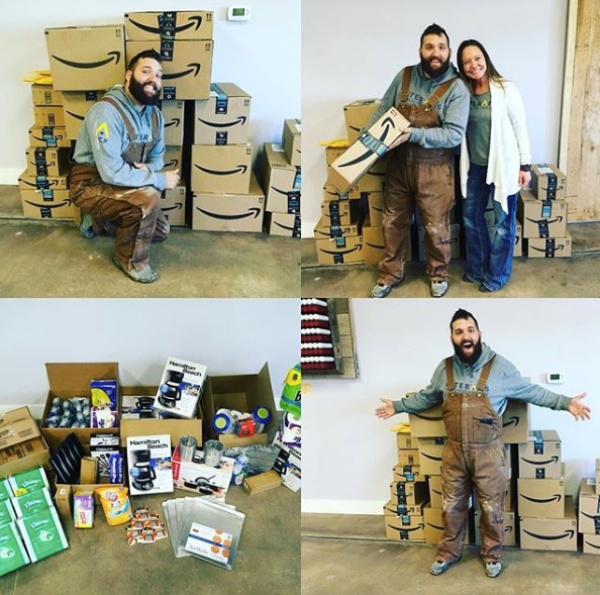 Learn more in this video about their national expansion.