The best way to thank a veteran isn’t always a matter of ceremony or ribbons. For many of our country’s vets, a job can mean a great deal more.

On the homefront, many vets face a new battle. From making the trip for a job interview, negotiating a position and more, the stresses of joining the workforce can be tough to navigate. Two companies have taken notice of this fact, however, and micro-entrepreneurial ride sharing programs Uber and Lyft are making great contributions to veterans in the area of employment. 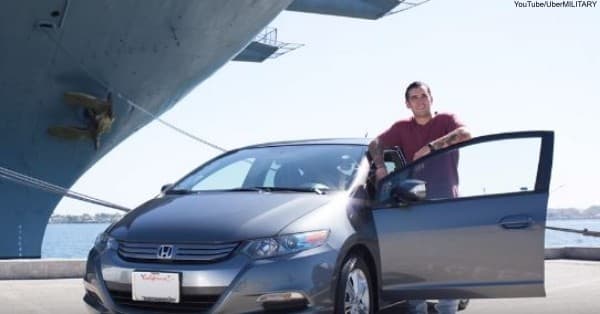 The first major effort was from Uber in 2014. The company announced from UberMILITARY that it planned to hire 50,000 veterans over the course of 18 months. Based on a study done in Uber’s San Diego network, the company found that veterans not only make more trips with Uber, they also garner more positive feedback than non-veteran drivers. Both veterans and Uber benefit from this plan, which reached its goal in April.

Celebrating their success, the UberMILITARY Advisory Board, which includes former Secretary of Defense, Dr. Robert Gates, donated $1 million to the US Chamber of Commerce Foundation’s Hiring Our Heroes, Tragedy Assistance Program for Survivors, Iraq and Afghanistan Veterans of America,` and Homes for our Troops.

In 2015, both Uber and Lyft donated tens of thousands of free trips to veterans for rides to work, job interviews, and other critical needs. Part of the White House’s Joining Forces Initiative, the donation was announced on Veteran’s Day that year.

The pairing of veterans and ride sharing or taxi services is a good match in many ways and Uber hasn’t shied away from bringing up why. In 2014, 21.4 percent of young veterans under 25 were unemployed, along with 25 percent of military spouses. And that population grows, as 300,000 service members transition to the civilian workforce every year. The opportunity of employment as a driver with the ability to make your own hours can provide a much needed supplementary income.

Uber has partnered with the U.S. Chamber of Commerce Foundation’s Hiring Our Heroes initiative, offering support and advice to vets seeking work through job fairs, but Congress also has the ability to help more veterans find employment. Senator Patty Murray’s Work Opportunity Tax Credit will expand potential job opportunities for veterans, and you can support her efforts in pushing it forward with your signature.