That’s when her troubles started.

“I got called a ‘terrorist.’ I got called ‘ISIS.’ I hear comments that I’m the reason why 9/11 happened,” Valdovinos told Yahoo.

It was during a suicide-prevention briefing at a chapel in Ft. Carson, Colo., that Valdovinos claims Command Sgt. Maj. Kerstin Montoya pulled her out of rank formation and made her take off the hijab in front of her fellow soldiers, the Army Times reports. 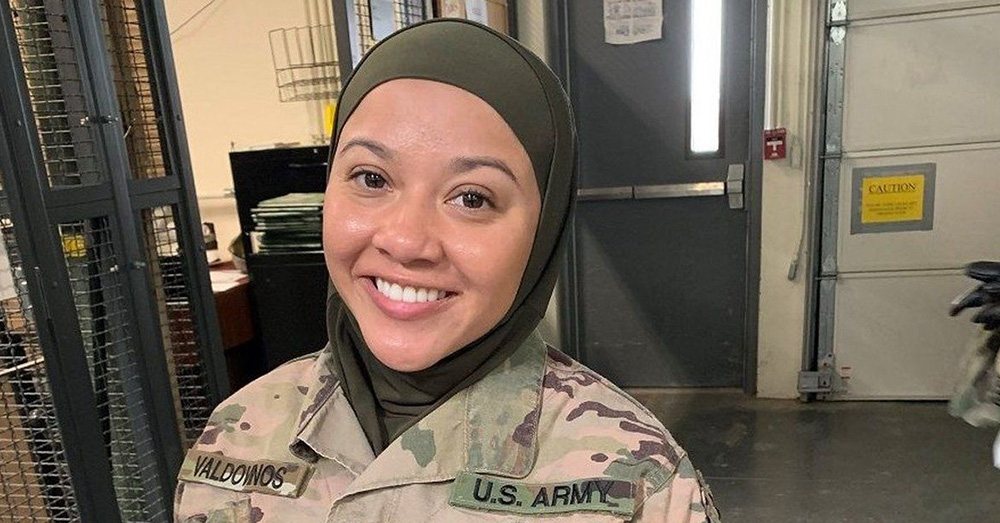 “I felt embarrassed and religiously raped in a sense,” Valdovinos wrote in an email to the Military Religious Freedom Foundation (MRFF). “My religious preference is only to unveil in front of my husband in the comfort of my own home.”

Army Capt. Brooke Smith, one of Valdinovos’ colleagues, said she was in the room when the exchange occurred. Capt. Smith told Army Times that “[u]pon removing her hijab it was evident her hair was completely down … CSM Montoya told her to get her hair back in regulation and not let it happen again. At no point did CSM Montoya touch the soldier or yell at her (at all or within earshot of other soldiers).” 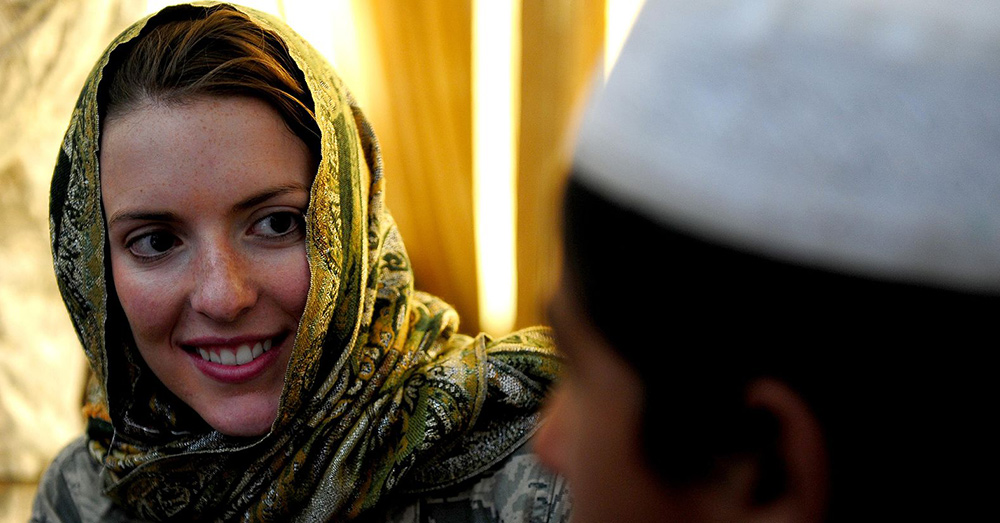 Source: Wikimedia Commons
Hijab’s have been allowed in the U.S. military since 2017.

Valdovinos filed a complaint with the Equal Opportunity Office in March 2019, and now plans to press charges against the US Army. Her account of the incident maintains that the Command Sgt. Major told her that her hair was not done to regulation, an observation that would require the superior to have seen under the head scarf.

“She must have been born on krypton,” Mikey Weinstein, president and founder of the MRFF, which is facilitating the soldier’s legal assistance.

“Even if this CSM did have X-Ray vision, our client’s hair was neatly tucked beneath her under-cap, completely in accord with Army appearance regulations,” Weinstein later wrote on the MRFF website. “This under-cap is part and parcel of her prior Army-approved hijab garments.” 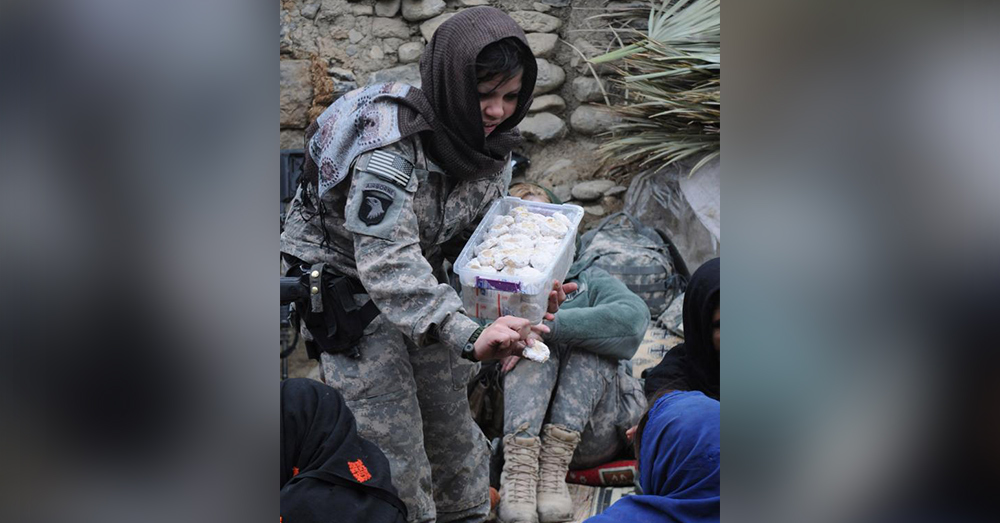 In a separate incident, which the US Army has deemed an “inappropriate relationship,” Valdovinos was demoted. Col. Zinn told Task and Purpose that there have been no “adverse actions against Spc. Valdovinos in response to the wear of any religious garment, her equal opportunity complaint, or the resulting media attention.”

“The senior non-commissioned officer acted appropriately by enforcing the proper wear of the hijab, in compliance with Army Regulations,” he said.

Col. Zinn also made it clear that no soldier should fear recrimination for voicing their issues with the US Army, especially when those issues involve unjust treatment.

“As a brigade our leaders and myself will continue to support every Soldier’s right to file a complaint or to express their grievances openly, freely, and without fear of reprisal when they feel they have been treated unfairly,” Zinn wrote in a statement.

Learn more about the Army’s policy concerning hijabs in the video below.

Soldier Breaks Formation To Give Daughter A Hug In Emotional Homecoming: Click “Next” below!