The sailors aboard the USS New York carry with them a constant reminder of those who gave their lives in the terrorist attacks of Sept. 11, 2001. The nose of the ship is made out of steel taken from the wreckage of the World Trade Center’s South Tower, salvaged from the Staten Island landfill.

“Every ship in the Navy has a namesake room or a legacy room, but on our ship the whole ship is a legacy to what happened,” Command Master Chief Ben Hodges told Task and Purpose.

The USS New York, a San Antonio-class amphibious transport dock, calls Naval Station Mayport in Jacksonville, Florida, its home, but its heart will forever have roots in the City that Never Sleeps. 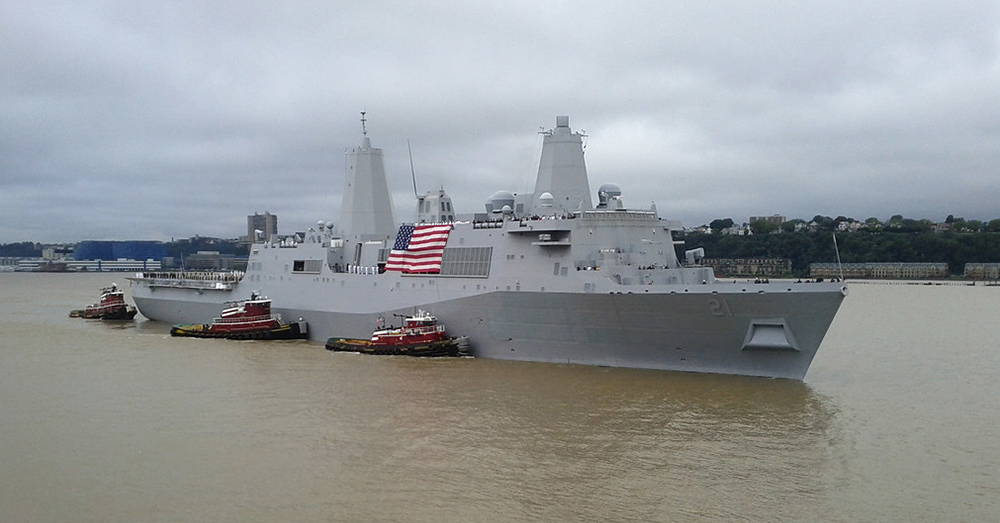 According to Task and Purpose, “A steel plate recovered from the Trade Center rubble is on display above one of the most-used passageways. A firefighter’s helmet reminds sailors of the first responders who sprung into action.”

Even daily prayer rituals honor those who lost their lives on 9/11, as the ship’s chaplain names a victim of the attacks during each service. 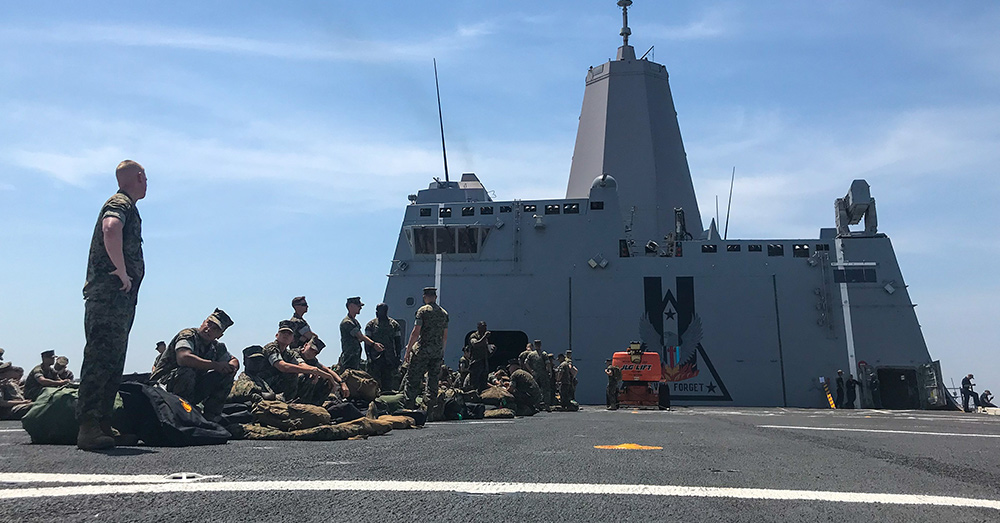 Source: U.S. Marines
Sailors aboard the USS New York honor those who dies in the terrorist attacks of 9/11 every day.

“We talk to all of our sailors when they initially check in and explain to them the significance of what they are a part of,” Hodges said. “You can’t help when you walk around the ship to notice all the things meant to remind you of why you serve.”

Metal for the ship’s bow stem was presented to Northrop Grumman Ship Systems, the company that built the USS New York, by the Intrepid Air-Sea-Space Museum on Veterans Day 2002, on behalf of the City of New York. A year later, about 7.5 tons of the steel was melted down and cast in its current form. 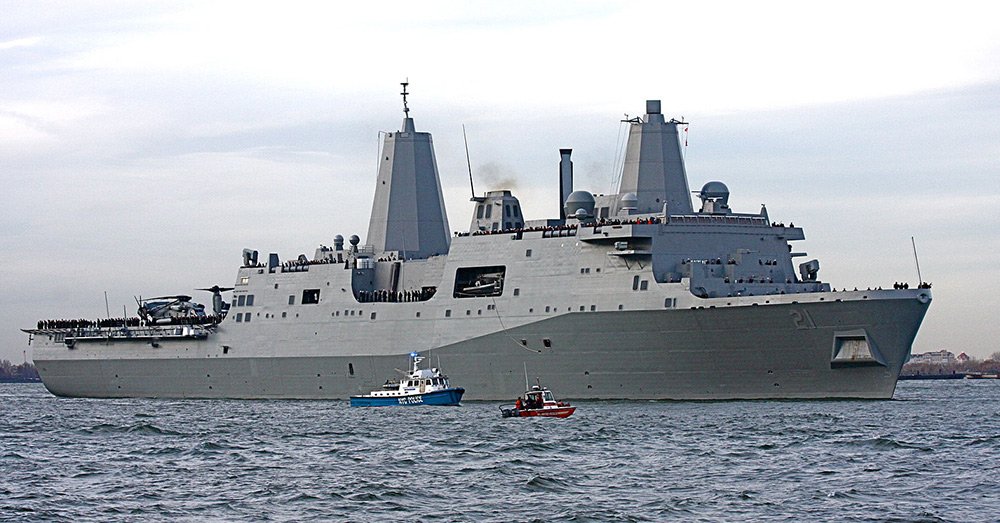 Source: Wikimedia Commons
State names are typically reserved for submarines, but this ship bears a special name, for a very special reason.

As the molten steel was poured into the mold, Navy offices and factory workers were there to watch.

“It was a very spiritual, kind of religious thing,” said retired US Navy captain Kevin Wensing. “Everyone involved with the project knew it was something special.”

These three mighty @USNavy warships are tributes to those who suffered, sacrificed and serve. #NeverForget #911Anniversary pic.twitter.com/ja98O4EJWL

State names are usually reserved for submarines. The San Antonio-Class transport ship, being outfitted to carry both Navy sailors and Marines, as well as facilitate civilian tours, made the perfect choice for the New York name, and just a few days after the attacks fo 9/11. Alongside this ship, the USS Arlington and USS Somerset were named in honor of the explosion at the Pentagon and where United Flight 93 crashed in Pennsylvania.

Budweiser’s Tribute To 9/11 And The American Spirit Is Just As Inspiring Today As It Was During Super Bowl XXXVI: Click “Next” below!