Jim Jarvis, The Oldest Survivor of the Sinking of The USS Indianapolis Has Died

On June 6, 2020, we lost yet another of our nation’s Greatest Generation. Mr. Jim Jarvis, who had been up to the time of his death, the oldest living survivor of the terrible sinking of the USS Indianapolis on July 30, 1945, passed away at the age of 98 in Uniontown, Ohio.

After the war, Jarvis married and he and his wife raised a daughter. He loved attending the USS Indianapolis reunions over the years and his sense of humor was well known. He was often seen at those reunions wearing a T-shirt emblazoned with the words, “USS Indianapolis Swim Team” and shark skin patterned shorts.

What happened to the “Indy” and her crew certainly had much to do with shaping the man that Jarvis would become. 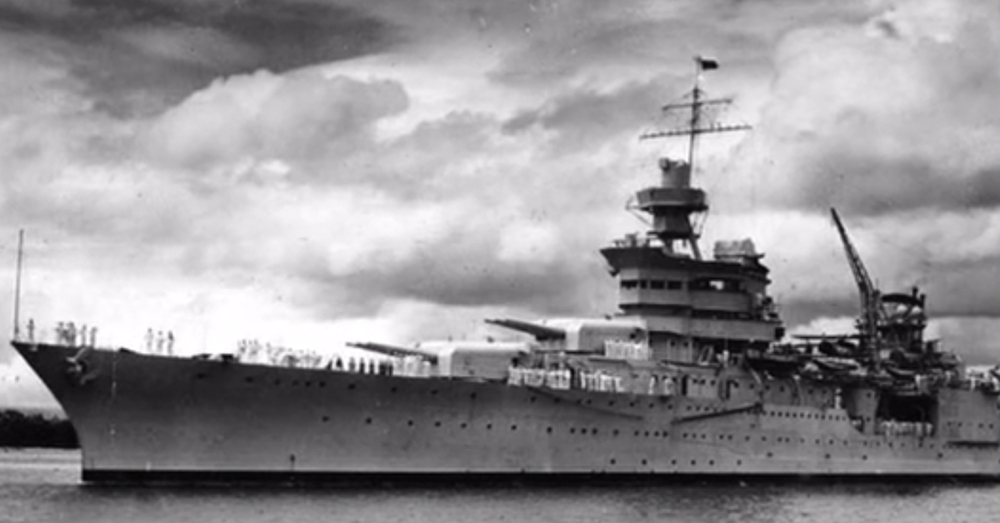 The USS Indianapolis was a Portland-class Heavy Cruiser, a big, heavily armed ship. In July 1945, she was missioned to pick up and deliver a secret cargo to the island of Tinian in the South Pacific. They did not know until later what that secret cargo was. It was, in fact, the components and the uranium that would be put together to make “Little Boy,” the world’s first atomic bomb. 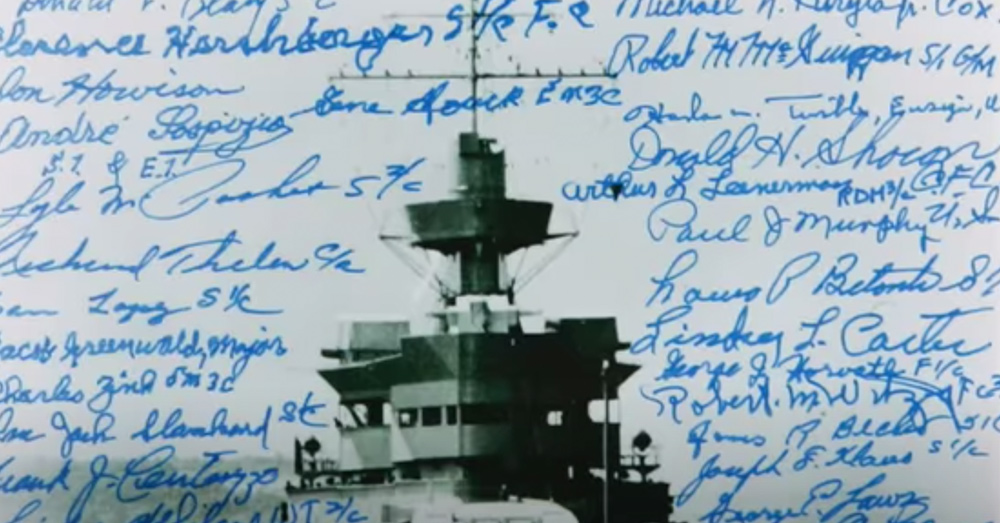 Source: YouTube/PennLive.com
Signatures of the survivors of the USS Indianapolis.

Little Boy was exploded over the city of Hiroshima, Japan on August 6, 1945. A second bomb would be dropped over Nagasaki, Japan and would be instrumental in finally bringing an end to history’s most deadly and costly war, WWII. 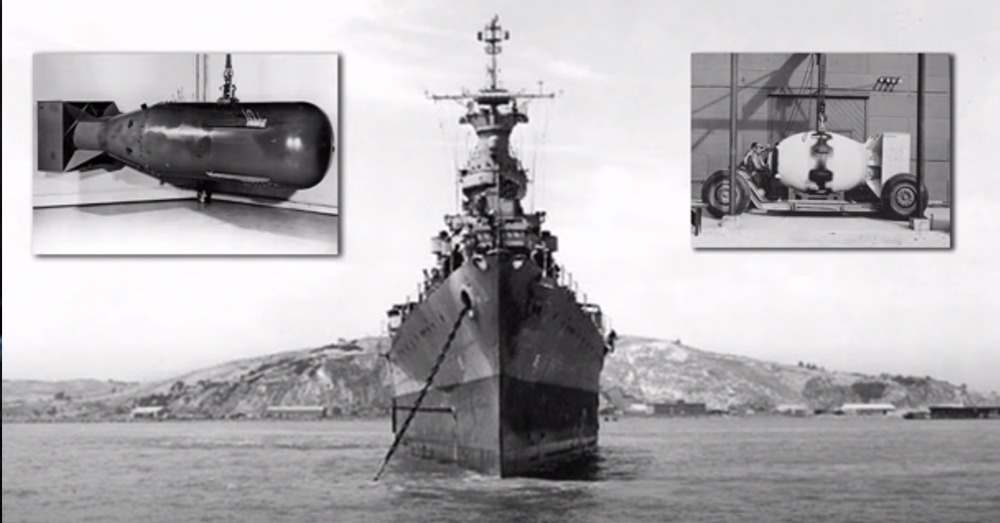 Three days after dropping off their secret cargo at Tinian, the USS Indianapolis was steaming through the Philippine Sea to join up with the fleet for the final assault on the main Islands of Japan. On July 30, a Japanese submarine spotted her and launched 6 torpedoes toward her. Two of those torpedoes hit the Indy and she sank in an incredibly short 12 minutes.

In that short period of time 300 of the crew went down with the ship. There was not enough time to launch lifeboats, or to gather water and food supplies, which meant that the 890 crew members that had initially survived the sinking were left treading water and clinging to flotsam from from the sunken ship. Critically, there was not even enough time for the ship’s radiomen to be able to send the SOS signals before the ship went under. As a result, the surviving crew would spend the next 4-5 days floating in the sea, under intense heat and direct rays of the sun, with no food and fresh water, surrounded by sharks. 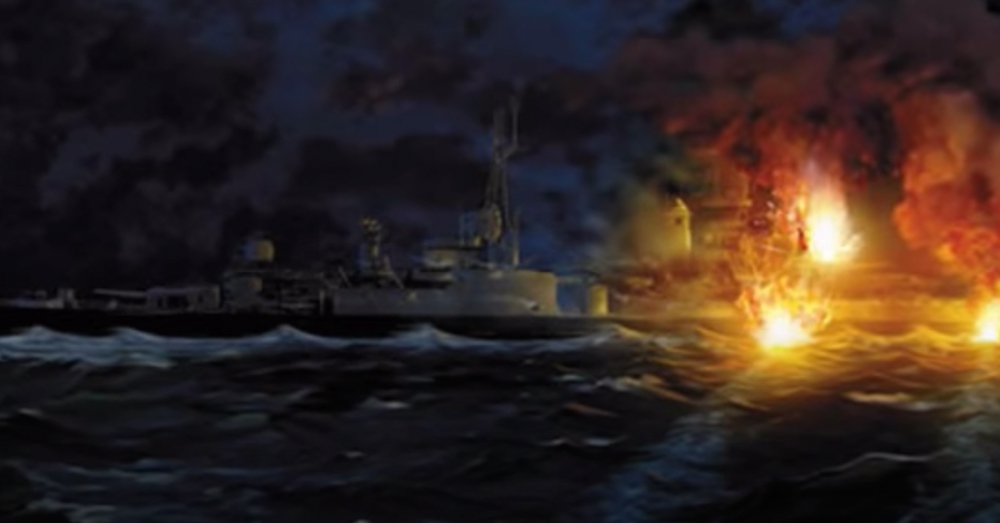 Source: Youtube/Stars and Stripes
After it was struck by torpedoes, the crew of the USS Indianapolis was stranded for days.

Men died from exhaustion, dehydration and were being picked off by sharks throughout those 4 days. You will hear more about what it was like from one of the survivors in this video.

By the time a rescue effort arrived on site, only 316 of the almost 900 original survivors of the sinking were left to be rescued. With Jim Jarvis’ death there now remain only 9 survivors of that terrible event.

The Veterans Site sends its condolences to the family of Jim Jarvis. We promise to never forget the price that the survivors of the sinking of the USS Indianapolis paid in service to the country in WWII. We wish Mr. Jarvis “Fair Winds and Following Seas.” God speed good sailor. You homeport is in sight. 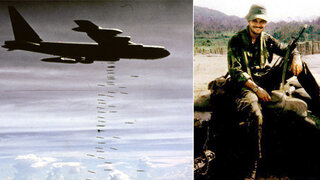