The Lost 52 Project is an organization dedicated to finding and recording the 52 United States submarines that were listed as lost during WWII. This year, the complete wreckage of the USS Grunion SS-216 was found off the coast of the Aleutian Islands of Alaska.

Here is her story:

The USS Grunion was commissioned on April 11, 1942. Her commander was Lt. Cmdr. Mannert Abele. She carried a crew of 70 officers and sailors. After her commissioning on the East Coast, she was ordered to Pearl Harbor. While in the Caribbean on her way to Pearl, she participated in the rescue of soldiers who had been aboard a United States Transport Ship (USAT) that had been sunk by a German U-Boat. She was able to rescue 16 of those men. 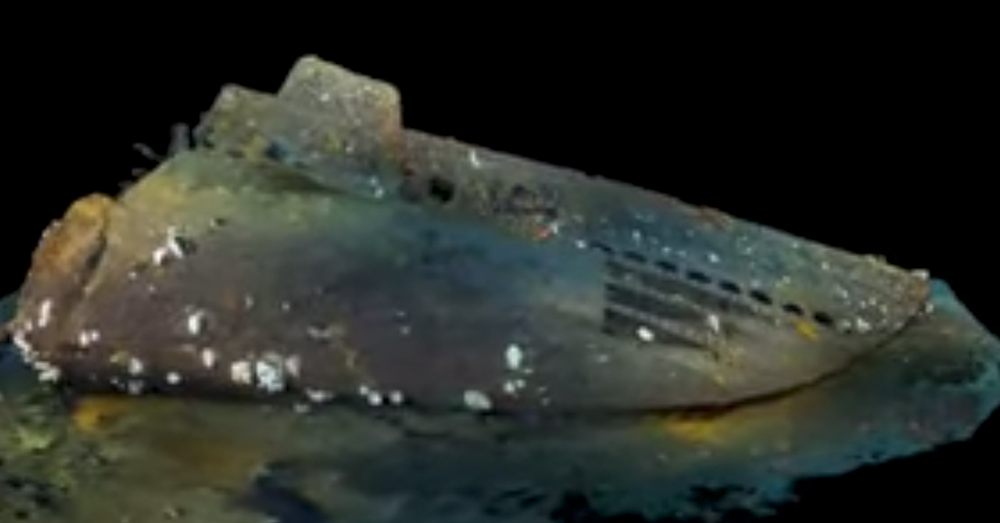 Source: YouTube/Ocean Outreach
The bow of the USS Grunion outlined by 3D imaging.

The Grunion made it to Pearl Harbor and was then ordered to the Aleutian Islands in June of 1942. She arrived at Kiska, Alaska and soon had sunk two Japanese patrol boats off of the Aleutian chain.

She was then ordered to Dutch Harbor in July. Something happened to her on her way there, for she was never heard from again. She was declared “Lost” by the United States Navy on October 5, 1942. 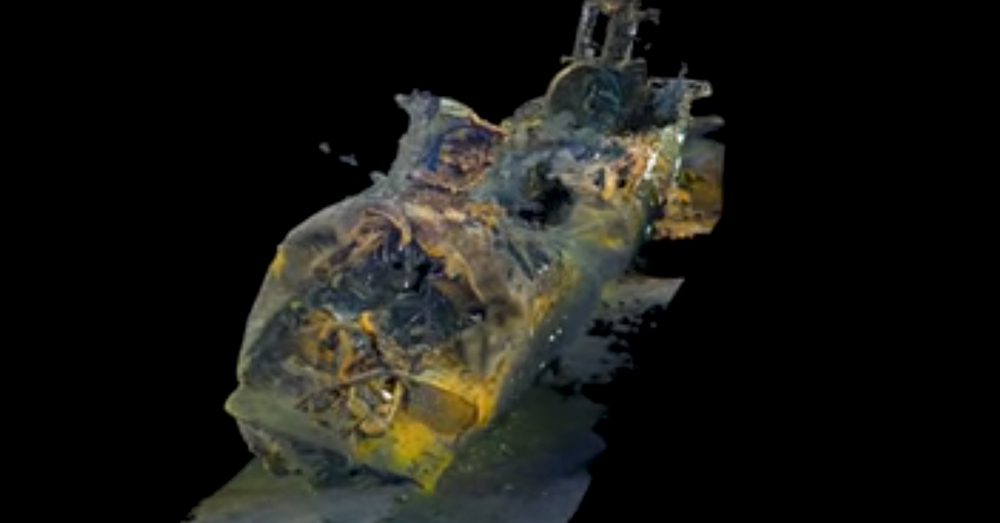 Source: YouTube/Ocean Outreach
The USS Grunion was lost in 1942.

The Lost 52 Project had found much of her wreckage a few years ago, but her bow was missing. Recently, this year, with the help of autonomous underwater vehicles and using 3-D photography, they found her bow. It had broken off and slid down a steep volcanic slope off of the Aleutians.

With 3-D photography, they have been able to piece the wreckage fo the USS Grunion together for a fuller picture. You can see what that looks like in the attached video. They will be able to study her more carefully now and learn more about what might have happened to her because of this. 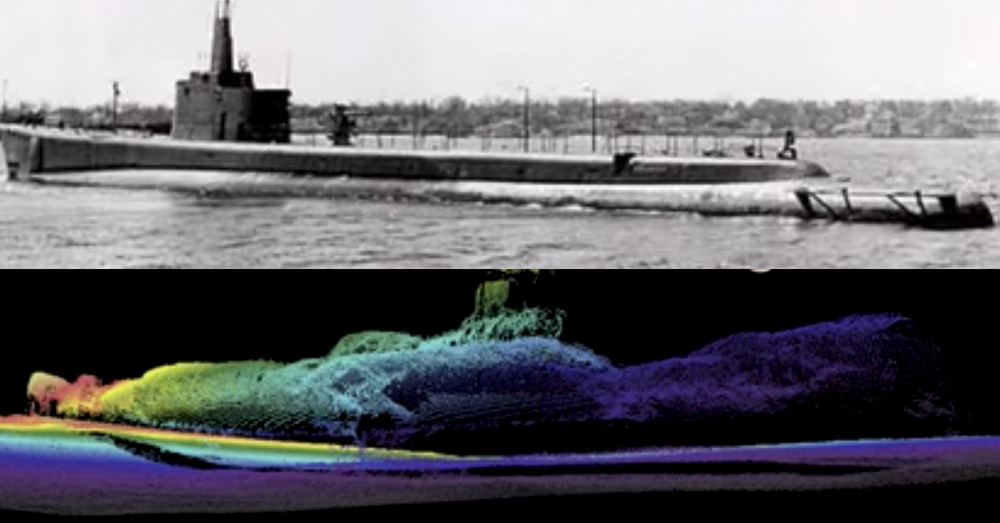 Source: YouTube/Ocean Outreach
After nearly 80 years, the USS Grunion’s bow has been discovered.

We must remember that when the Grunion went down, she took her 70 officers and sailors with her. Their final resting place is there on the ocean floor off of Alaska. It is a sacred spot and the Lost 52 Project is very conscious of that fact. They hope that with the new technology they are using they will be able, not only to identify the lost submarines, but also to reveal new information that will help future generations understand what happened to the USS Grunion.

The Veterans Site shares this story to honor and to remember those 70 sailors and officers who served aboard the USS Grunion (SS-216). May they rest in peace and may their remaining families find comfort in knowing where they rest.