The USS Constitution, or “Old Ironsides,” proved today that it is still just as seaworthy as it was when first commissioned 220 years ago. On Friday morning, the warship left Charlestown Navy Yard in Boston and sailed to Fort Independence at Castle Island where it was met by the Concord Independent Battery and 101st Field Artillery Regiment from the Massachusetts National Guard. This is the first time the ship has sailed in years.

The historic ship’s trip to Fort Independence and back to Boston is part of the Unites States Navy’s 242nd birthday and the Constitution‘s 220th birthday celebrations. That celebration will continue on Saturday with ship tours and activities throughout the day for visitors of all ages. 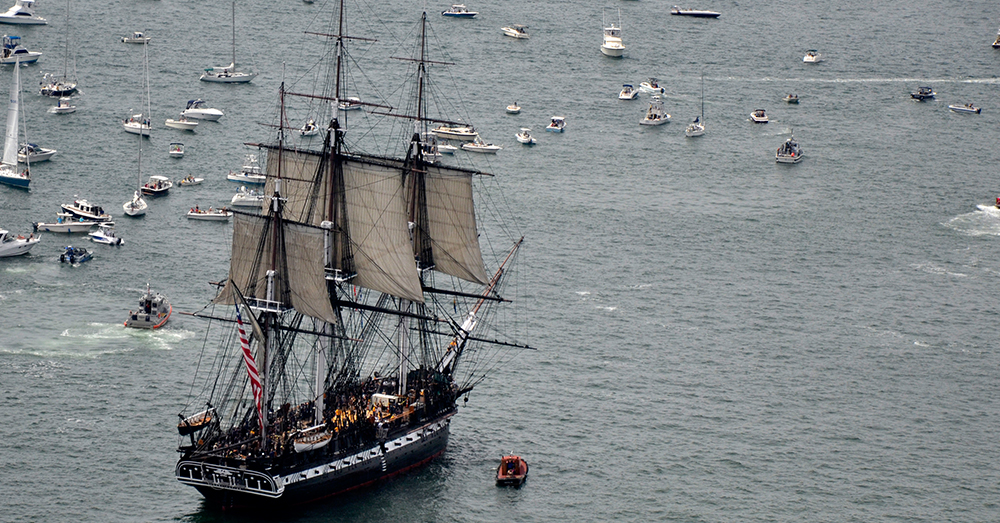 The USS Constitution is the oldest commissioned warship afloat in the world. It was commissioned and named by President George Washington and set sail for the first time in 1797. Known as “Old Ironsides” for its numerous victories during the War of 1812 between the United States and the United Kingdom, the three-masted heavy frigate is a wooden warship with sides nearly two feet thick. It was one of six ships commissioned by George Washington with the Naval Armament Act of 1794, and its first captain was Samuel Nicholson, originally a captain in the Continental Navy during the Revolutionary War.

The USS Constitution has a rich history. It was one of the first ships of the newly-created United States Navy, the successor of the Continental Navy. It was personally named by President George Washington and President John Adams, who attended its inaugural launch in 1797. The ship’s copper bolts and spikes were forged by none other than Paul Revere. It would win numerous battles during the War of 1812, later become a training vessel during the Civil War, and finally retire from active duty in 1855.

Not only does it have all of that history, but “Old Ironsides” has a very unique distinction from other U.S. naval ships. The USS Constitution is the only remaining ship in the Navy’s fleet that has actually sunk an enemy ship. Of course, that was back in the War of 1812 — but it just adds to how impressive this two-century-old ship really is! 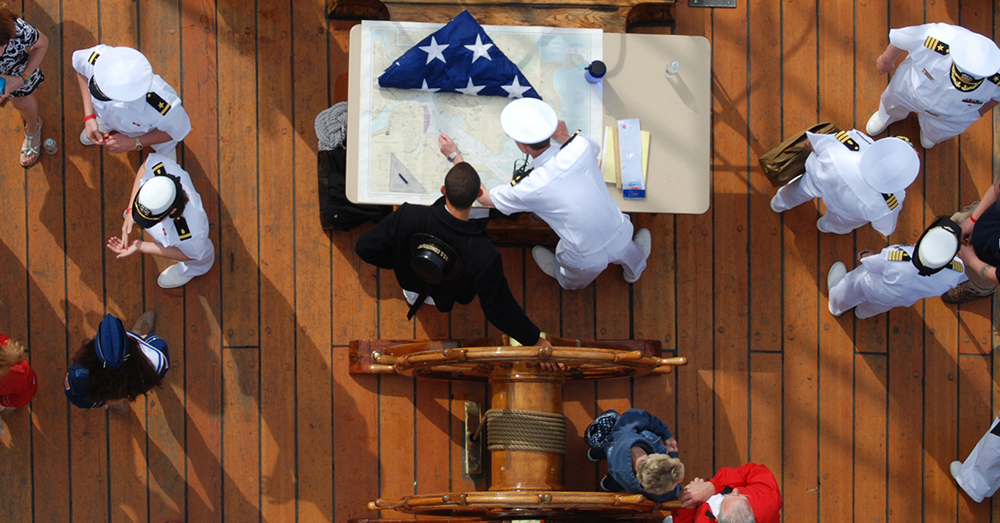 “Old Ironsides” actually has copper sheathing on it. The nickname was given not for having sides of iron, but for the ship’s strength in battle and its victories over British ships like the HMS Guerriere and the HMS Java.

During the two-year restoration of the ship, 2,200 copper sheets and 100 hull planks were replaced. White oak was used for the new planks and keel, keeping with its original construction. The ship is still operated by the U.S. Navy, along with the Naval History & Heritage Command Detachment Boston, but was retired from active duty in 1855 and has been stationed at Charlestown Navy Yard in Boston since 1934. It undergoes repairs roughly every 20 years.

After two years of restoration work in a dry dock at Charlestown Navy Yard, the USS Constitution was relaunched in July with great fanfare as it was towed into Boston Harbor.

Saturday’s celebration of the USS Constitution‘s 220nd birthday will run from 11 a.m. to 4 p.m. and include tours of the warship, speakers, ship building and racing, and other free activities. Visitors will also have the chance to make birthday cards for the USS Constitution, as well as make paracord bracelets for military care packages. A cannon salute will take place at 12:15 p.m. precisely to mark the first launching of “Old Ironsides” in 1797.

Watch the USS Constitution fire a cannon for evening colors in the video below!