USPS Is Raising Money For Veterans With The Healing PTSD Stamp

The United States Postal Service is attempting to raise money for veterans by issuing a ‘Healing PTSD’ semi-postal stamp. The money from the stamp will go to the US Department of Veteran Affairs for the National Center for PTSD.

You will pay $.65 for the first-class stamps, which is $.10 over the standard price. When a stamp is designed to fund causes that are in the public interest, they are known as a semi-postal sale. That is the case with this posttraumatic stress stamp and any extra money will go to the cause.

On the front of the Healing PTSD stamp, there is a green plant coming from the ground, littered with fallen leaves. It is symbolic of the healing process associated with PTSD. Greg Breeding is the art director that designed the stamp and the original art is from Mark Laita. 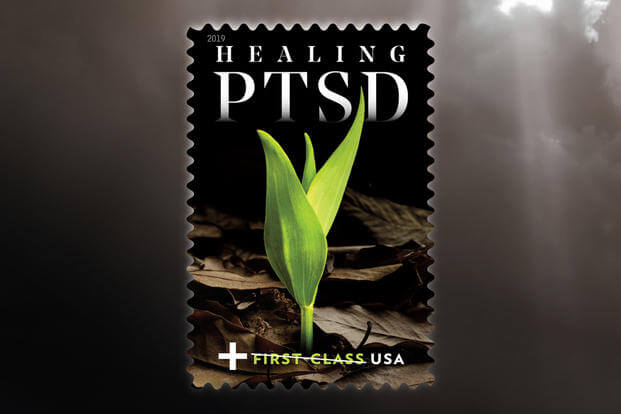 The original release of the stamps was delayed because of a first-day computer glitch. It was to be issued as an early release but after the issue was fixed, the stamps were to be available nationwide. Sheets of 20 stamps can also be ordered from the USPS website.

This isn’t the first military-themed stamp, as there were two others prior to the Healing PTSD stamp. It includes the Military Working Dogs forever stamp on August 1, 2019. The military working dogs forever stamp included four breeds that served in the US military, the German shepherd, the Belgian Malinois, the Labrador retriever, and the Dutch shepherd.

Another military stamp was the Purple Heart Forever stamp, issued on October 4, 2019. It honors those who were wounded and killed in action in the US military by displaying the metal.

You can still purchase any of the military stamps. None of them are part of a fund-raising drive, so they are available at the $.55 first-class rate.