The United States Air Force Thunderbirds, like the U.S. Navy’s Blue Angels are more than just a just cocky jet jockeys. They are the cream of the crop, some of the best fighter pilots in the world. Over 300 million people have had the exciting privilege to the Thunderbirds at work in air shows around the globe.

Thunderbirds is the nickname of the USAF Demonstration Squadron, which is part of the 57 Wing of the USAF based out of Nellis Air Force Base, in Nevada. They take their name from a bird that is common to the legends of many of the indigenous tribes of North America. According to many of those legends, it is considered a supernatural being of great power and strength that controls the upper world. 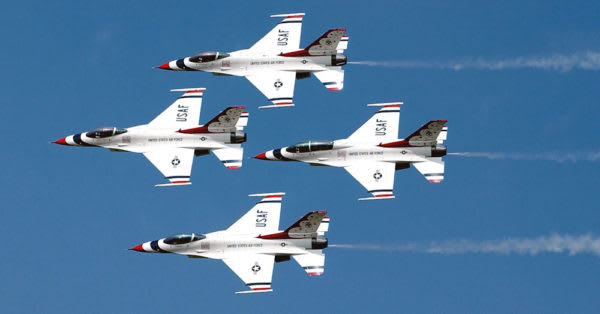 The birds are often called “Thunder Beings.” And when these Air Force pilots and their F-16 fighter planes fly overhead in their aerobatic formations they really do bring thunder, force, and beauty to the spectators below.

The 57th Wing is part of the USAF’s combat forces. If the need arises these pilots and their planes are easily integrated into those fighting forces. 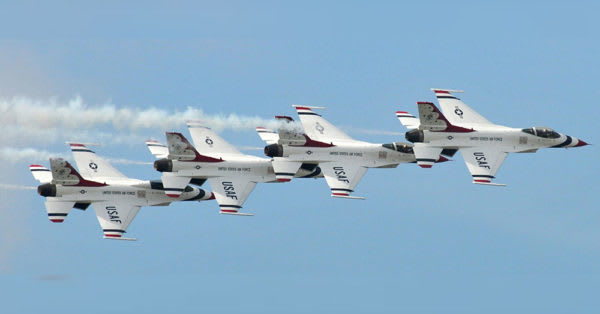 As a demonstrations team, the Thunderbirds are the world’s third oldest aerobatic team. They were preceded by the Navy’s Blue Angels, which was formed in 1946, and the French Air Force’s Patrouille de France team, formed in 1931.

The officers who fly the Thunderbirds serve a two-year assignment with the squadron. They enlisted men and women who are part of the team serve from three to four years in the Demonstration Squadron. 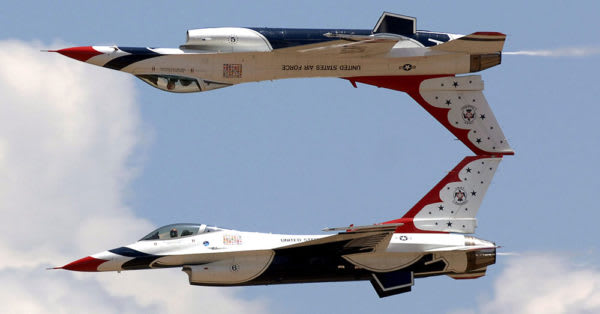 One can only guess what a privilege and what a thrill it must be to be a part of such an elite team.

Watch them in flight below!

The Veterans Site sends its respect to all the elite airmen who fly and serve with the USAF Demonstration Squadron (Thunderbirds) out of Nellis Air Force Base.