The remains of all 10 sailors killed aboard the USS John S. McCain have been recovered, the Navy reported on Sunday. Navy and Marine Corps divers continued to search the flooded compartments on the Navy destroyer even after the official search and rescue operation was called off.

Last Monday, August 21, the Navy reported that the USS John S. McCain destroyer collided with a Liberian-flagged oil tanker off the coast of Singapore in a busy shipping lane. The damage to the USS McCain was extensive and at the waterline, but tugboats were able to pull the ship to Changi Naval Base. There it was met by the USS America, which launched a search-and-rescue operation for 10 sailors who went missing in the crash. On Thursday morning, the Navy called off the search and identified the 10 missing sailors.

Two of the sailors, both Electronics Technicians 3rd Class, were recovered by Friday and were declared deceased. Going into the weekend, the Navy still listed the other eight sailors as missing. While the Navy had officially suspended its search-and-rescue operations, it said Thursday that Navy and Marine Corps divers would continue to search the USS McCain for the other sailors.

On Sunday, the Navy stated that it had recovered the remains of all 10 sailors. They will now make their final trip home, where their families will make private funeral arrangements. 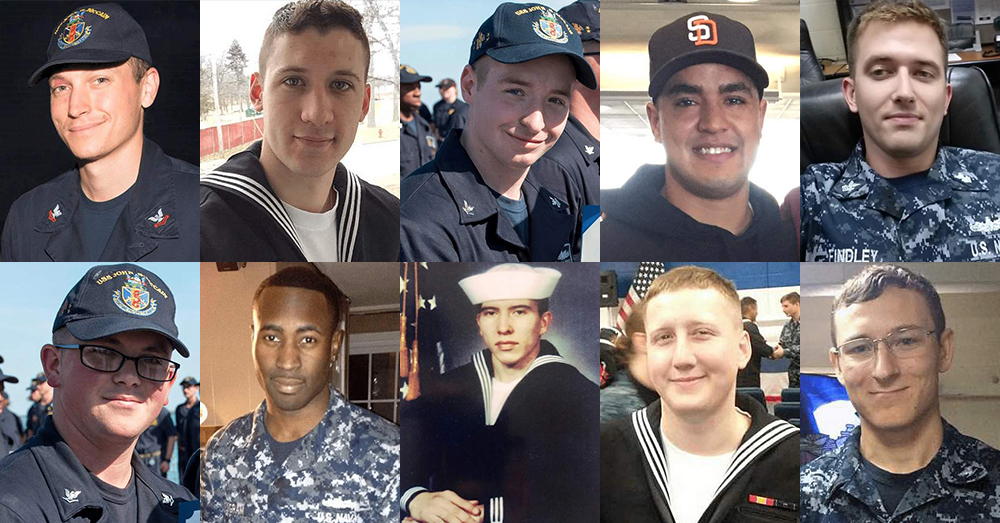 The 10 sailors who lost their lives on the USS John S. McCain are:

“My thoughts and prayers are with the sailors and families of the USS John McCain,” said James Mattis, Secretary of Defense. “We obviously have an investigation underway, and that will determine what happened.” 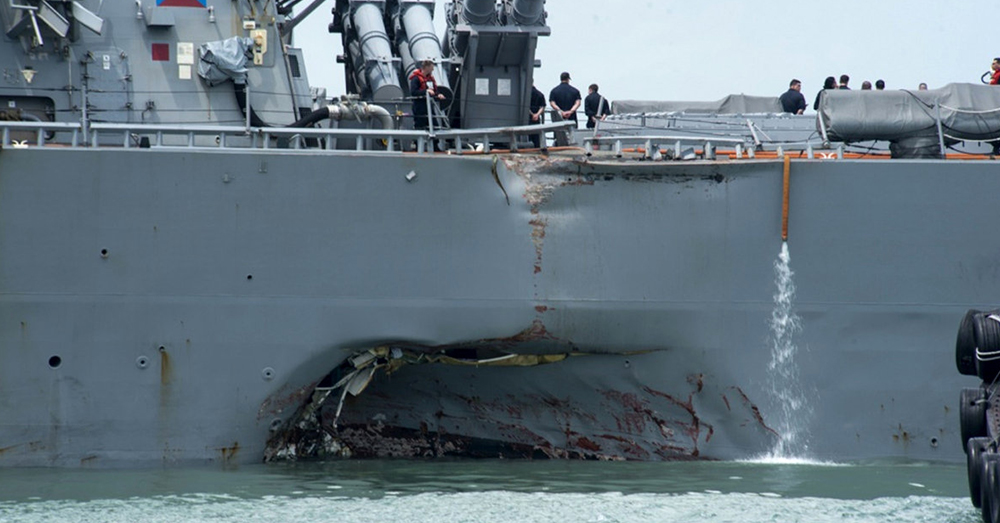 The White House issued a statement at the time, saying, “It is with great sadness that we learned today of the United States sailor fatalities following the August 21st collision between the guided-missile destroyer USS John S. McCain and a merchant vessel, which occurred east of the Straits of Malacca and Singapore. As the Navy begins the process of recovering our fallen sailors, our thoughts and prayers go out to their families and friends.”

The Veterans Site joins with the Navy and the nation in mourning the loss of these fallen sailors, and our thoughts and prayers are with their families, friends, and fellow service members.