This Vet Is Finally Reunited With His Children After Searching For Nearly Half A Century!

In 1966, when Allen Thomas was serving a tour in South Korea, he fell in love with Pae Seong-Kuem (whom Thomas called “Connie”). Together, the couple had twins and got married. But when Thomas’ tour ended in 1969, his family slowly began to fall apart. His children were put up for adoption and Thomas didn’t see them again for over 40 years. This year, however, Thomas’ search took a new turn after he asked the Facebook community for help. 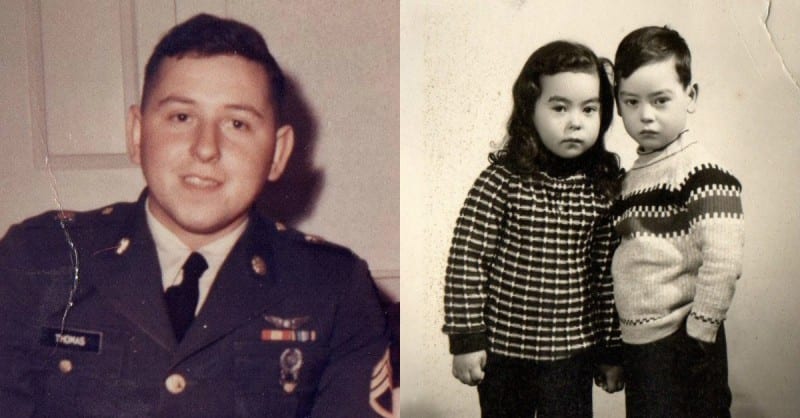 Before Thomas left South Korea, he had legally adopted a third child of Connie’s from a previous relationship, Jae-Im. But when his tour ended, Thomas was not able to secure passports for Jae-Im and Connie. Thomas returned to America and sent money to Connie and the rest of his new family for support. In order to see them again, Thomas volunteered to serve a tour in Vietnam. During a 30-day leave he was able travel to South Korea to see Connie and his kids. But by then his relationship with Connie was already falling apart.

Allen Thomas and Connie divorced. Thomas was unable to retrieve his children from South Korea due to bankruptcy. In 1976 —without his knowledge— Connie put up their twins for adoption in the U.S. Thomas didn’t find out about this until the 80’s and was prevented from contacting his children due to adoption-based privacy laws. Thomas later told ABC News:

“I was caught between two worlds. They were adopted under Korean law. Now all of a sudden they got the American law. Well okay, where are my rights? I was told I had no rights.” 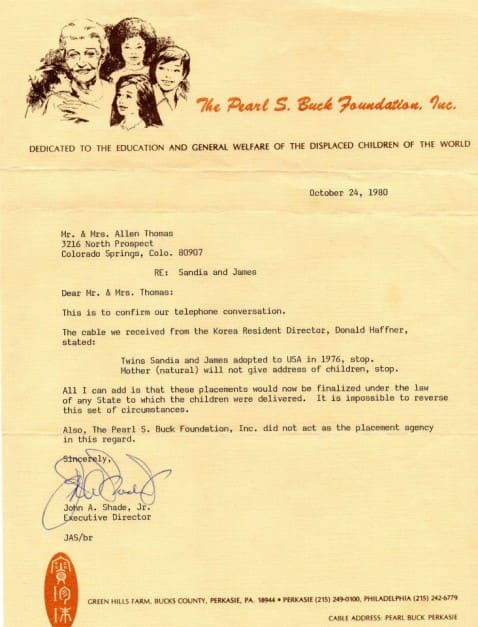 He often thought about the family that he had started in South Korea but didn’t know what he could do to get them back. By this time Thomas had remarried and started a new family in Colorado. This year, Thomas decided to renew his efforts using Facebook, which is when ABC New’s segment, “20/20” stepped in to help.

With help from ABC’s news bureau in South Korea and an investigative genealogist, they were able to track down Thomas’ twins. Their reunion was filmed and is thrilling to watch. As Thomas’ now-adult children ascend the stair of the studio, you can feel the nervous excitement pumping through their veins. And when they finally see their father for the first time in 45 years, it’s hard not to share their joy.

It’s taken them decades to reunite, but Family is bond that can’t be broken. Despite the many hurdles that Thomas has faced, this veteran’s children are finally where they belong; with their family.