Cydney Cooper gave birth to twins 33 weeks into her pregnancy. They had arrived early, and their father, Kansas Army National Guardsman Skyler Cooper, was stationed in Kuwait.

Or so Cydney thought.

It had been 7 months since Skyler last saw her husband. And, while visiting her tiny babies in the hospital’s neonatal intensive care unit, he walked in the door. 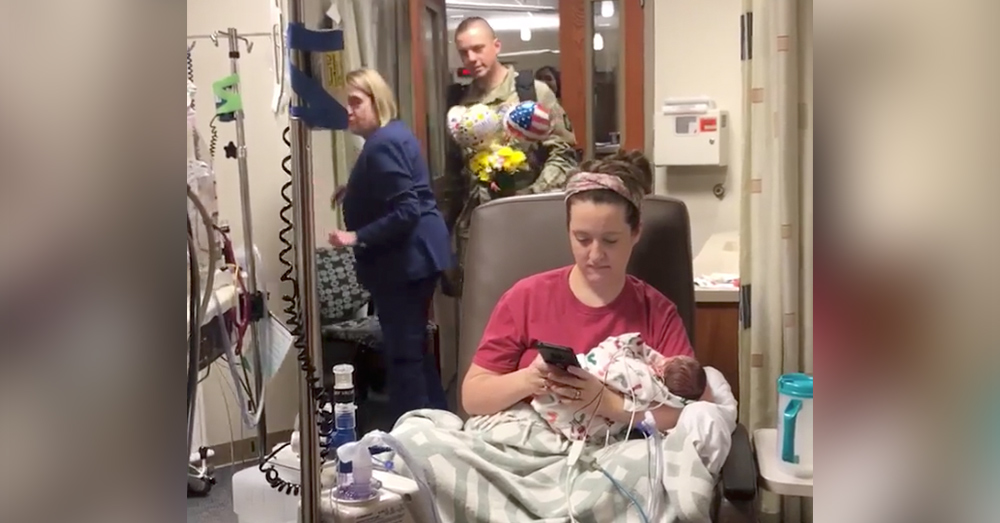 Source: Facebook/Cydney Cooper
Cydney Cooper holds one of her twin babies as her husband, Skyler, approaches the door.

“I was in shock,” Cooper told “Good Morning America.” “I felt like I had to almost take a breath again. I had been bouncing around so much between our boys and the girls, I was also relieved.” 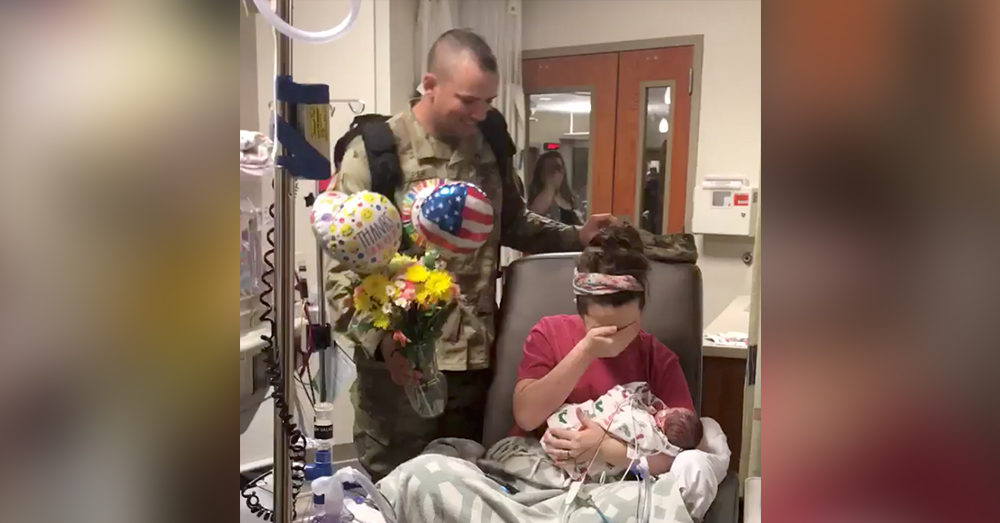 Source: Facebook/Cydney Cooper
Cooper was in shock to see her husband return after 7 months overseas.

With two other sons to take care of, Leighton, 3 and Corbett, 1, Cydney’s had a lot on her plate. Now with twins, the Coopers won’t have much time to themselves in the near future.

But this moment, they will never forget. 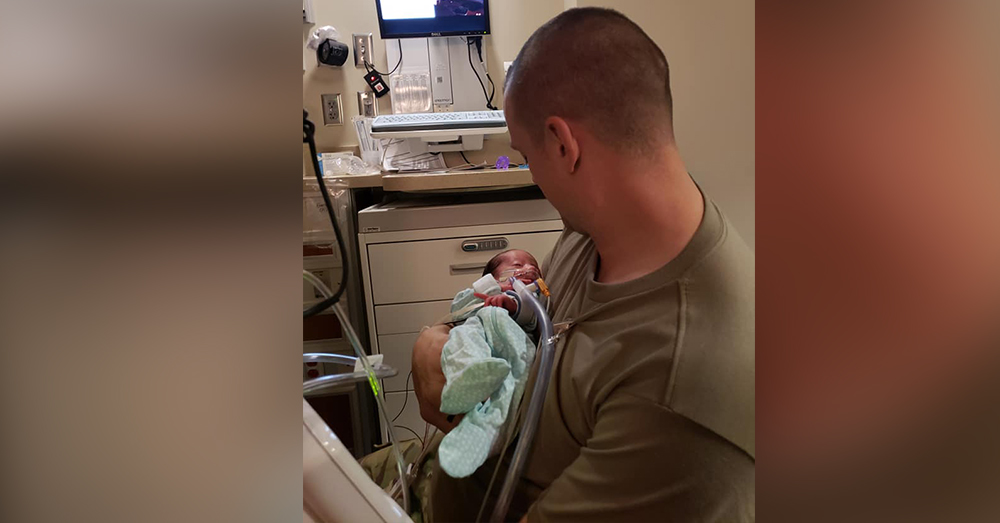 Source: Facebook/Cydney Cooper
The Coopers already have two boys at home. The twins will make life even busier!

And, neither will the rest of the world, it seems. The video of Cydney’s emotional reaction has been seen nearly 8 million times.

“It was an incredible moment to see him meet his daughters for the first time,” Cooper said. “We just want to get them home now.” 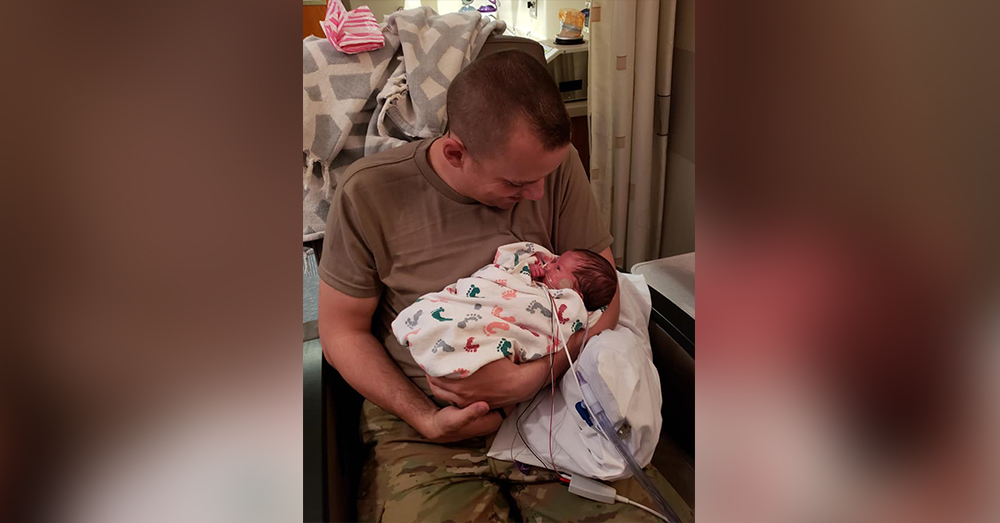 Watch this heartwarming homecoming in the video below.

Was This Really The Sailor Who Was Caught Kissing On V-J Day In Times Square?: Click “Next” below!