The surprise visit to Asad Air Base, in Western Iraq, is the president’s first such trip since he took office in 2016, NPR reports, just a dew days after the president ordered a full withdrawal of troops from Syria, allegedly prompting the resignation of Secretary of Defense James Mattis and Brett McGurk, the U.S. envoy to the coalition fighting the Islamic State.

Before addressing the troops and meeting with commanders, the president and first lady posed for pictures with service members. As many as 5,200 troops are stationed at Al Asad, which served as an Iraqi air base until the U.S. invasion in 2003, when it was reestablished as a base of operations for U.S. Marine Corps and coalition operations in Anbar Province. 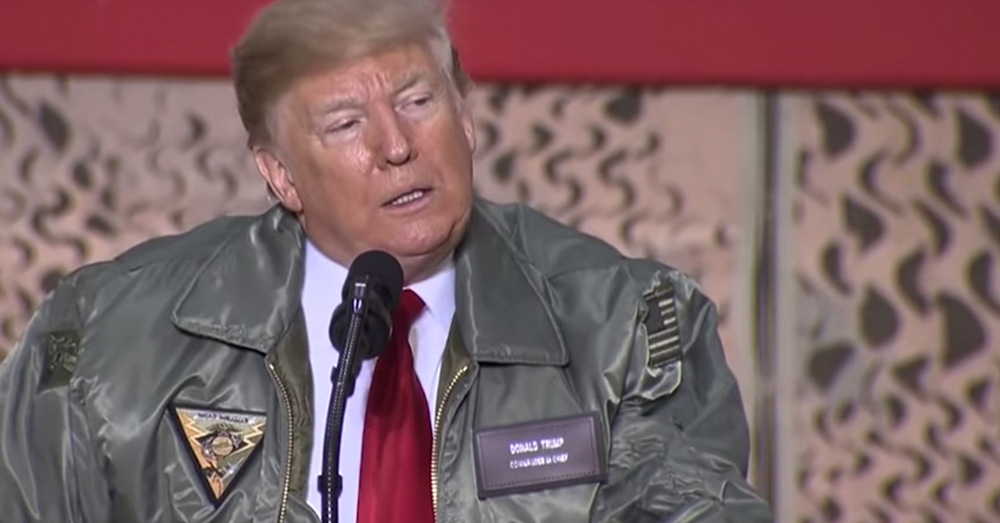 Source: YouTube/CBS This Morning
President Trump made a visit to troops overseas the day after Christmas.

Trump has stated on multiple occasions that he opposed the war in Iraq, though he has also been one of the most outspoken supporters of military personnel

“We have defeated ISIS in Syria, my only reason for being there during the Trump Presidency,” Trump Tweeted in Dec. 19.

The radical Islamic caliphate that ISIS is descendant from has yet to be completely defeated, according to a number of officials in and outside of Capital Hill.

“We’ve made the caliphate in Syria go away,” Secretary of State Mike Pompeo said after Trump’s ordered withdraw. 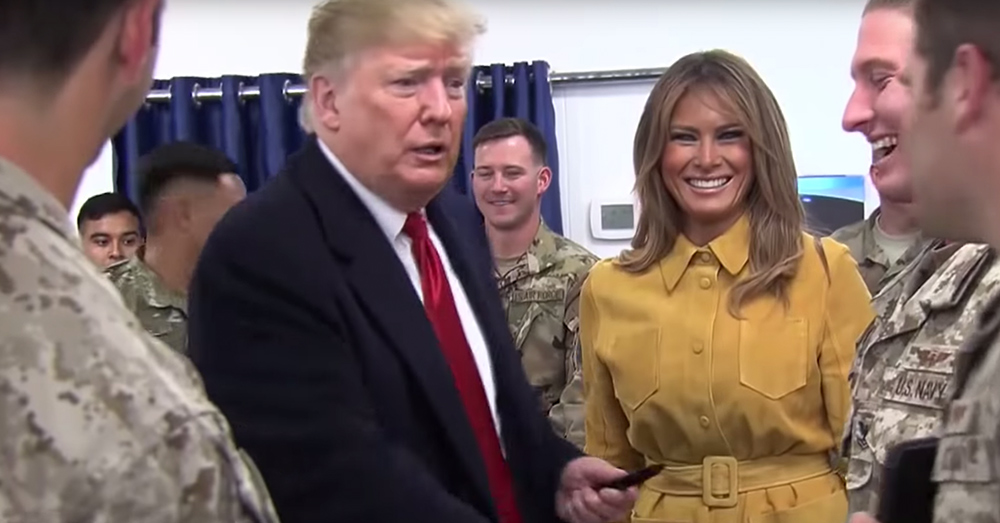 “Even as the end of the physical caliphate is clearly now coming into sight, the end of ISIS will be a much more long-term initiative,” McGurk said Dec. 11.

Still, Trump is claiming victory, and responding to those who maintain the exodus is premature.

“If anybody but your favorite President, Donald J. Trump, announced that, after decimating ISIS in Syria, we were going to bring our troops back home (happy & healthy), that person would be the most popular hero in America,” Trump tweeted. “With me, hit hard instead by the Fake News Media. Crazy!” 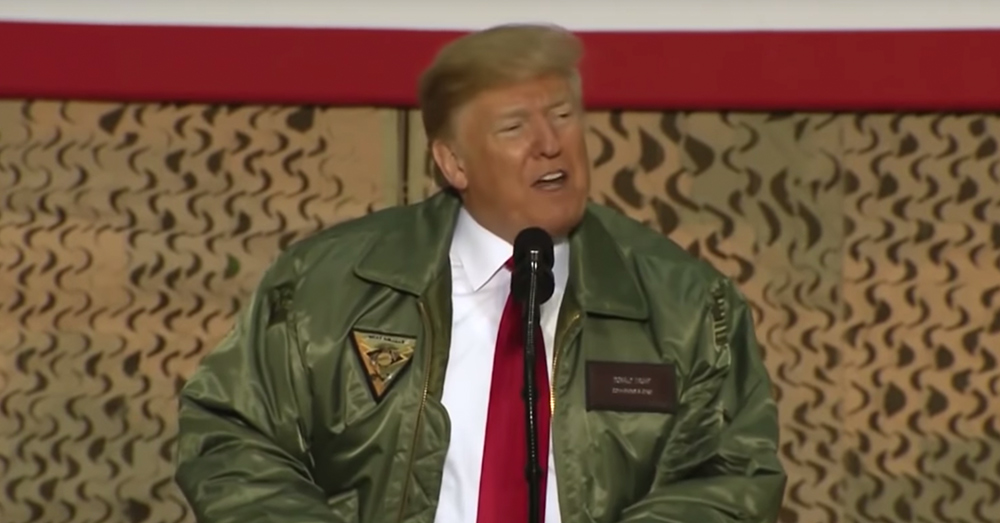 Source: YouTube/CBS This Morning
This marks the first time since 2016 that Trump has visited the troops overseas.

A memo from the Department of Defense Inspector General indicates that the political environment in Iraq in Syria is yet very complicated. ISIS is still directing insurgencies, at various levels of strength, in both countries.

“According to the Department of Defense (DoD), ISIS has lost control of all the territory it once controlled in Iraq, and remains in control only of an estimated 1 percent of territory it once held in Syria. However, both the DoD and a United Nations (UN) Security Council monitoring committee report stated that an effective clandestine ISIS organization appears to be taking hold in both countries,” the memo states. 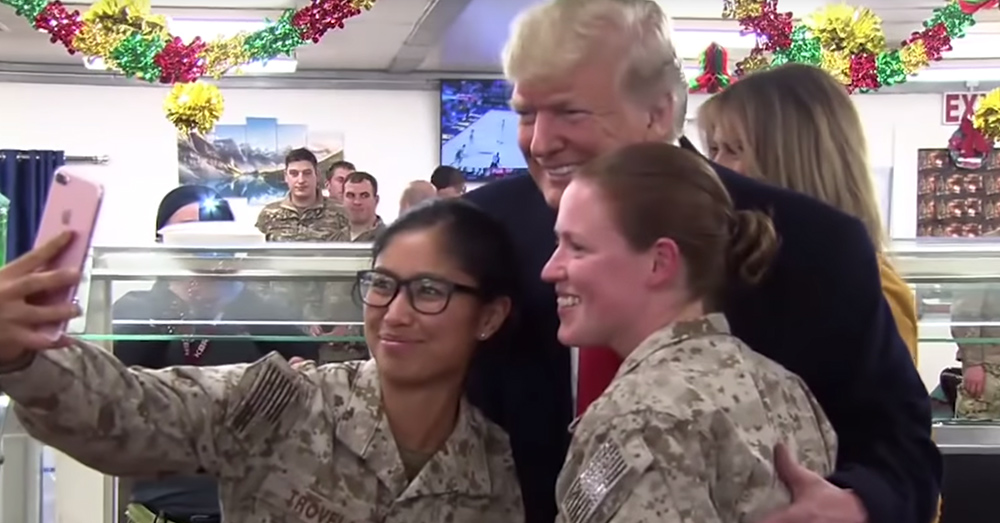 Source: YouTube/CBS This Morning
Trump left the White House at around midnight for the flight to Asad Air Base in Western Iraq.

“The DoD reported to the DoD Office of Inspector General (OIG) that ISIS’s retention of desert terrain along the Iraq-Syria border bolsters its ability to operate underground in Syria and to plan and carry out attacks against both U.S.-backed Syrian Democratic Forces (SDF) in the northeast and against pro-Syrian regime forces elsewhere,” the memo continues. “Moreover, the UN committee report and the DoD stated that at least some of ISIS’s bureaucratic structures remained intact, and ISIS continued to derive revenue from multiple sources, including drug trafficking, extortion, and cash reserves.

“The report also said that a lower than expected outflow of foreign ISIS fighters suggested that many of them were hiding in sympathetic local communities in Iraq and Syria.”

Defense Secretary Mattis Resigns After Trump Pulls Troops From Syria: Click “Next” below!