Also included in the budget is $66 billion set aside for upgrades to the nation’s missile defense system and overseas operations.

The size of the military is also set to increase, with the NDAA calling for Active Duty, Reservists, and National Guard members for each branch.

“This legislation represents a momentous step toward rebuilding our military and securing the future for our children,” President Trump said in his opening remarks. “I applaud the work of the members of both parties who came together to pass the National Defense Authorization Act, which passed with overwhelming bipartisan support — something that sounds very nice to my ears.” 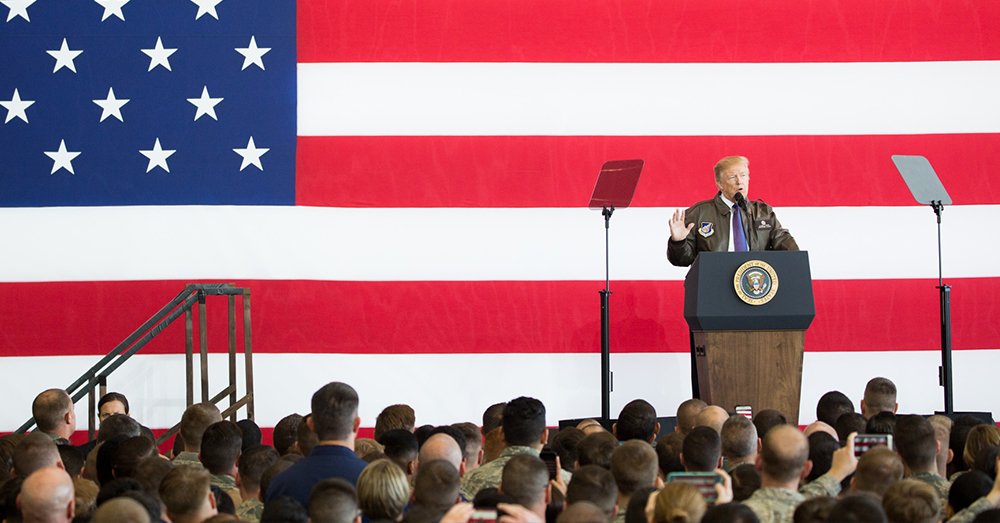 “This historic legislation demonstrates our unwavering commitment to our men and women in uniform — the greatest fighting force in the history of the world,” President Trump said before signing the NDAA.

On hand for the signing at the White House were members of the Armed Forces, as well as Vice President Mike Pence and Secretary of Defense James Mattis. 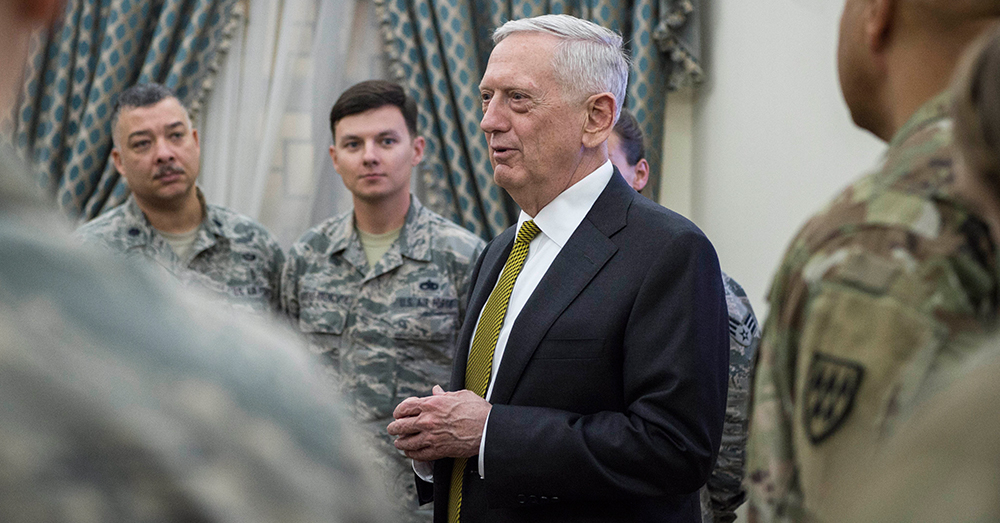 Upgrading the military’s defense capabilities, adding to its resources and size, and increasing pay levels for service members comes at a time when tensions are high between America and North Korea and the war on terror continues in the Middle East and other parts of the world.

The ultimate fate of the NDAA and the troops’ pay raise will be decided by Congress as they attempt to pass the 2018 fiscal appropriations measure. That ultimate budget — which is being contested by Republicans and Democrats in Congress — has a deadline of December 22. Currently the cap on baseline defense spending (not including overseas operations) is $549 billion, $86 billion short of what the new NDAA calls for. However, the House and Senate passed the NDAA with overwhelmingly bipartisan support in November.

“We need our military,” said President Trump. “It’s got to be perfecto.”

Watch President Donald Trump’s remarks before signing the National Defense Authorization Act in the video below.