When A Would-Be Thief Tries To Ruin Christmas, This Is How Trained Marines React

This story is just another proof that your typical petty criminal is not very often guided by anything that might be recognized as intelligence. This particular shoplifter in this story is a fine example of the dim bulb qualities of those that do these kinds of things, especially at Christmas time.

When this 25-year-old shoplifter entered the Walmart in Plano, Texas, intent on getting something for free, he must have passed the big truck with the Marine Corps Toys for Tots signs and the Marines, dressed in their dress blues. A thoughtful person might wonder if he ever took that into consideration when he hatched his brilliant plan to grab some stuff and run.

According to Task and Purpose, this poor, clueless soul came charging out of the Walmart with $91 worth of random electronic equipment under his arms and ran right past the Marines collecting toys for Christmas. 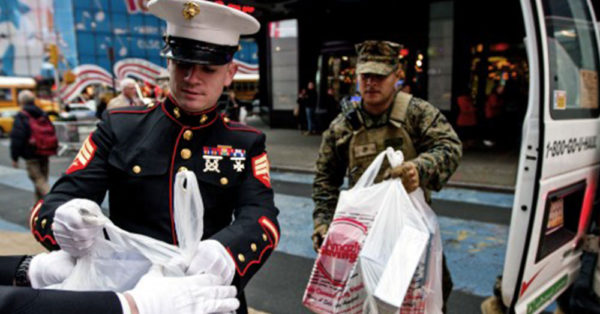 Gunnery Sgt. and Marine veteran, Nathan Hanson, who had served on active duty from 1996 to 2010, heard the commotion and thought that this guy was running because he had taken something from the Toys for Tots volunteers. He wasn’t having any of that. Nor was his fellow Marine veteran, Alisia Dunning.

Hanson took off after the fleeing felon. It must have been a sight to see too, both for the felon, and for everybody else who watched the chase unfold.

Hanson was in his dress blues, which are meant to impress at formal occasions, not for “combat” action, but he was not deterred. Still, those shiny dress shoes with their smooth soles are not made for speed. In the course of the chase, Hanson slipped and fell, tearing his uniform and losing his cover. But he was up in a flash and shouted at the felon, “You’re not getting away. I’m going to catch you!” 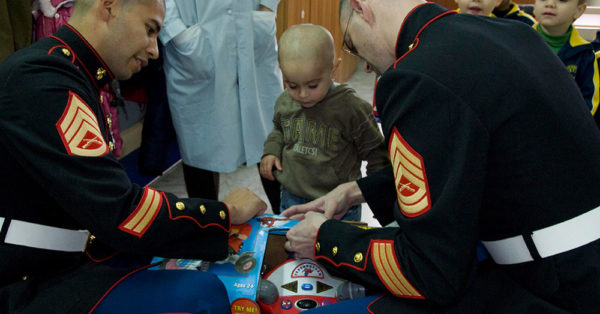 When this ne’r-do-well, thief-on-the-run looked back, we can only imagine what ran through the thin mush of his mind as he saw not just one Marine in hot pursuit behind him, but two. Sirens from the approaching Plano Police Department squad cars could be heard by this time too.

It was all too much for this fool. He stopped running, sat down and could be heard saying, “I give up, I’m sorry.”

According Task and Purpose, Hanson told the local NBC News station, “He got down, and I just waited there until the Plano Police Department came over.”

This shoplifter’s Christmas will be spent in the local jail, because of his poor choices and because of two Marines who were not going to let him just get away with this foolishness. 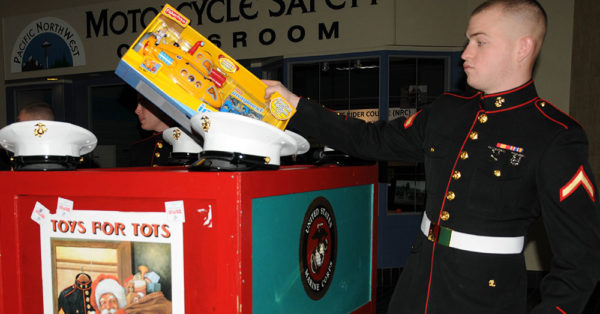 “Once a Marine, always a Marine,” Dunning said. “It’s our duty to take care of those in need. Even though Walmart is not necessarily a person, no one deserves to be stolen from.”

Apparently, others who heard of this little story started a Facebook fundraiser, to raise money to help Gunny Hanson repair or replace his torn uniform. In typical Marine fashion, Hanson told Task and Purpose, “the extra funds would be donated back to Toys for Tots.” 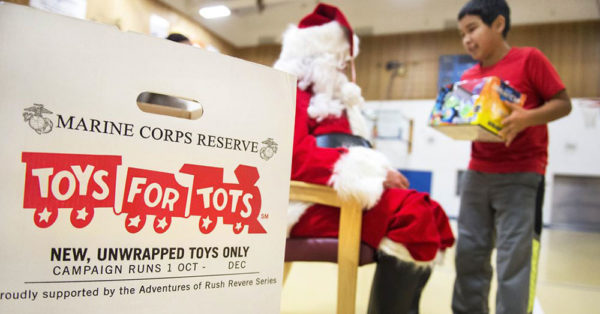 The Toys for Tots program is a well-known and respected Christmas tradition. The Marines who help out do it because they know how important having a gift under the tree can be for kids whose parents may not have the means to provide such things. It is just another kind of “service” that Marines are proud of doing for their communities. 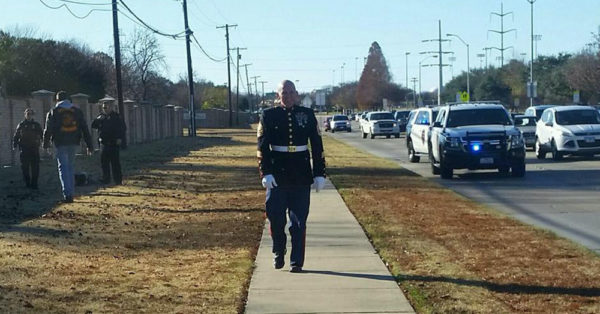 It is true. Marines serve a code of conduct as well as the country. That code is ingrained in them. It is as much a part of who they are as is their honorable and courageous history. They, like all who those who serve in the various branches of our military, know that they are called to serve something greater than themselves.

Marine veterans, Nathan Hanson, and Alisia Dunning, showed how deeply that code has been ingrained in them.