Most people have heard the stories about the Navajo Code Talkers and their heroic contributions toward defeating the Japanese during the WWII island by island campaigns of the Marines and the Army, using their ancient language in radio communications that the Japanese could not break.

I have written about the Navajo Code Talkers for this site on more than one occasion. But what is not commonly known is that there were Code Talkers from other tribes as well.

This article is about Code Talkers who were from the Tlingit people of Alaska. 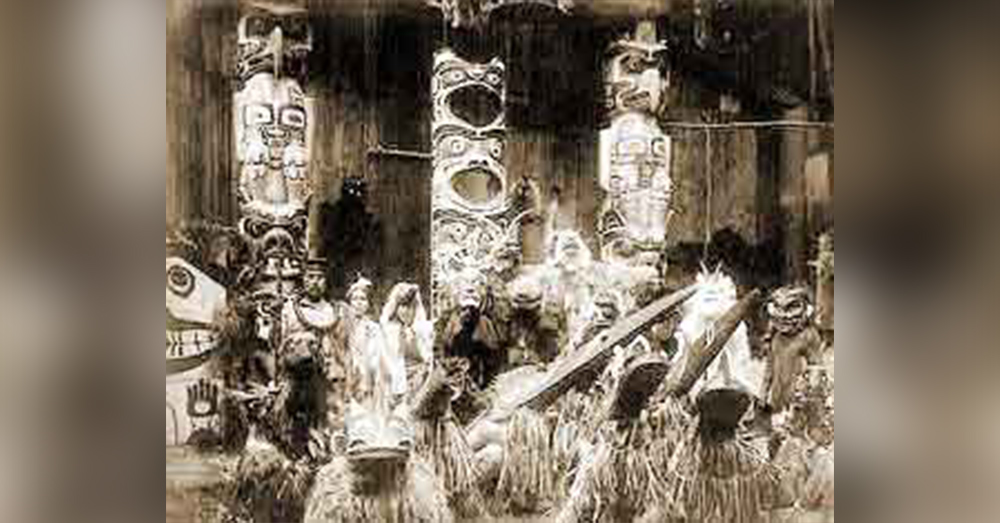 What must be known from the beginning is that, unlike the Navajo Code Talkers, these Tlingit men were ordered to keep what they did in the military during the war a secret. Ozzie Sheakley, an Army veteran and Tlingit leader said of those men, “Their orders were not to talk about it. They took their orders seriously.”

The fact is that they kept the secret so well that not even their closest family members ever knew about what they did during the war. Tlingit Army veteran, Richard Bean Jr. never gave any details of the work he did in the service, not even to his son who said of him, “He went to his grave a hero and nobody even knew about it.” 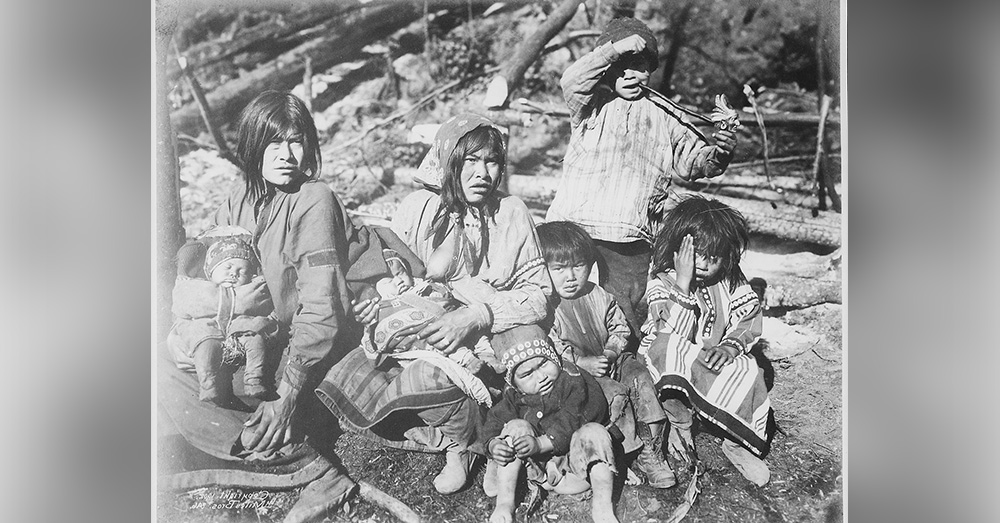 I don’t know about you, but when I see something like this, especially today, it says to me that there is something of an heroic character in a person who can make that kind of commitment and give that kind of fidelity to his Army service and the order he was given to keep it a secret. That kind of character deserves great honor and respect.

There was a reason that the Army wanted to keep the Tlingit men’s actual service duties secret. It is different from what one might think, given the reality of the treatment that Native Americans and Alaska Natives most often received from this country. It was a much simpler, a much more practical reason than that. The Army ordered the Tlingit Code Talkers to secrecy because they wanted the unbroken codes the Tlingit men had developed to be kept secret in case they would be needed again in the future.

It is only recently that the history of their work has been made known. 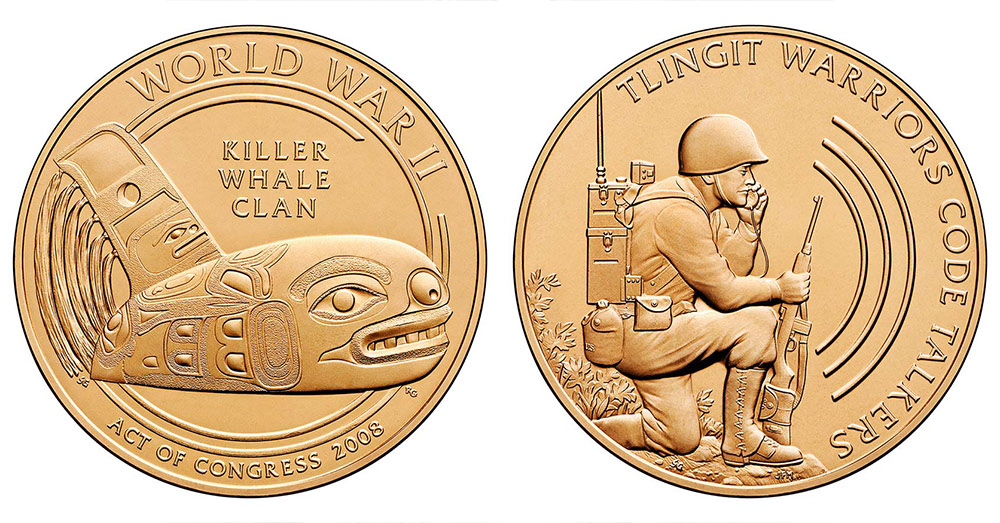 Source: Wikimedia Commons
A coin minted in remembrance of the Tlingit Code Talkers.

The State of Alaska is honoring the five Tlingit Code Talkers for the first time in upcoming events. Rosita Worl, President of the Sealaska Heritage Institute, which curates the history and culture of the Haida, Tlingit and other Alaska Native Peoples, said of this recognition, “We’re finally ecstatic that there is this recognition that our people served this country, even served this country that wasn’t always good to them.” 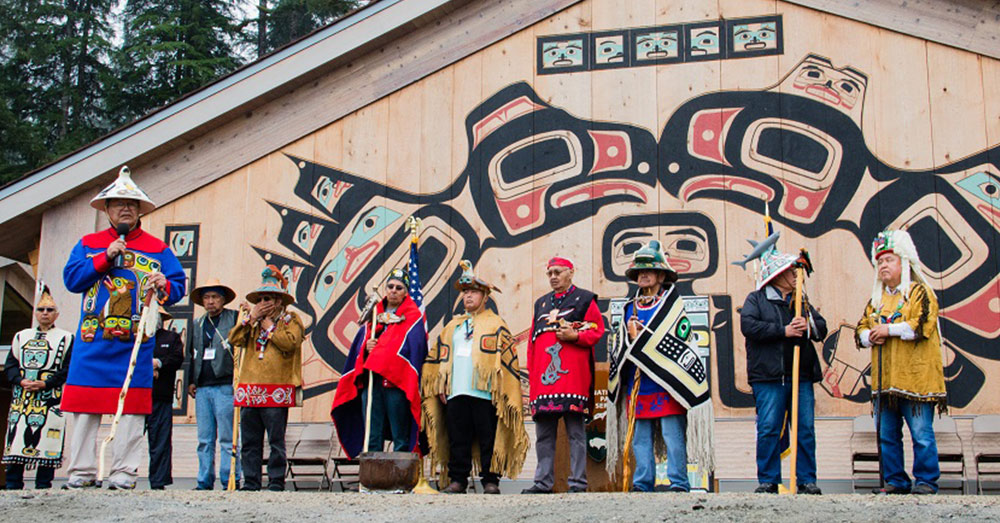 The five Tlingit Code Talkers who will be honored by the State of Alaska are: Army veterans Richard Bean Jr., of Hoonah, AK; Robert “Jeff” David Sr. of Haines, AK; George Lewis; and two brothers from Sitka, AK, Mark Jacobs Jr., and Harvey Jacobs, both who served in the Navy.

The Veterans Site honors these five Tlingit warriors for their contributions toward the final victory over Japan in WWII. We give them our deepest thanks and respect for their heroic character in service to the military while in service and for the rest of their lives. They are role models for true character for all of us.

Names Are Still Being Added To This Vietnam Memorial, Decades After The War: Click “Next” below! 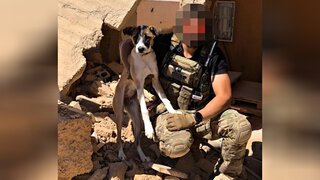 Soldiers Refuse To Leave Stray Dog Behind In Syria, But Need Funds To Bring Her Home