Quick thinking from the pilot of a malfunctioning Thunderbirds jet resulted in a safe crash landing at the Air Force graduation ceremony on June 2, 2016.

Moments after the Thunderbirds made their pass over the ceremony, where President Obama was in attendance, Major Alex Turner ejected from his $36 million F-16, which crashed in an open field near Peterson Air Force Base south of Colorado Springs.

Turner was making his final approach to Colorado Springs Airport when the issue arose.

“The indication…that we received there radio-wise is that he did have an issue with the aircraft, and that he was getting out of the aircraft,” Thunderbirds spokesperson Christopher Hammond said. “After he ejected from the aircraft, we did confirm from one of our aircrafts that we kept airborne that he was OK on the ground, in terms of being able to walk around on his own accord. He also met with some bystanders, and then as far as when he arrived at Peterson Air Force Base I was able to see him in person and…I had no cause for concern.” 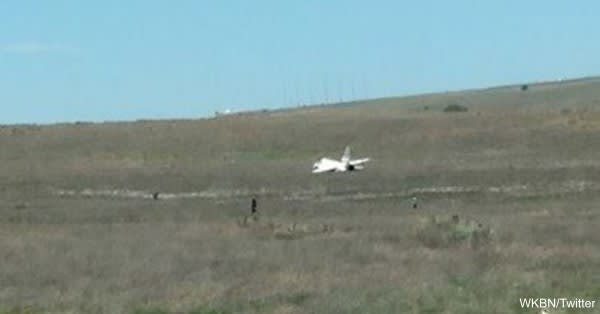 With its landing extended, the unpiloted jet touched down and skidded to a stop away from any residential areas.

“I think it is a testament to the exceptional pilotism of our Air Force Thunderbird pilot,” said Jeff Bohn, a spokesperson for Peterson AFB.

After an Army helicopter retrieved Turner and brought him back to Peterson AFB, President Obama quickly met with the Major to shake his hand, thank him for his service, and make sure he was OK before leaving on Air Force One. 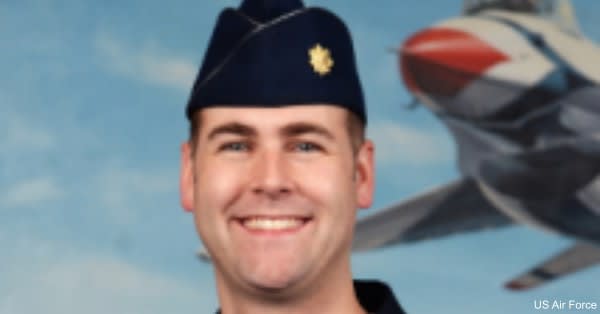 Turner earned his commission in 2005 and has logged over 1,200 flight hours as an Air Force pilot, according to the Thunderbirds, with more than 270 combat hours over Libya and Iraq. This is Turner’s first season with the team as pilot of Thunderbird 6. Following this incident, the Thunderbirds will be grounded for an undetermined amount of time.

While the flight crew examines Thunderbird 6, check out this inspirational story on Lt. Col. Nicole Malachowski. Her love of flying, her dedication to her goals, as well as her obvious skills have brought her to great heights as a Thunderbirds pilot.