Ellianna Villegas was turning five years old, and while she was celebrating her birthday with her mom, Vanessa, there was something — or rather someone — very important missing from the celebration. While the birthday girl was in San Antonio, Texas, her father was on the other side of the country in South Carolina.

David Villegas was missing his little girl’s special day because he was away for basic training at Fort Jackson after enlisting in the United States Army. And while he was going through the rigors and struggles of basic training to become a soldier, perhaps the biggest sacrifice he was making was the time lost with his family. After all, it’s moments like childhood birthdays that never come around again.

But since he couldn’t be there in person, David made sure to send his daughter a very special birthday gift — a stuffed teddy bear wearing Army fatigues. It was something that Ellianna could hold and hug whenever she missed her dad and would remind her of him whenever she held it or played with it. 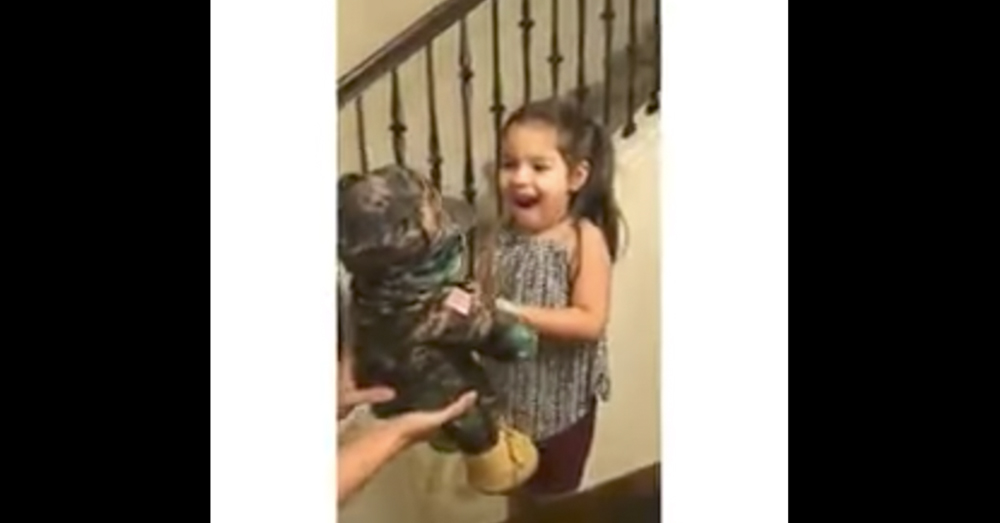 That wasn’t the only surprise the bear held, however. After the initial excitement of seeing the bear (and there was a lot of excitement!), Vanessa told Ellianna to press a button in the teddy bear’s paw.

That’s when the bear (in Villegas’ recorded voice) says, “Hey baby, daddy loves you and misses you so, so much and I can’t wait for you to be in my arms again. I love you very much!” 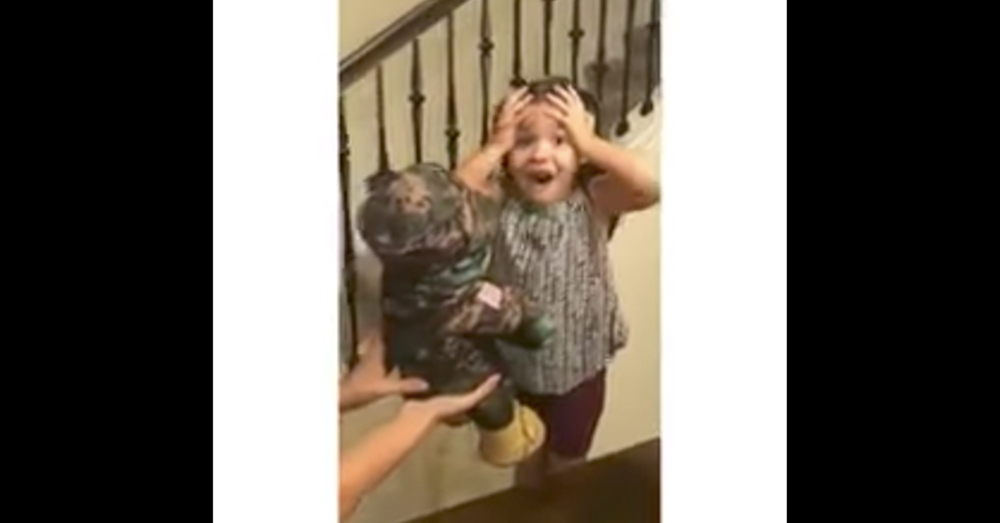 Ellianna’s reaction to hearing her dad’s voice come from the bear was nothing short of pure joy and happiness. Trying to hold back her excitement and emotions, the five-year-old shouted out “It’s daddy!” with a smile beaming on her face!

Military families sacrifice a lot, with loved ones away for training and deployments. Seeing this birthday surprise captured on video will bring a smile to anyone who sees it, and it is so wonderful to see such a happy moment despite the distance between father and daughter.

Watch this absolutely heartwarming moment in the video below!