A California high school teacher’s comments against the military, referring to service members as “the lowest of the low” were caught on camera by a student in the classroom, and the response has ranged from disbelief to outrage from veterans, Gold Star families, celebrities, and even the Pentagon.

The man behind the anti-military rant, 49-year-old Gregory Salcido, is a teacher at El Rancho High School in Pico River, California, where he is also a city councilman. Following comments he made to students in his classroom, which was recoded by one student on his phone, Salcido has been placed on administrative leave while the school district conducts an investigation.

He went on to say about those in the military, “Think about the people who you know who are over there. Your freaking stupid Uncle Louie or whatever. They’re dumb sh*ts. They’re not like high-level thinkers, they’re not academic people, they’re not intellectual people. They’re the lowest of our low.” 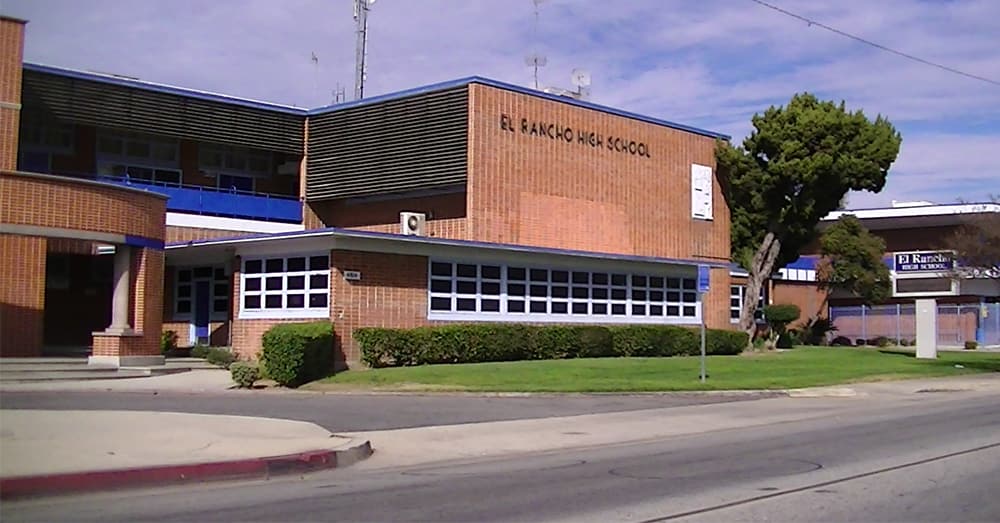 Salcido went on to disparage the troops fighting the War on Terror, questioned having military recruiters come to the school, and even made comments about the victims of the September 11, 2001 terrorist attack.

The school district has confirmed the incident took place and that an internal investigation is underway. The Pico River City Council issued a statement saying they “unequivocally disagree and condemn the recent comments made by Councilmember Salcido regarding those individuals who have served or are currently serving in our nation’s military.”

A spokesperson for the Pentagon, Amber Smith, called the remarks “very uninformed.”

Actor and strong military/veteran supporter Gary Sinise, who runs the Gary Sinise Foundation, weighed in on Twitter saying, “Such stupidity & ignorance of this so called teacher in CA. regarding the intelligence of men & women serving our country overseas. An outrageous insult to all who have served, including former presidents of the United States. Feeling sad for his students.” In a follow up tweet, Sinise added, “Feeling more outraged by this each moment. He can certainly have his opinion. R citizens R free 2 express that because that freedom is preserved by those he disparages, but his ignorance & his claims are baffling and wrong. And this guy teaches high school? Not right.”

Such stupidity & ignorance of this so called teacher in CA. regarding the intelligence of men & women serving our country overseas. An outrageous insult to all who have served, including former presidents of the United States. Feeling sad for his students. https://t.co/QNOgXTHWpx

The student, who wishes to remain anonymous, recorded his teacher’s comments during class on January 19. He said he never intended for the videos to go viral, but after showing them to his mother, she sent them to friends. One family friend, Kimberlie Flauto, originally posted the three profanity-laced videos on Facebook.

Many veterans and veteran supporters have taken to social media to challenge Salcido’s comments about service members and veterans, pointing out that veterans of the U.S. Armed Forces have been astronauts, presidents, CEOs, professors, and all other walks of life. Twitter user Linda Ates Hill‏ said in a tweet, “I’d like you to know that my late husband was a Yale graduate English major, he served in Special Forces, volunteered for Vietnam. Served proudly. Was reviled & spit upon by people like you. He was an award winning journalist until his death in 1984. Not ‘the lowest of low’.”

Gold Star mother Karen Vaughn, whose son, Aaron Vaughn, was a Navy SEAL and died in the line of duty in 2011, called out the California teacher to meet with her and have a discussion. She said on Twitter, “I’m respectfully requesting a meeting with you @ArlingtonNatl Section 60, Grave 9927. I will pay all of your expenses. You and I should begin a conversation for the sake of all that’s good. This is my son Aaron. KIA 6 AUG 2011. If not us, who? If not now, when?”

.@gregorysalcido I'm respectfully requesting a meeting with you @ArlingtonNatl Section 60, Grave 9927. I will pay all of your expenses. You and I should begin a conversation for the sake of all that's good. This is my son Aaron. KIA 6 AUG 2011. If not us, who? If not now, when? pic.twitter.com/xYWBrKxK2G

This is not the first time the teacher has been in the news, either. Gregory Salcido was placed on administrative leave in 2012 after police received a complaint that he hit a student. He was suspended before that in 2010 after a parent alleged Salcido threatened his daughter and made inappropriate comments about race.

Warning: The videos in the post below contain offensive language.