Here’s Why The Battle For Tarawa Was Hell On Earth

Seventy five years ago this coming November 20, 2018 the three day battle for the island of Tarawa began. Though it would only take 3 days to take the island, the cost of that victory was immense.

This video will give you a clear picture of how intense and important that battle was in the fight to defeat Japanese Imperialism in WWII.

This was the first full seaborne shore assault the Marines made in the Pacific. But, as with so much of war planning, to quote the poet Robert Burns, “All the best laid plans of mice and men oft gang agley (oft go awry).” 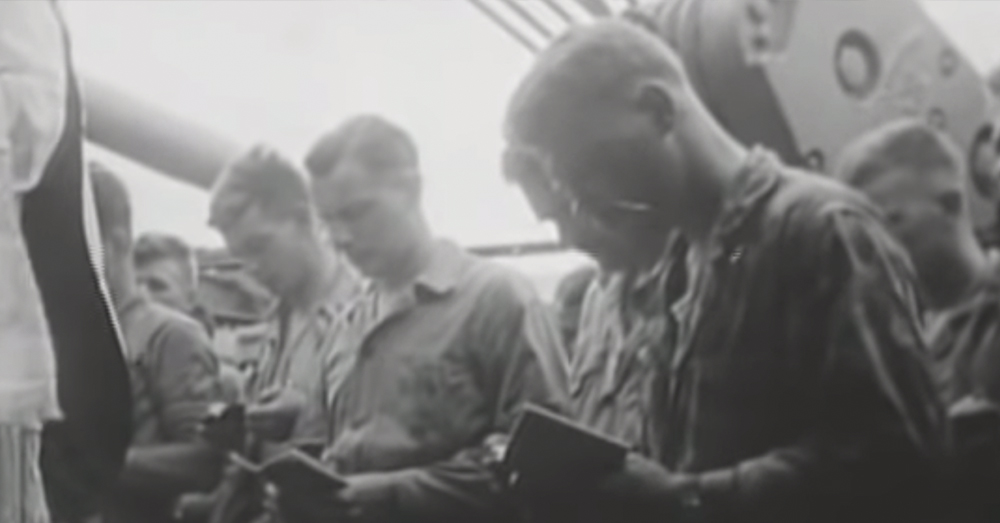 Source: YouTube/The Best Film Archives
The Battle of Tarawa was one of the bloodiest in history.

The Navy opened the battle with fierce artillery bombardments and with heavy arial bombings from Navy and Marine Corps fighter bombers. They pounded the shore with such intensity that one would think nothing could have survived the shere weight and force of all that explosive power.

When the Marines loaded on to their landing craft and headed toward shore, they were covered by the continuing rain of artillery from the Navy’s big guns. But what the planners had failed to take into consideration, or had not known about, were the coral reefs off shore. 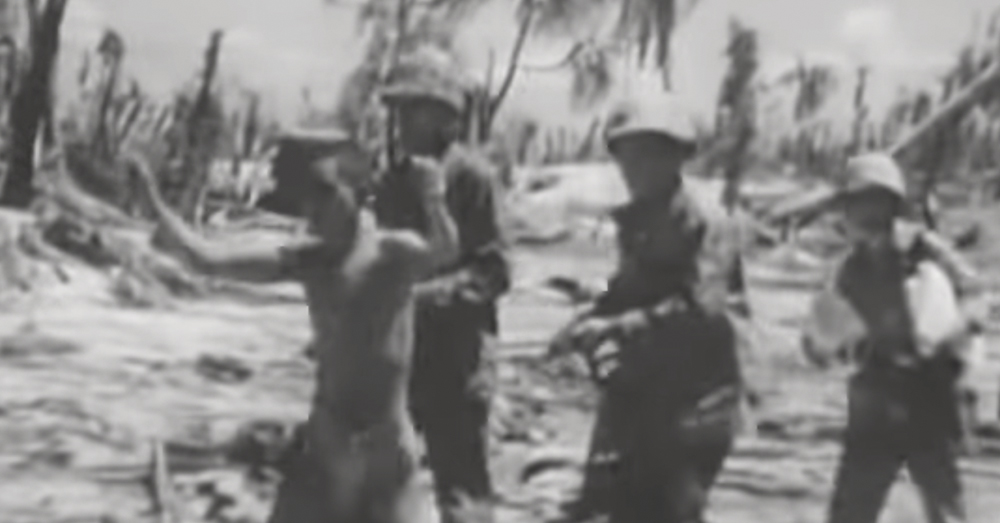 The Marines landing crafts were approaching the shoreline at low tide. Those coral reefs prevented them from getting into the lagoon and to the sandy beaches. The Marines had to wade ashore from those coral reefs under heavy and devastating machine gun fire from the dug in and determined Japanese defenders.

Many were lost before they could get ashore. But those Marines were relentless. 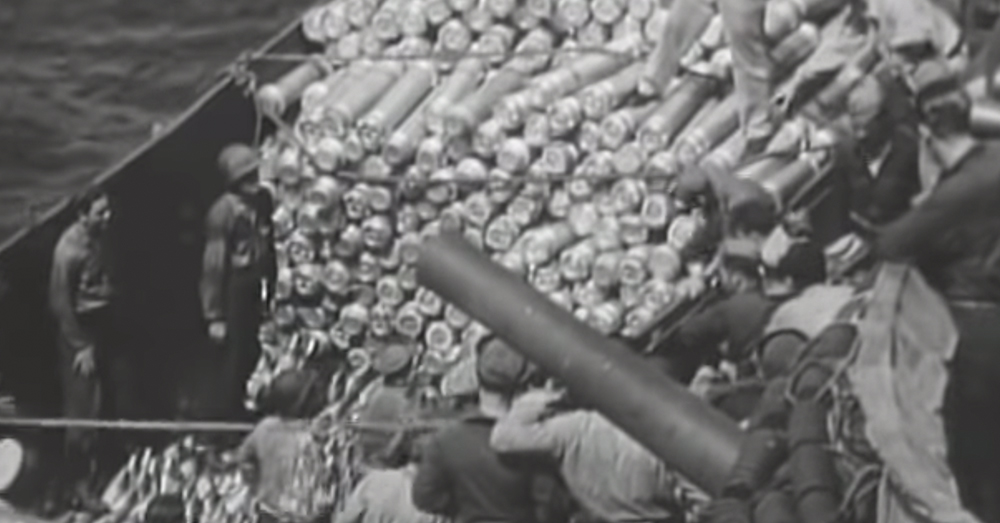 They pressed forward through that withering fire and made it to the beaches and began fighting for every inch of sand ahead of them. Later, reinforcements would be landed and the intense three day fight would become one of the bloodiest in the history of the Marine Corps to that time.

In three days they took that strategically important island away from the Japanese. And what they learned there would be used to their benefit later in the ongoing island by island campaign to drive the Japanese back to their homeland and to free the enslaved peoples on the many small islands in the Pacific from Japanese tyrrany. 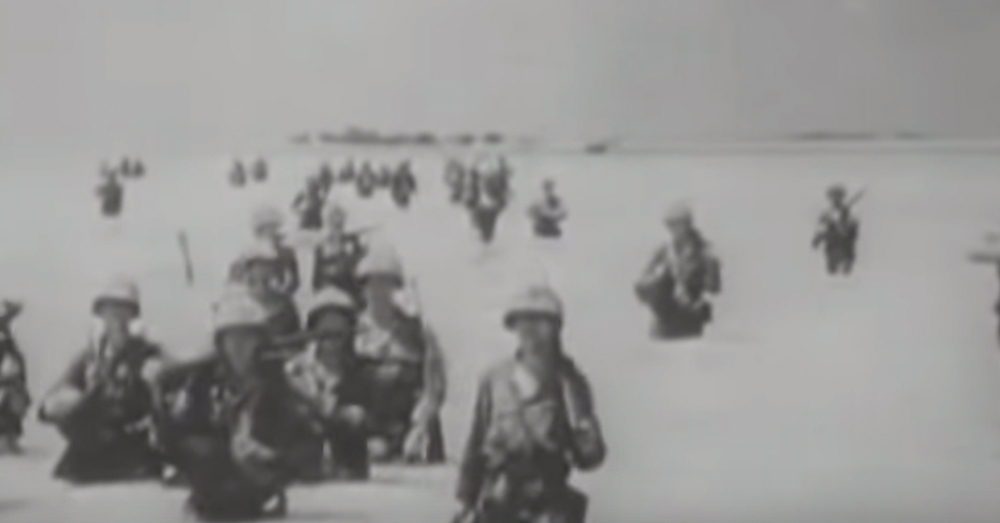 Tarawa would become one more hard fought victory in the many pages of glory written over the now 243 year history of the United States Marine Corps. 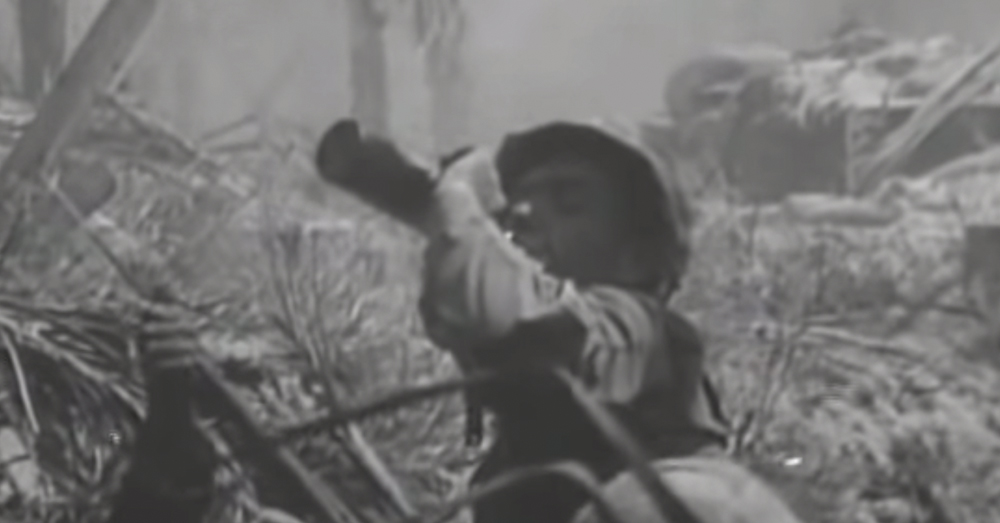 Source: YouTube/The Best Film Archives
A Marine takes a drink during the battle before going back into the fray. 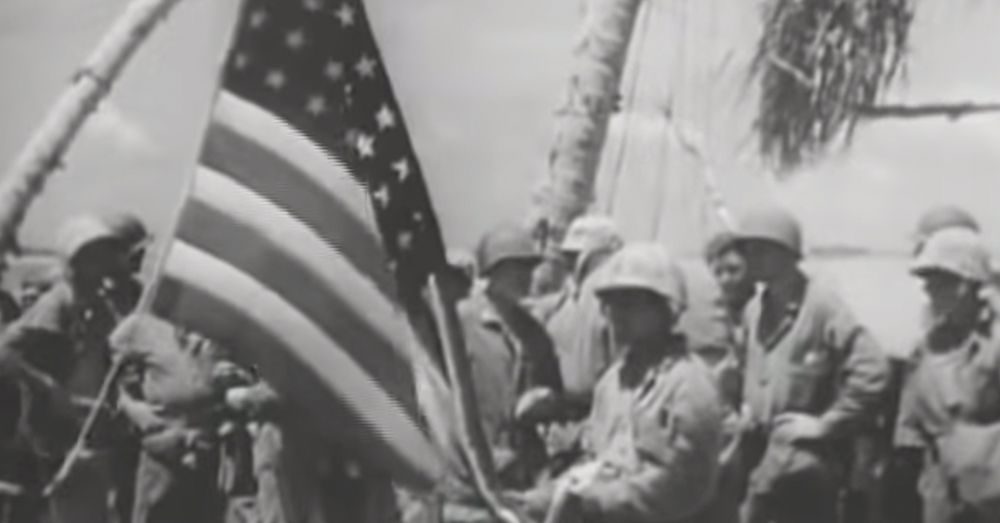 Source: YouTube/The Best Film Archives
The American flag was raised after Tarawa was taken by the U.S. military.

In the almost two and a half century history of the Corps, Marines have proven their valor and brought home the victory from places as far flung as “the halls of Montezuma to the shores of Tripoli,” to Belleau Wood to Tarawa and to Iwo Jima, to the Chosin Reservoir in Korea and to Hue and Khe Sanh in Vietnam, to the sands of Iraq and the mountains of Afghanistan.

Theirs is truly a proud and hard won history. They are The Few, The Proud, The Marines.

The Veterans Site honors the long history of the United States Marines and sends its respect to those who fought those three hard days on Tarawa and Betio Islands in the fall of 1943.

You are a prime example of the Marine Corps motto: “Semper Fidelis!”