It is really special.

Before the game started, the crowd that was there for the game was treated with one of the most august gatherings of heroes ever seen in public at a single event. Over half of the living Medal of Honor recipients were present and were honored with a stirring tribute on the ice.

This was possible because the annual convention of living MOH recipients was taking place in Tampa Bay at that time. The group represented MOH recipients from the War on Terror, Vietnam, Korea and even one those present received the MOH in WWII. He was given the duty of dropping the first puck at the ceremonial face off before the game got under way. 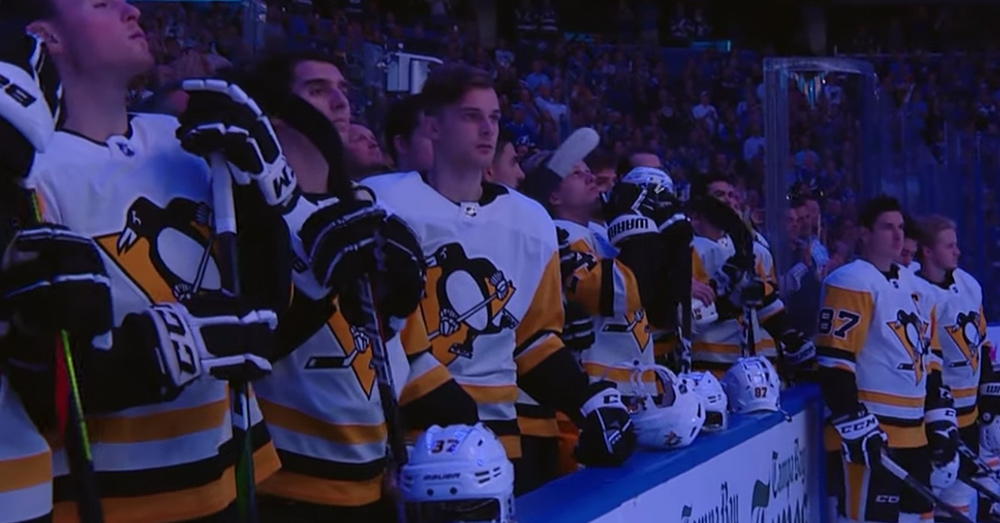 It is a rare honor, indeed, to see a single MOH recipient, but to be present at an event where over half of the living recipients are present is a truly special event. 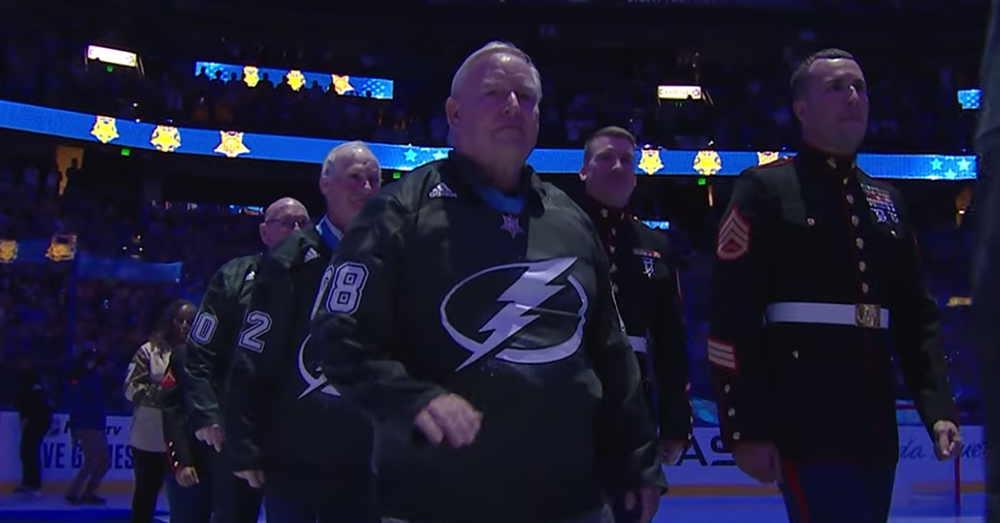 Over the years that I have been writing about individual MOH recipients, I have found that those who have received this recognition for bravery beyond the call of duty are some of the most humble people you can find. To a man they say that they wear this honor for all of the men in their units, that those men were there with them through it all. Not one of them sees himself as a hero. They always say that they were only doing what needed to be done. But those who were there with them know only too well how the actions that these MOH recipients took, under fire, in some of the most horrendous, even desperate situations in battle, saved all of them. 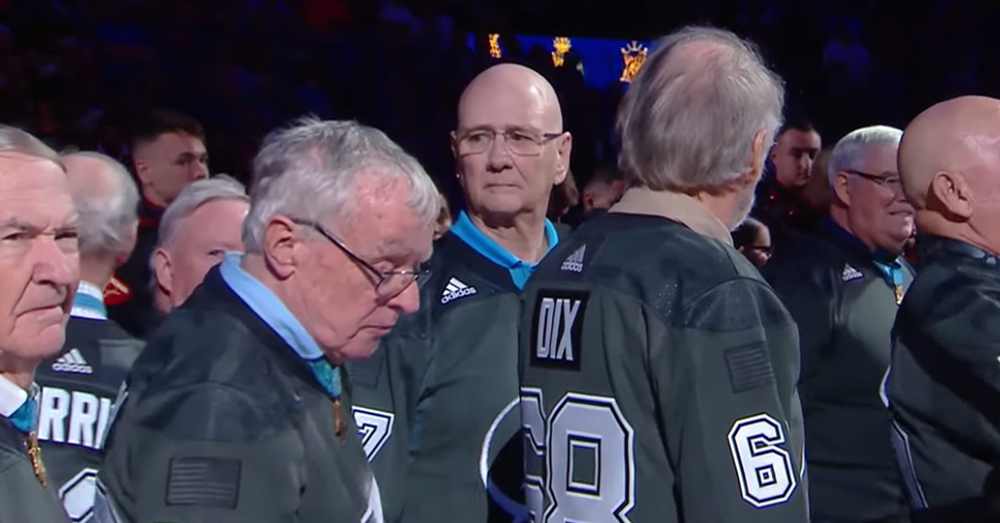 Each of them have, in the midst of the terrible specter of war, showed us the better angels that we are all called to emulate as citizens of this country. They each modeled and lived out the highest ideal of our humanity. In the most profound moments of life and death struggles on the fields of battle from WWII to the present, each of these men placed themselves willingly in harm’s way for the good of their brothers and sisters. 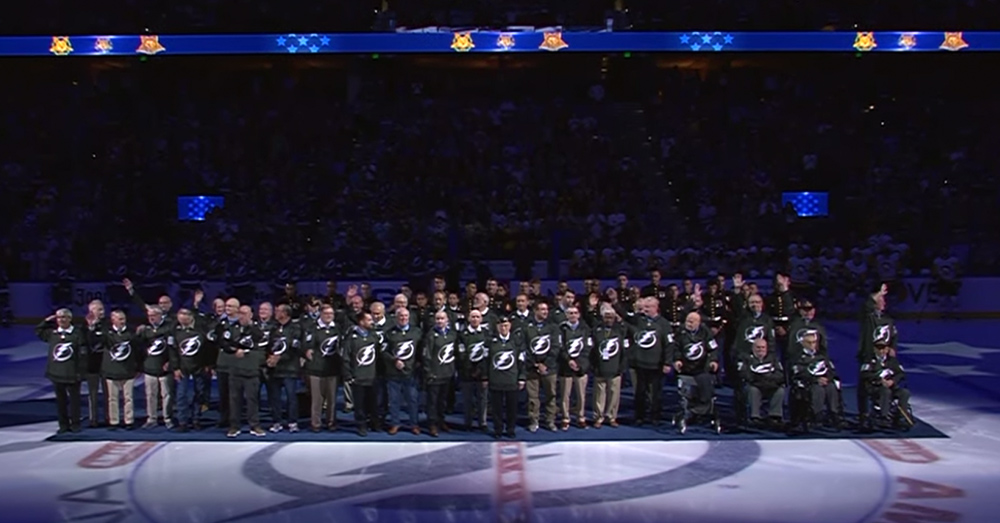 The Veterans Site shares this video with you to let you look upon these men who represent the truest source of our country’s greatness. Every one of these common men in this video come from us, “We The People.” They are from our cities, our towns, our neighborhoods and our families.

They show us what we all are called to be as true citizens of this great country. 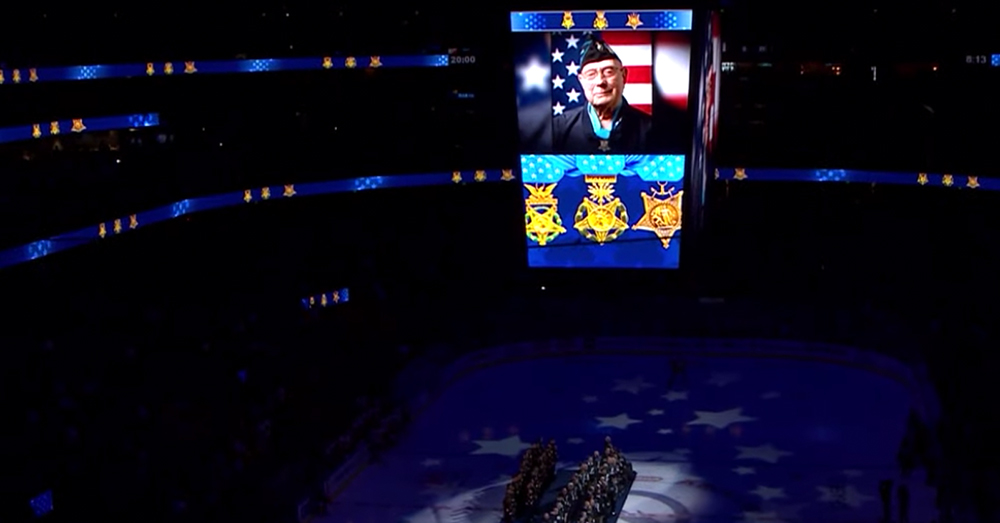 Enjoy this video and remember that each of these men the greatest love willingly laid their very lives on the line for the good of others. There is no greater love.