You Don’t Often Hear About Submarine Cuisine, But Here’s Why It’s So Important

This TV crew got the opportunity to visit what looks like a Los Angeles Class submarine, and see what life was like on board one of these unique U.S. Navy boats. I went aboard one of these once and it is amazing how the architects of these submarines have maximized the minimal amount of space available, especially the galley spaces on these immensely complicated boats.

Yes, they’re called “boats,” not ships, but that is only the beginning of the differences between the surface Navy and the submarine service.

Submariners are a different breed altogether. 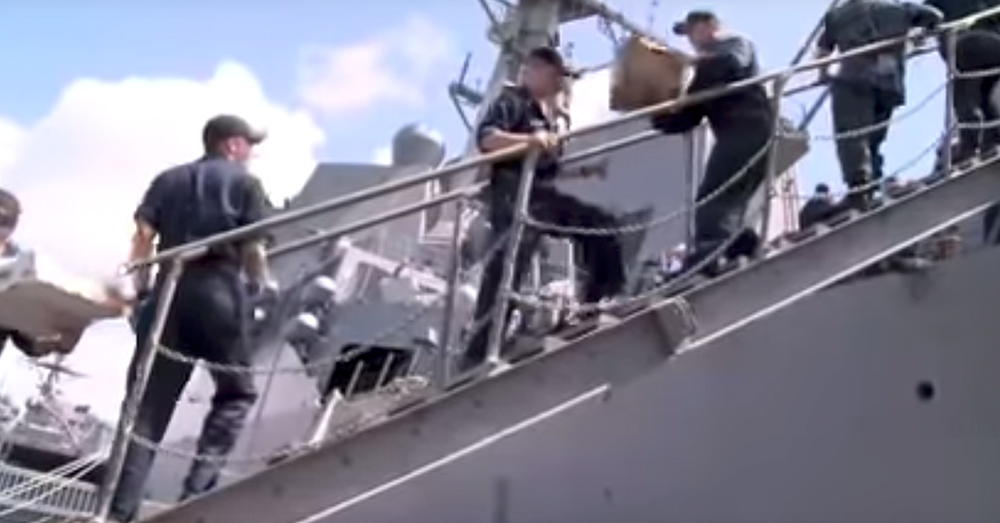 This particular video visit spends most of the time talking to the men who keep the 150-person crew fed. Most of us who have never, or will never go aboard a nuclear submarine, don’t often think, if at all, about this element of a submarine’s daily routine. Oh, we know they’ve got to eat, but we don’t really know how important this part of their daily lives is, especially when they are on patrol and submerged for months at a time. 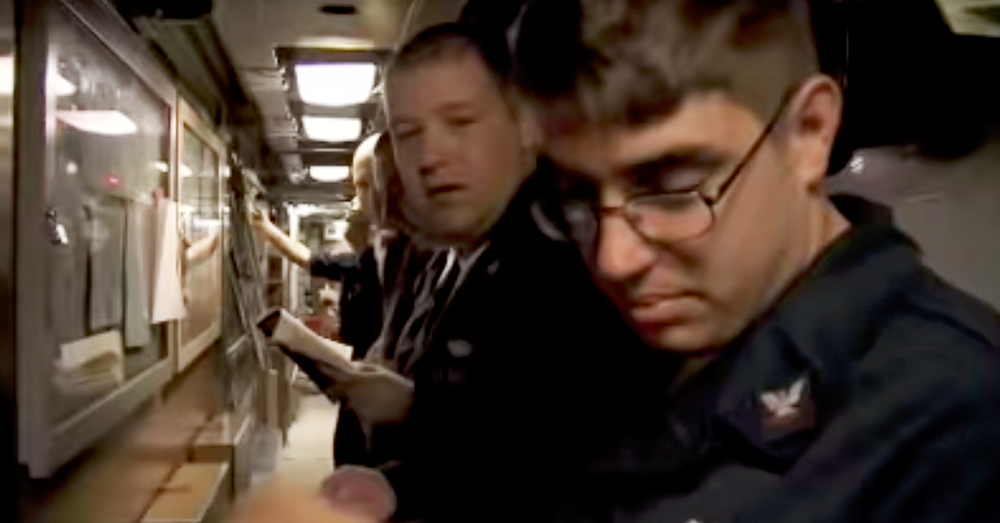 Source: YouTube/Fox61com
Quarters on a sub are often cramped.

Each of the crew members on a submarine, as on any U.S. Navy ship, has his or her own specialties that are critically necessary to maintenance and operation of the boat, from the Commanding Officer to those who maintain the weapons systems, to those who operate and maintain the nuclear power plant that drives the boat and everything in it. But, one of the most important ratings on these boats are the culinary experts, the cooks. 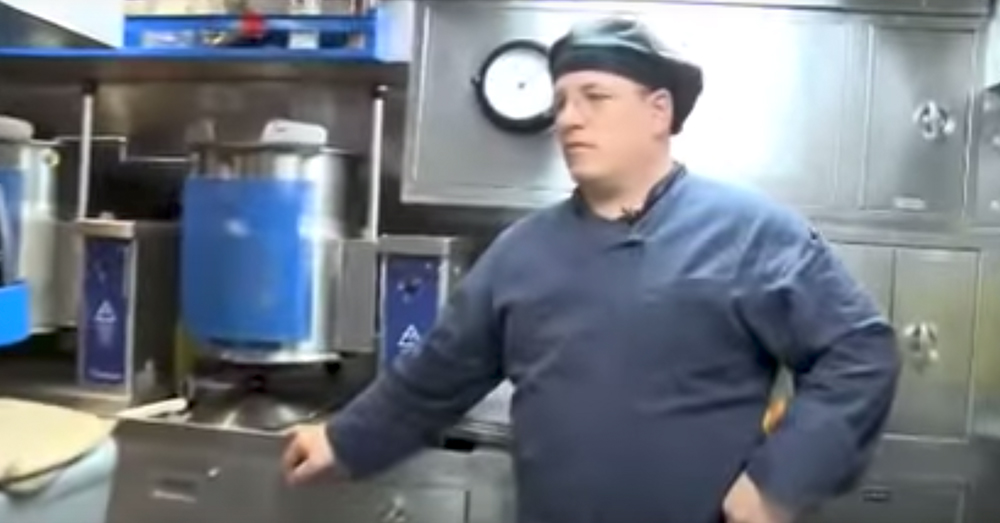 Source: YouTube/Fox61com
The cook has an important job, and little space to do it in.

When you live under the sea for months at a time, food becomes not only a necessary part of the health of the crew, but it becomes a profoundly important psychological factor in their well-being too. The cooks on submarines are the elite in the Navy. They have to be able not only to prepare, cook, and bake all of the different types of foods for the various meals, of which there are four in a 24-hour cycle, but they have to do it in the smallest spaces imaginable. 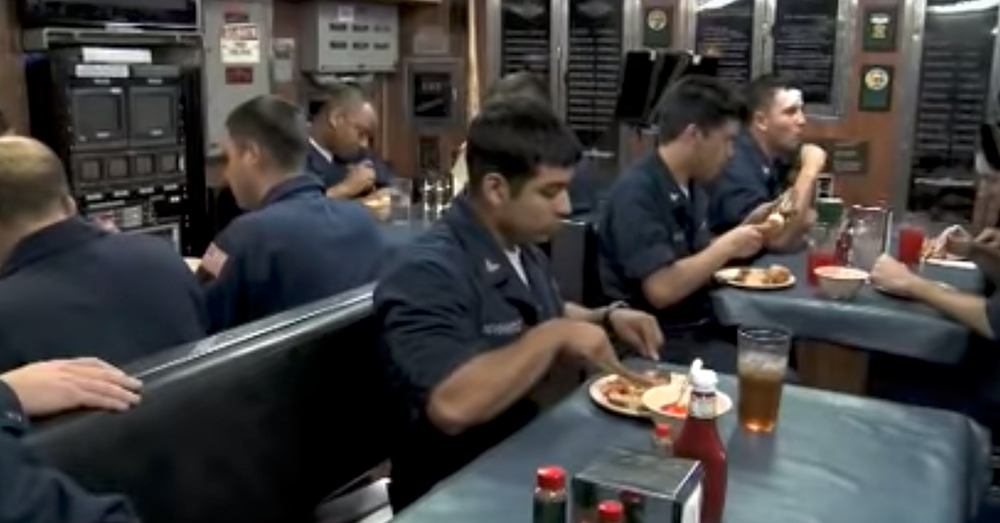 The video is fun too. The TV crew interviews the cooks and the crew, and you will get a sense of the kind of individuals become submariners. They all seem to have a sly sense of humor about their work and about the food and the routine of work, meals, and sleep.

These submariner “chefs” work miracles in the confined spaces of a nuclear submarine. They know that what they do, and how well they do it, has a lot to do with the morale of the crew. They are the some of the hardest working, and ultimately important members of the crew. What they do makes a huge difference in the physical and psychological well-being of the entire crew over the course of a long undersea deployment. 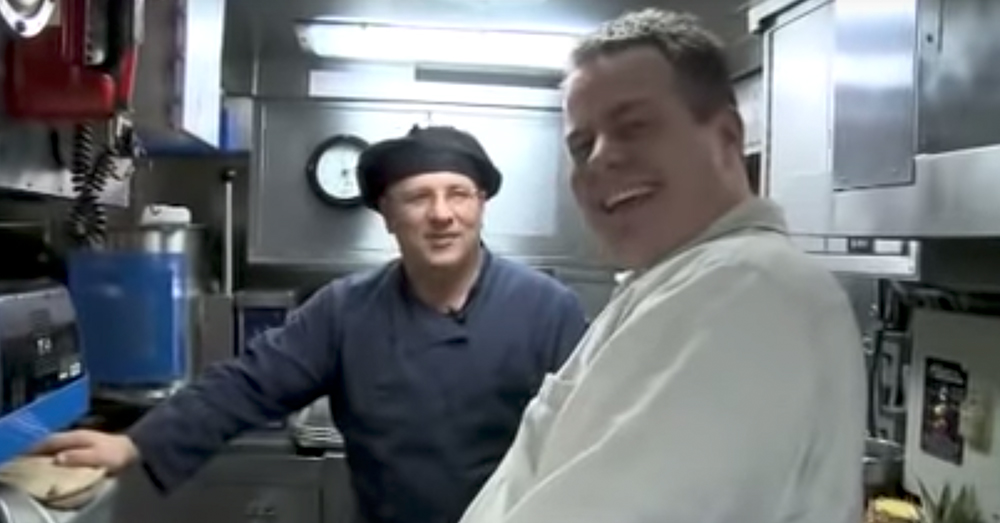 Source: YouTube/Fox61com
Without cooks, the Navy would be sunk!

Most of us find it hard to imagine what life aboard a nuclear submarine on patrol for months at a time would be like, but you will get a sense of the reality of it here in this short video. I think that you will find a deep respect for these submariners, just as I did.

Just sit back and enjoy this entertaining look into the life and cuisine of our U.S. Navy submariners.