When Samuel Schwartz, 94, passed away on April 2 he left no family in the area to bury him. However, his close friend, James Linton, didn’t want to see Schwartz forgotten. Since Schwartz was a World War II veteran of the United States Marine Coprs, Linton reached out to the local news in Grand Rapids, Michigan to find fellow veterans who would be wiling to attend his funeral and say goodbye to a fallen brother.

“It haunted me that he wouldn’t be remembered,” Linton told FOX17 News. “I didn’t want to see him just fade away.”

As word of the situation spread, more and more people — especially veterans — were moved to attend the funeral at Graceland Memorial Park. Lindon said, “I was hoping we’d have a dozen people.”

The attendance at Samuel Schwartz’s funeral was much bigger than that, however, as the community wouldn’t let a Marine be buried without honors. 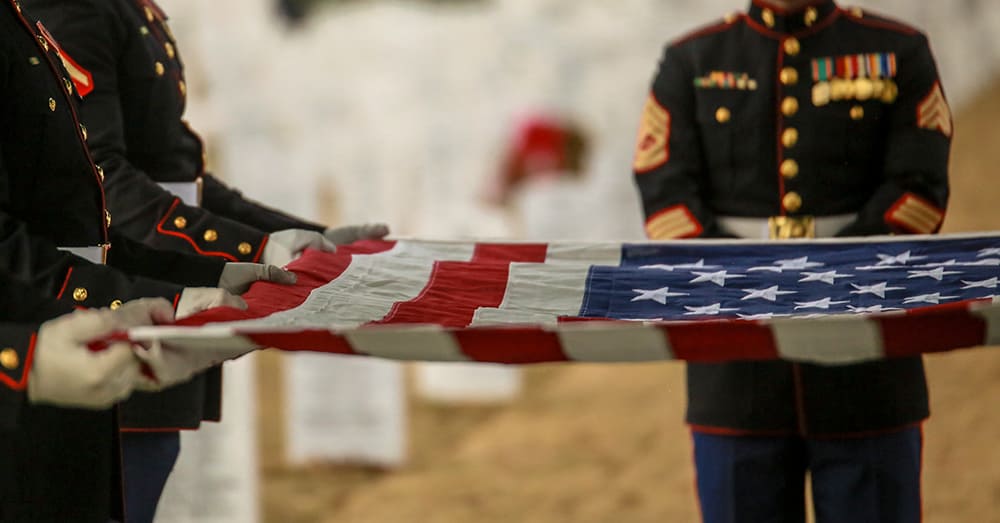 Among the organizations that heard about Schwartz’s funeral situation were the VFW, American Legion and the Patriot Guard Riders. Members of all these organizations turned out in scores to honor the former Marine. Members of several branches of the military also attended the funeral for Schwartz.

“I was just overwhelmed,” Linton told MLive. “This is a fantastic turnout. I was hoping we’d have a dozen people.”

With dozens of people attending his funeral — all of them strangers, but bonded through service or patriotism — Samuel Schwartz was buried with military honors and a 21-gun salute. 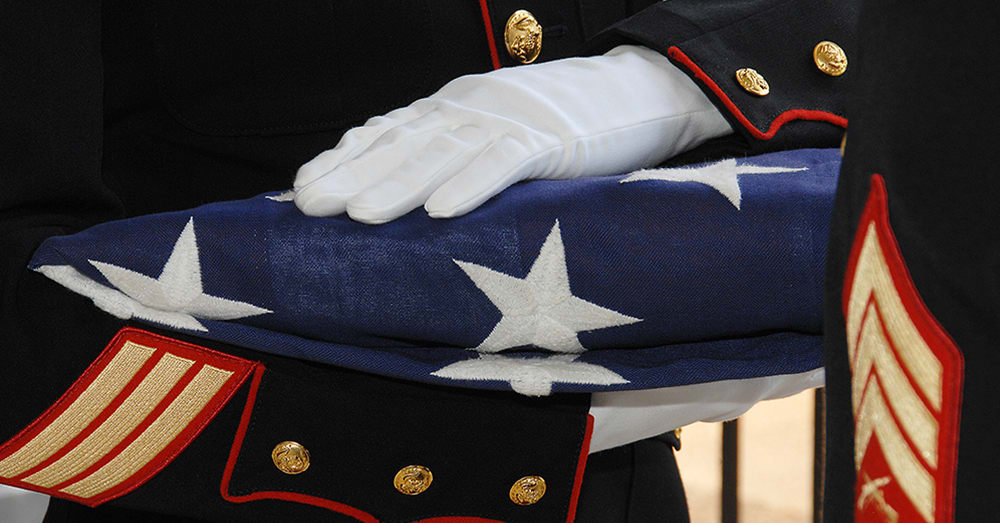 Samuel Schwartz enlisted in the Marine Corps in 1942 and fought with the Marines in the Pacific islands. As a Technical Sergeant, he met Elaine Hinrichs from the Marine Corps Women’s Reserve and the two were married. They were together for 60 years until she passed away in 2009. After he left the Marine Corps, Schwartz had a successful career in Grand Rapids, Michigan.

General Douglas MacArthur, in his farewell speech to Congress in 1951, famously quoted “Old soldiers never die, they just fade away.”

That wasn’t the case for Tech. Sgt. Samuel Lincoln Schwartz, however, who inspired complete strangers to honor him at his funeral, showing that this WWII veteran was not forgotten.

Watch the three-volley salute from his funeral.

Read about how the Patriot Guard Riders helped another fallen Marine on the next page!