It’s Big, It’s Loud, And It Can Perforate A Football Field In Seconds — Meet “Spooky,” The AC-130 Gunship

Spooky is the nickname for the AC-130 gunship, the fiercest and, yes, spookiest weapon in the American arsenal. It has been around for quite a while. When you see Spooky, or as we called it in Vietnam, “Puff the Magic Dragon,” in action, especially at night, it really sends a chill down your spine.

The first time I saw it in action was in early January of 1968. It was my first week in Vietnam and about two weeks before the beginning of the Tet Offensive. I was in Dong Ha, preparing to head up to my new unit, Bravo Co. 3rd Recon Bn, 3rd Marine Division, which was then up at the Marine base at Khe Sanh with the 26th Marines.

It was well after dark when I suddenly heard the strangest sound. It got my attention. I turned toward that sound and saw a straight line of red tracer bullets coming down out of the blackness toward a target on the ground maybe a mile away from us. 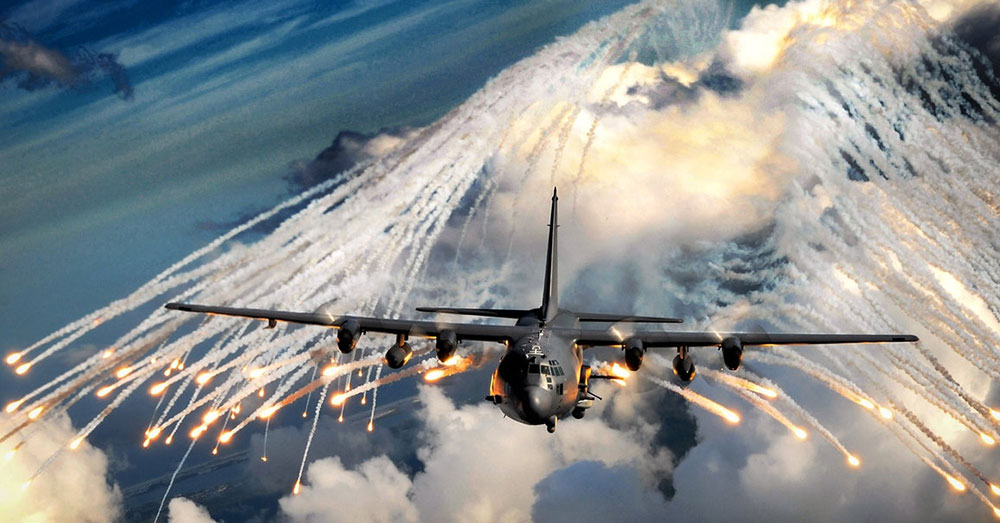 It was absolutely eerie. Spooky (“Puff”) was spitting hellfire and damnation at the enemy out there in the dark. You couldn’t see him up there in the dark sky, but you sure could see his fiery breath and hear his strange and menacing growl.

One of the Marines told me that he had heard that “Puff” could put a bullet into every square inch of a football field in a couple of seconds. I could only imagine what it would be like to be the target of something that intense and fierce. It spooked the hell out of me. I was sure glad that he was on our side, not theirs.

Spooky is still one of the most intimidating weapons in the Air Force arsenal today. It is a much improved, more versatile, and even more deadly beast than those I saw in operation in Vietnam all those years ago. It is still a powerful asset to the troops on the ground when they find themselves in difficult situations with a determined enemy, particularly in Afghanistan. 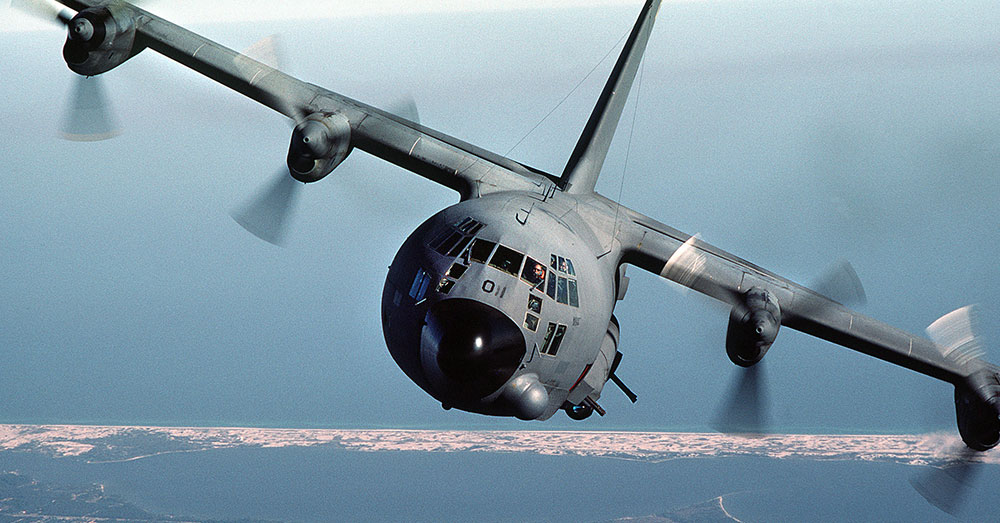 Source: Wikimedia Commons
An AC-130 gunship banks for a turn.

Recently, the 14-member crew of Spooky 43, an AC-130U gunship was awarded the Mackay Trophy. The Mackay Trophy is awarded annually by the National Aeronautic Association to honor the most meritorious flight of the prior year conducted by an Air Force person, persons, or organization. The award has been given every years since 1912. The crew of Spooky 43 were awarded the trophy for their actions over Boz Kandahari, Afghanistan in support of an Army Special Forces team that was engaged with a much larger force of Taliban insurgents.

The Special Forces team had been on a mission to capture or kill Taliban leaders in the area, but they found themselves in an intense battle with a much larger force of Taliban fighters. Spooky 43 arrived overhead and started raining fire down on the Taliban, especially from their 105mm cannon.

They were overhead providing massive and intense fire support to the troops below for two hours. They fired so fast and furiously that the 105mm cannon became dangerously overheated. But they had to keep up their supporting fire for the Special Forces team and their Afghan commandos, and the Air Force combat controller, Staff Sgt. Richard Hunter, who was with the Special Forces team and directing Spooky 43’s fire from the ground. 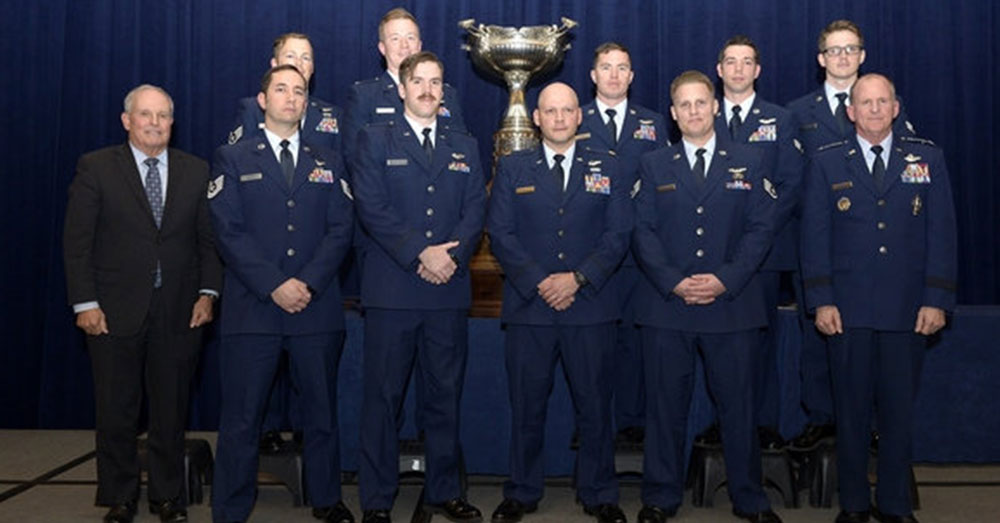 The Spooky crew had their jobs to do and they did them with great courage and skill, enabling the Special Forces team on the ground to get out of a very bad situation. The fire control officer on Spooky 43, Major Aaron Hall, described how the gunners acted fast to keep loading the severely overheated 105mm cannon immediately and firing before the shells could be in the overheated tube too long.

This was a very dangerous situation, but their swift loading and firing prevented the shells from “cooking off” and exploding, which could have destroyed the plane and everybody on it.

For their actions over Boz Kandahari in support of the Special Forces team that night, five of Spooky 43’s crewmembers were awarded Distinguished Flying Crosses. Four other members received Air Medals with valor for their actions. The Air Force combat controller on the ground with the Special Forces team that night, Staff Sgt. Hunter, received the Air Force Cross, which is second only to the Medal of Honor. 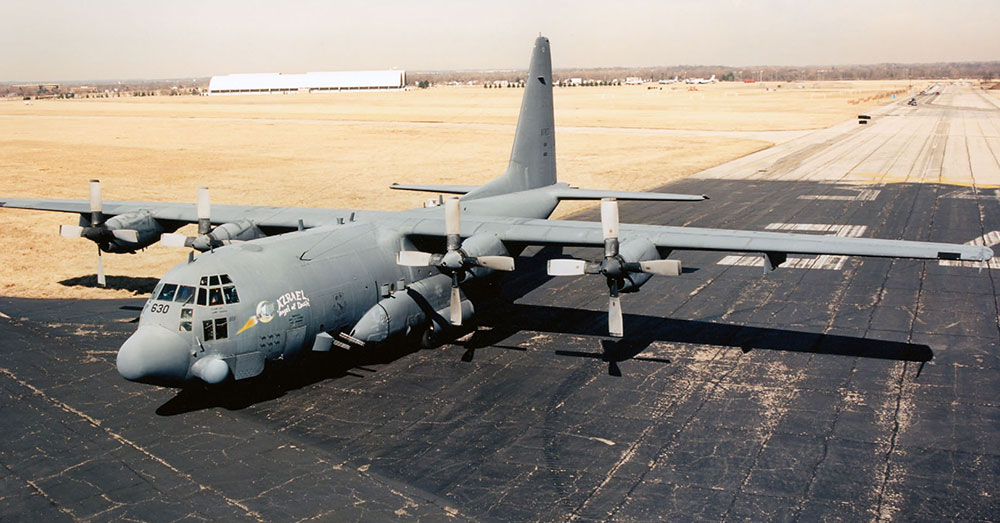 According to the Air Force Times, Major Aaron Hall, the fire control officer on Spooky 43, said of his men at the Mackay Trophy award ceremony, “The night of November 2, our 14 man team of air commandos did what Spooky crews have done and continue to do. We rode our war chariot into battle and that mighty chariot is an AC-130 known as Spooky.”

Spooky is what Spooky does. With its weaponry, and its ability to stay on station in support of the troops on the ground is one intimidating and scary weapons platform from the point of view the enemy that finds themselves in her sights. Her crews are dedicated to supporting their brothers and sisters on the ground with both skill and courage. The crew of Spooky 43 proved that powerfully well in this case. 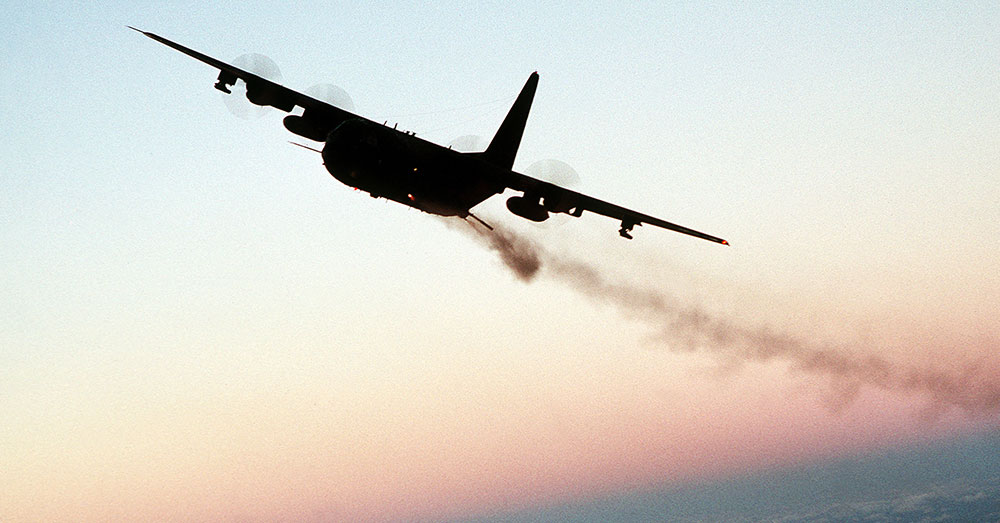 The Veterans Site sends its thanks to the 14 crew members of Spooky 43 and to all the Air Force personnel who man, support, and maintain that awesome war chariot. Those of us who have seen you in action and benefitted from your skill and determination to defend us from the enemy on the ground thank you from our hearts.