When Southwest Airlines Flight 1380 departed from LaGuardia airport on April 17, headed for Dallas, Texas, the unimaginable happened. Just 20 minutes after taking off, the Boeing 737 suffered catastrophic engine failure. One of the turbine blades broke loose, destroying the engine and sending debris into the airplane.

The debris broke a window where a passenger — Jennifer Riordan, wife and mother of two children — was sitting. She was partially pulled out of the plane as the cabin rapidly depressurized at an elevation of more than 35,000 feet. Jennifer Riordan died of her injuries from the accident.

“I grabbed my wife’s hand and I started praying: ‘Dear Jesus, send some angels. Just save us from this,'” said Rev. Timothy Bourman, a passenger on the flight, according to the New York Times.

For the passengers and crew on the fateful flight, there already was an angel of sorts onboard — and she was flying the airplane. Pilot Tammie Jo Shults, a former lieutenant commander and fighter pilot in the United States Navy, performed a successful emergency landing. Passengers from the flight are hailing her as a hero for her skill and nerves of steel. 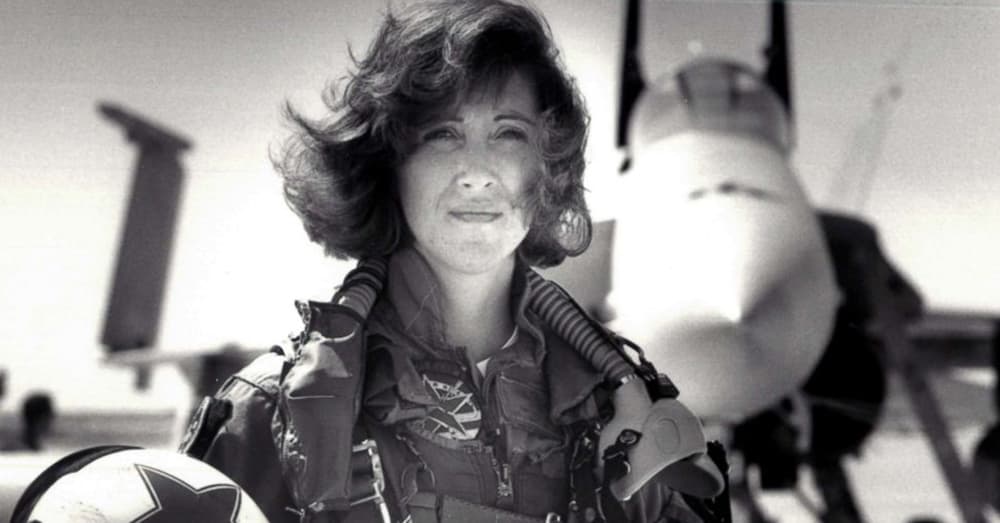 The ability to remain calm under pressure and perform the emergency landing is more understandable, yet no less remarkable, when learning that pilot Tammie Jo Shults was one of the first female fighter pilots in the U.S. Navy. She served from 1985 to 2001, and eventually became an instructor for the EA-6B Prowler and F-18 Hornet.

“In regards to the question on whether she was the first female Navy fighter pilot, we can confirm that [Lt. Cmdr.] Shults was among the first cohort of women pilots to transition to tactical aircraft,” said Navy spokeswoman Lt. Christina Sears. 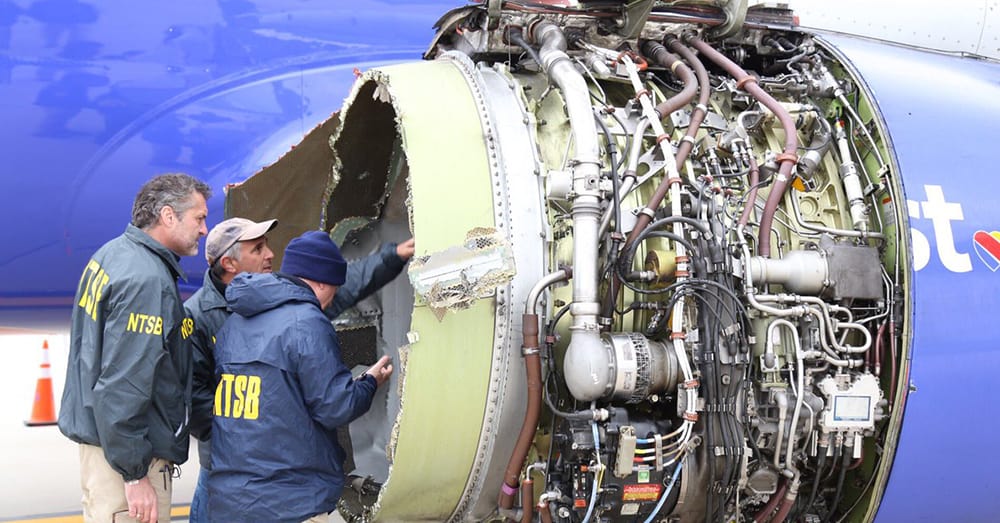 Twitter/NTSB_Newsroom — NTSB investigators examining damage to the engine of the Southwest Airlines plane.

It took nearly an hour for Shults to safely land the damaged airplane in Philadelphia, but an air traffic recording of Shults during the incident revealed that she remained calm, collected and focused on getting the passengers to safety. While chaos and panic erupted in the airplane, Shults never lost her nerve inside the cockpit.

“She has nerves of steel,” passenger Alfred Tumlinson told the Associated Press. Another passenger, Peggy Phillips, said, “To get us down with no hydraulics and a blown engine and land us safely is nothing short of miraculous to me. She’s a hero, for sure.”

Watch this video for more about the amazing veteran pilot, including the air traffic recording from the flight!