Riley has autism and ADHD, and his mother told the local news that he loves the Army. So when he asked for an Army-themed birthday party, his mother reached out to see if any soldiers would be willing to come to his birthday party in person.

Enter Staff Sgt. Nicholas Busse and several other recruiters from the Sacramento Valley Recruiting Company of the U.S. Army. The group of soldiers came to the party in their camouflage fatigues with gifts for Riley — including a special honor — and a lot of fun in the form of a massive Nerf gun battle.

“Operation: Riley’s Birthday Surprise” was a huge success for both Riley and the soldiers involved! 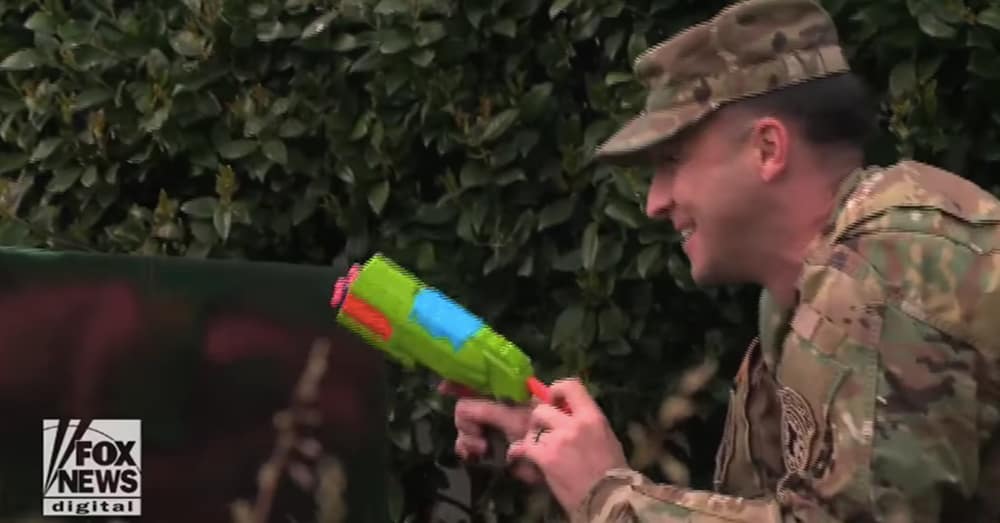 “It’s really special to see that the community comes together and that they’re willing to help him live a dream that he probably will never be able to live,” said Jessica Upchurch, Riley’s mother.

Staff Sgt. Nicholas Busse said it was special for him and the rest of the soldiers as well. He said, “It was really good to come out and express our gratitude to the children and people that support us.” 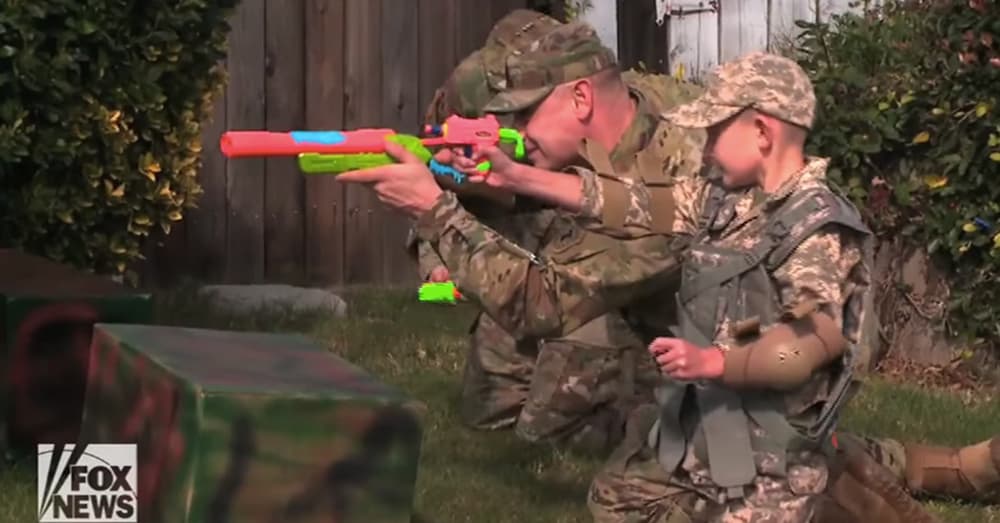 With Riley also dressed in Army fatigues, the group held a massive and fun battle on the front lawn with lots of Nerf guns. Riley got to “fight” alongside the soldiers as they battled their way to a birthday victory!

The party also had Army-themed treats and when it came time to open presents, the soldiers had a whole bag full of goodies for Riley. They also presented him with a plaque designating him as the Army’s Hero of 2018.

Watch this video to see all the amazing fun!