A U.S. Army Captain and his wife were expecting the birth of their son in February, but then they got devastating news just three weeks before the baby’s due date — he was deploying for Kuwait. Thousands of miles away, however, this soldier was able to witness the birth of his son all thanks to technology.

Using Google Chat, the soldier was able to use a live video feed on a cell phone to encourage his wife through the delivery process and witness the birth of his son since he couldn’t be there in person.

“I think it made him feel connected,” said Dr. Adrianne Colton with Virginia Physician’s for Women told NBC12. “Him feeling like he didn’t miss out on a pretty major opportunity and it really gave her the support and encouragement that she needed.”

Their baby son was born on Valentine’s Day at Johnston-Willis Hospital in Virginia. And a little bit of luck was involved with getting the video connection to begin with. The soldier’s wife said, “He was supposed to be in the air all week traveling around and we just got very lucky that timing didn’t work out for him traveling, but it worked for us really well.”

The military couple already have a two-year-old daughter, but complications from that first birth already had them worried before getting the news of deployment overseas.

“I had spontaneous identical triplets last time and we lost two of our girls shortly after I delivered and I’m sure that was in the back of his mind too,” said wife Stefanie.

Thanks to the video live stream from Kuwait to Virginia, the Army Captain was able to know immediately that the birth went well and their newborn son and his wife were both healthy. 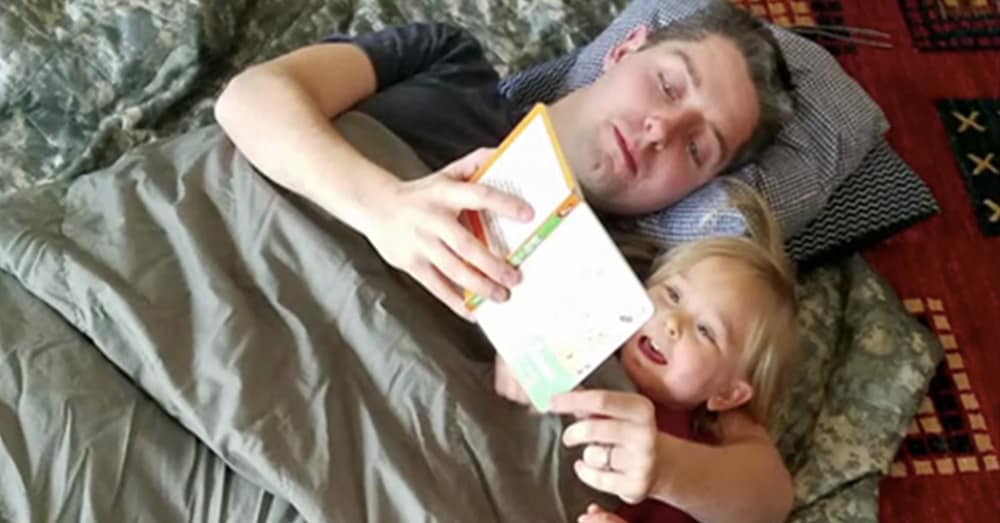 It may not have been the typical scene in the delivery room, but military families are used to adapting to changing or unique circumstances as a result of life in the Armed Forces. This family was certainly happy that modern technology allowed them to stay connected through such a special time in their lives.

“It’s a little challenging, but we make it work,” she said of being a military family.

The Veterans Site wishes this Army family the very best and hopes for the soldier’s safe return home to meet his son.