The viral “What The Fluff” Challenge has been sweeping the internet since it first caught on in early summer 2018.

Big dogs, little dogs, even cats are being fooled when their humans lift up a blanket in a doorway, only to drop it, and mysteriously vanish.

It usually takes a few seconds for them to catch on. Those humans couldn’t have gotten far…or did they turn into a crumpled sheet? 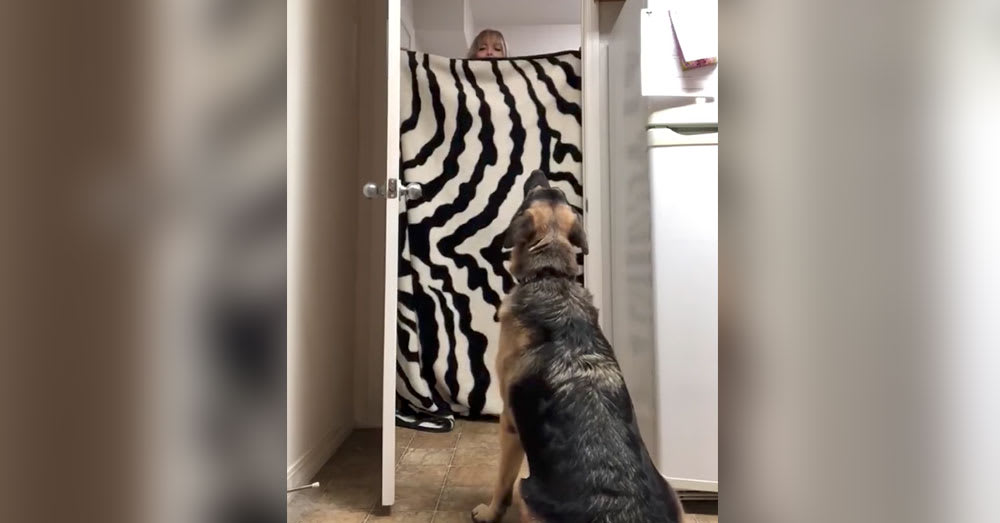 Source: Facebook/Unilad
The blanket in position…

By now, dogs and cats around the world have likely had enough of the blankets. Maybe a few have even caught on to the trickery. But that doesn’t make it any less enjoyable when the surprise is caught on camera. Nearly 50,000 posts have been tagged #whatthefluffchallenge on Instagram since the trend started.

And this one tops them all. 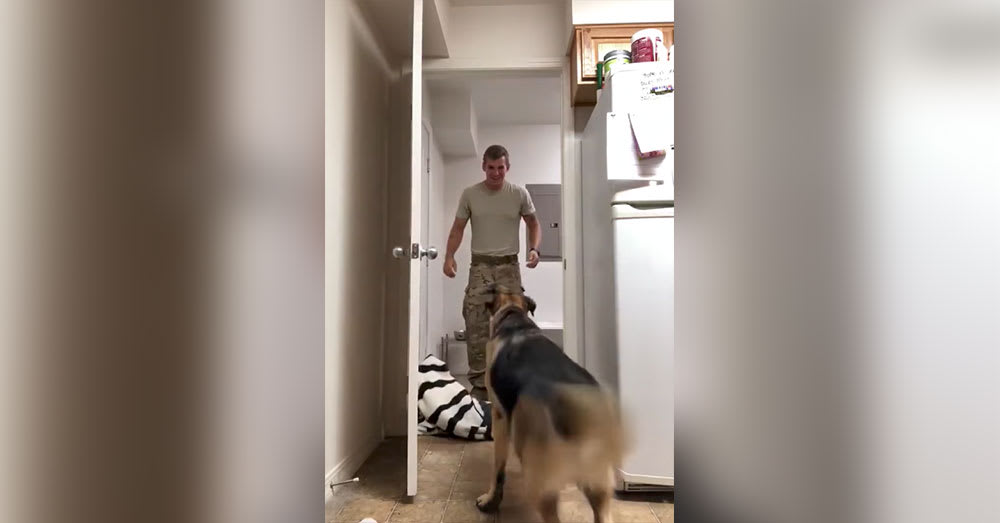 Source: Facebook/Unilad
Look who it is!

Homecomings are already a touching moment to remember, but when this soldier gets the idea to incorporate the challenge into his, the result are priceless.

Watch one of the best #whatthefluff challenge videos we’ve ever seen below!