Combat veterans generally are not in the habit of talking much about their experiences. There are lots of reasons for this. Often the memories are too heavy and recalling them is just too painful. But it can also be because those who have not experienced the real horrors of combat cannot truly understand the complex physical and emotional realities the veterans experience. Just as often, vets are not able to explain this reality to themselves. They just know and bear the emotional weight of these experiences inside. Sometimes, though, something happens that opens up the floodgates and triggers the memories and the emotions associated with those memories. For Former WWII U.S. Army Air Force pilot Marvin Skubick, this was one of those times. 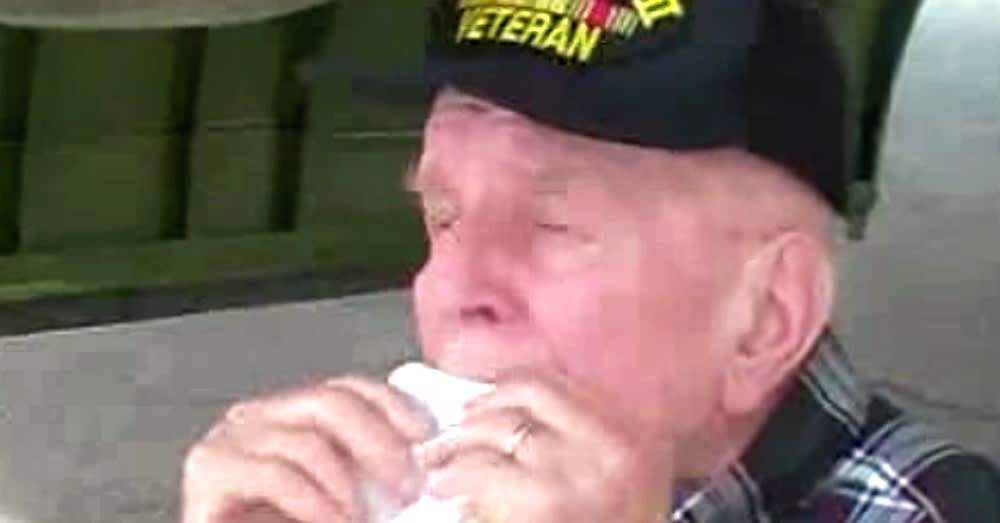 On June 11, 2008, Skubick, who had survived 35 missions flying B-17s out of an air base in Italy during WWII, was given the opportunity to fly one more mission in a B-17. His children, Daniel Skubick (a doctor) and Gail Grady (an elementary school teacher), had finally been able to arrange this opportunity through the Yankee Air Museum Flight Experience program. This program operates out of the Willow Run Airport in Michigan where many bombers were built for the U.S. Army Air Corps during WWII. (note: I wrote an article about this a while back)

Skubick, who was 84 years old at the time of this event, was originally hesitant, but had decided he wanted to do it only a few months beforehand. His wife, whom he met in 1945 when she picked him up hitchhiking, had died four years prior. As a widower, he also realized that he was one of the few remaining pilots from WWII. According to an article on MLive:

Skubick figured that, “If he was ever going to fly aboard a B-17 again, this was the year.”

It all came together and, as you will see in the video, his children heard stories about his experiences as a pilot for the first time. The emotions for Skubick were still raw and overwhelming. That day his children saw him in an entirely new light. Though the day was difficult both physically and emotionally for Skubick, it was a great day. It is never too late.

and wishes to thank Marvin Skubick and all of our WWII veterans and their families. It is clear that they were “The Greatest Generation” of Americans because of how they faced the great struggles of their time; because of the sacrifices they willingly endured for the nation. We thank them, too, for the many contributions they made to our country in their long lives after that war was over.

God bless them all.